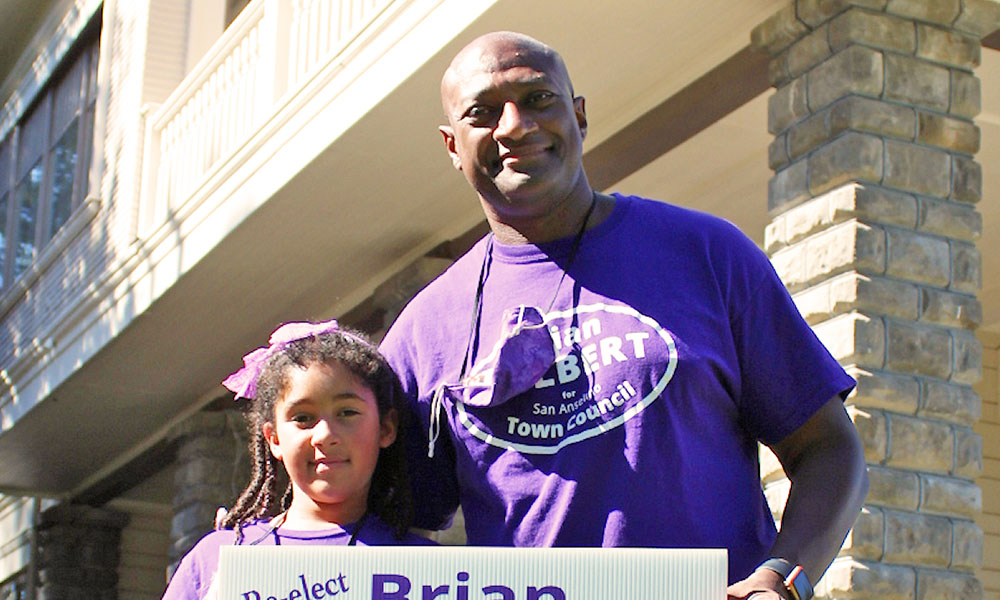 Brian Colbert, the vice mayor of San Anselmo, is seeking re-election to Town Council for 2020. Colbert previously served on the Town Council in 2017.

Colbert resides in San Anselmo with his wife, Nihal, and his daughter Leila, who is is a fifth-grader attending Wade Thomas Elementary School.

According to his election website, Colbert is seeking re-election to Town Council because he is accessible, has built relationships with his constituents and brought important and diverse perspectives and balance to the Council.

He will help San Anselmo address the many concerns brought on by COVID-19 by focusing on its community’s health, common sense oversight, fiscal planning and responsive local government.

He will focus on pedestrian and bike safety. Improving the downtown experience for everyone by helping restaurants thrive and continuing to build a compelling vision for San Anselmo’s historic downtown and its economic vibrancy by employing the principles of sustainability and bending the climate curve. He remains committed to open space, fire preparedness and strong local schools.

Colbert was recently interviewed for this article and said that while on the San Anselmo Economic Development Committee, he realized that flood mitigation is intrinsically tied to economic vitality. Downtown San Anselmo is susceptible to flooding. This is a real concern for small businesses there, as flooding would depress the level of investments on the part of landlords and businesses. 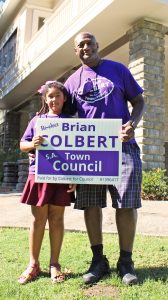 Brian Colbert and his daughter, Leila, (left) hold a campaign sign in front of the Robson-Harrington House in San Anselmo.

Colbert believes that the creation of a network of open spaces would really activate and bring economic vitality to downtown San Anselmo. This opportunity arose when Imagination Park was generously donated to the community by George Lucas. The County was also going to do a flood mitigation project in the heart of downtown. And Colbert thought the opportunity to continue creating the network of open space with a community project called Reimagine Creek Park should not be missed.

Open space is very important to Colbert. The parks are accessible to everyone in the community no matter their gender or color. Outdoor dining on streets closed to traffic on Friday, Saturday, and Sunday nights are helping many local restaurants survive the Pandemic. “We got so many of the restaurants investing in parks. They are not going back, they continue to embrace outdoor dining,” Colbert said.

People were also encouraged to walk to downtown, which also helps in the struggle against climate change.

Colbert sees that the changes have energized the community. “People are coming downtown. If you go down there in the evening, you see people doing gigantic bubble shows. People are taking over the street,” says Colbert. “What we did was to really focus on how can we help our small business right now. And how we can continue to deliver the groundwork for them to succeed, even during the COVID Pandemic.”

For more information on the re-election of Brian Colbert to San Anselmo Town Council in 2020, go to https://colbertforcouncil.com/