“Raised Up by Mrs. Manly & Her L’s” is a new children’s book by Sandra Evers-Manly with illustrations by Wendell Wiggins.

Inspired by the author’s mother, “Raised Up by Mrs. Manly & Her L’s” shares life lessons for raising caring, confident children.

“The book reminds us of those small basic things that make human decency good,” Evers-Manly said.

Inside the book, Manly-Evers shares one-word lessons that begin with the letter “L” such as love, listen, learn, lift, lean, lead, laugh and live that Mrs. Manly used as a foundation for raising her family.

“With my book, I seek to spotlight the long-lost traditions of basic kindness, community-building and love, and extend the legacy and undeniable imprint left by my mother for generations to come,” Evers-Manly said.

“Raised Up by Mrs. Manly & Her L’s” is intended for parents, children, educators and anyone who plays a role in raising, supporting and encouraging young persons.

One thing Evers-Manly likes most about her book is that it begins and ends with the topic of love.

“I’ve always been taught that the greatest thing in the world is love, loving somebody, and loving yourself and so I think for me, to have my mom always talk about the importance of love was so wonderful,” she said.

The book will interest readers of all backgrounds as it highlights the importance of neighborhood, family, listening, and learning. Through the examples shared in the book, readers will be inspired to love and lift others, be leaders, live their best lives, and remember to find time to laugh.

“By sharing the simple, timeless lessons of Mrs. Manly’s L’s, I hope this simple well-worn, proven example of family, motherly impact, and self-confidence will serve as a guide to daily living and caring for one another,” Evers-Manly said.

In addition to being an author, Evers-Manly works full-time in the aerospace industry. She is also the founder of the Black Hollywood Education & Resource Center.

“Raised Up by Mrs. Manly & Her L’s” is available for $21.95 via Amazon or seminspirationals.com, or at Eso Won Books in Leimert Park. All proceeds from sales of the book are being donated to charity.

This article originally appeared in the Wave Newspapers.

New sheriff says jail guards have right to fight back

Alexandre Dumas wrote plays, both comedies and dramas. Scholars describe his writing as having a “heavy emphasis on plot; his primary skill as a writer consisted of his capacity to imagine and execute tales of breathtaking adventures that cause the reader to experience feelings of excitement.” 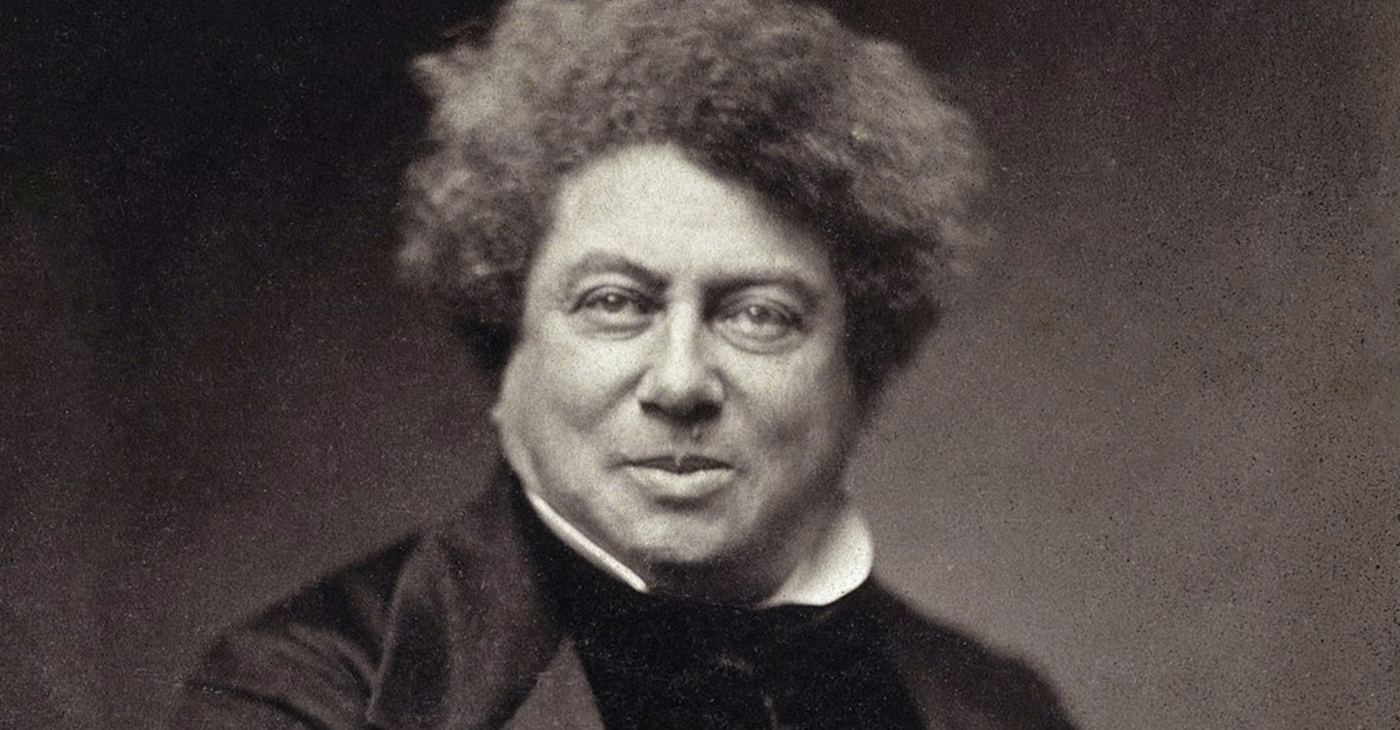 Best known for having penned the historical adventure novels “The Three Musketeers” (1844) and “The Count of Monte Cristo,” (1846) Alexandre Dumas (1802–1870) established himself as one of the most popular and prolific authors in France.

He wrote essays, short stories, volumes of romantic novels, plays, and travelogues, many having been translated into more than 100 languages and adapted for numerous films. But Dumas’ own story begins with his father, Thomas-Alexandre Davy de la Pailleterie.

Thomas-Alexandre adopted the Dumas name from his Haitian grandmother. He did so just prior to enlisting in Napoleon Bonaparte’s army. He rose to the rank of general, the highest rank of any Black man in a European army. He would separate from the military after clashing with Bonaparte over his Egyptian Campaign.

The elder Dumas left Egypt in 1799 traveling on what was known to be an unsound vessel. The ship’s troubles forced it to put aground in Naples, a city in southern Italy. There Thomas-Alexandre Dumas was arrested, thrown into a dungeon, and held for two years.

After his release, he returned to France. The following year, Alexandre was born. Thomas-Alexandre died when his son was four.

Dumas’ mother, Marie Louise Labouret, took on several jobs to ensure that her son was educated. He attended Abbé Grégoire’s school, but later quit to take a job assisting a local notary.

He held such a great interest in reading and books that he relocated to Paris at age 20 to immerse himself in literature. There he met the duc d’Orléans (later named King Louis Philippe) and began working for him as a scribe. It was then that Dumas dreamed of publishing his own works.

He wrote plays, both comedies and dramas. Scholars describe his writing as having a “heavy emphasis on plot; his primary skill as a writer consisted of his capacity to imagine and execute tales of breathtaking adventures that cause the reader to experience feelings of excitement.”

Dumas’ style is often compared to that of his contemporary and rival Victor Hugo.

It is estimated that all his published writings, if placed in one document, would span about 100,000 pages.

Dumas did well financially, but his spending rivaled his earnings. He spent much of his life in debt because of his extravagant lifestyle. He built a home in the country himself (now a museum), but after two years of lavish living, financial difficulties forced him to sell it. Another downfall was that he kept several mistresses.

Dumas married actress Ida Ferrier (1840) yet continued to have relationships with other women. According to scholar Claude Schopp, Dumas entertained about 40 women and fathered at least four children outside of the marriage.

To escape creditors, Dumas fled to Belgium, then to Russia. Still, he published his work, including travel books on Russia. He continued to take on mistresses, including much younger women in his old age. He remained married to Ferrier until his death in 1870.

“Low literacy and limited access to information-rich networks continue to be chief contributors to the prison pipeline,” noted Tracie D. Hall, executive director of the American Library Association. “Research shows that increasing the literacy rates and strengthening the library and information access opportunities for detained and formerly detained individuals often correlates to successful rehabilitation and reentry. 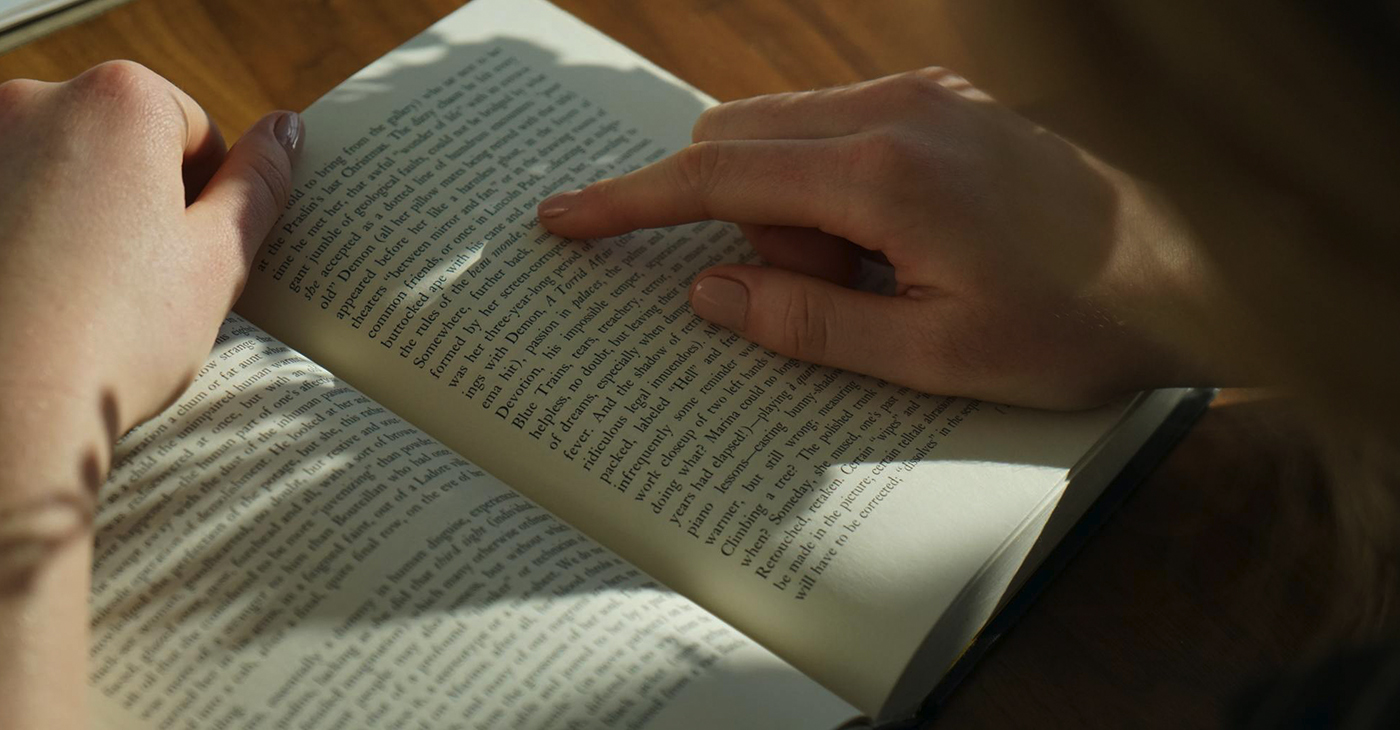 Reading a book in a library. (Photo courtesy of Marin County)

From the Mayor’s Office of Communication

Mayor London N. Breed announced a $2 million grant from the Andrew W. Mellon Foundation to support a collaboration between San Francisco Public Library (SFPL) and the American Library Association aimed at improving and expanding library services for incarcerated individuals both locally and nationally.

“For many who are incarcerated, access to information and resources through the library is a lifeline and critical to their rehabilitation process,” said Breed on Thursday. “I want to thank The Andrew W. Mellon Foundation for recognizing the pioneering work of this collaboration between San Francisco Public Library and the American Library Association, which will improve access to resources for incarcerated individuals nationwide.”

Co-led by SFPL’s Jail and Reentry Services team and the American Library Association (ALA), the Expanding Information Access for Incarcerated People initiative includes a comprehensive survey of existing models for library services to people in jails and prisons and a revision of outdated standards in collaboration with formerly incarcerated people and librarians.

Additionally, the project will involve the development of an interactive map that can be used to locate library services for incarcerated individuals nationwide and create a year-long virtual training series led by SFPL staff and other experts in the field.

Lastly, the project will pilot digital literacy trainings to support people in the process of reentry. The project will create three new positions at SFPL, an administrative position for grant fund distribution, a research analyst, and a librarian to provide support for the Jail and Reentry Services team.

“Little information is publicly available about the types of library services available to incarcerated people,” said City Librarian Michael Lambert. “This project will allow us to see where library services exist, where they can be better supported, and to provide that support through collaborations and training that will ultimately increase the amount of library services inside of jails, juvenile detention centers and prisons.

This project will have national visibility and share models for providing resources to people in jails and prisons across the country. To do this, SFPL will convene librarians and library staff providing services to the incarcerated population for a half-day meeting prior to the ALA 2022 conference in Wash., D.C.

Additionally, at the conference, ALA will host a hearing on the standards for library services in jails and prisons.

“Low literacy and limited access to information-rich networks continue to be chief contributors to the prison pipeline,” noted Tracie D. Hall, executive director of the American Library Association. “Research shows that increasing the literacy rates and strengthening the library and information access opportunities for detained and formerly detained individuals often correlates to successful rehabilitation and reentry.

“This grant will allow us to address some of the gaping information access needs of incarcerated people by identifying and improving existing services and growing new access points for library and information services. As a nationwide advocacy body, the American Library Association can help create standards and programming that hold weight with prison and jail administrations and influence library policy to better serve this community,” Hall said.

“For those who are incarcerated, access to literature can be the difference between rehabilitation or rearrest,” said San Francisco Sheriff Paul Miyamoto. “The Sheriff’s Office welcomes all programs that encourage education and support for opportunities upon release.”

The motion is expected to be heard at the Budget and Finance Committee in the coming months. Once the Ordinance passes, the Library can proceed with hiring staff to fulfill the roles outlined in the grant, which are additive to the Annual Salary Ordinance.

Located in the heart of Swan’s Market, the center’s walls and ceilings are covered with bold painted letters and designs. Chapter 510 also has a retail store where you can purchase a sweatshirt emblazoned with the words, ‘Poetry is Power,’ in addition to beautifully designed books, posters, and notebooks. 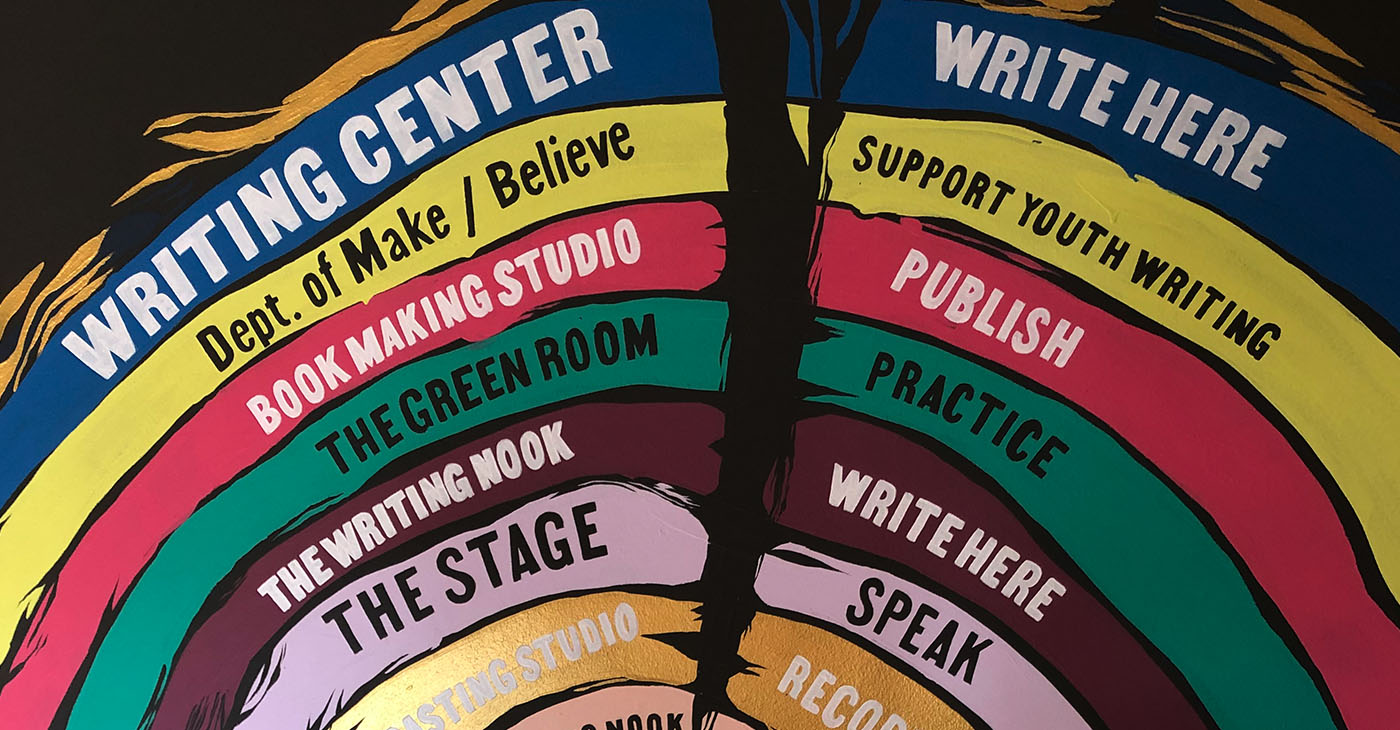 There was a celebration last weekend at 546 9th St., Chapter 510’s new home. Also known as the Dept. of Make Believe, the space offers free writing workshops, bookmaking, and publishing opportunities for young people of color.

Located in the heart of Swan’s Market, the center’s walls and ceilings are covered with bold painted letters and designs. Chapter 510 also has a retail store where you can purchase a sweatshirt emblazoned with the words, ‘Poetry is Power,’ in addition to beautifully designed books, posters, and notebooks.

In 2013, Janet Heller founded the center with Tavia Stewart to provide space for Black, Brown and queer youth to write and share their stories. The new space will allow Chapter 510 to expand their current programs, and in the future, offer podcasting and bookmaking.

At their opening weekend, Heller said, “Students of color need a space emotionally and physically where they can be supported by adults of color to write, edit, and publish.”

She emphasized that such a space has to be beautiful: “Light, air, and color is essential for creativity.”

Think about buying your holiday gifts at the center’s retail store and supporting programs for youth of color. For more information, go to www.chapter510.org or call (510) 469-0108.

How the Black Press Told the World About Emmet Till