Oakland, CA – After taking game one of a three-game series last night, the A’s got shutout by the Phillies making the road to the pennant race a difficult one. Unable to provide the run support needed to back Drew Pomeranz, Oakland fell back into their offensive slump.

The A’s held Philadelphia scoreless through six innings. But the bullpen allowed a double to Cody Asche and that sparked the offense for the Phillies. Freddy Galvis blasted a two-run homer to right field making it a 2-0 game. Pomeranz tossed five shutout innings, allowing one hit, two walks and six strikeouts.

“I was trying to throw a fastball in and it just kind of tailed over the middle of the plate, didn’t really have that sink to it, and he put a good swing on it,” said Dan Otero who gave up the home run.
Pomeranz struggled in the first but calmed down to get out of the jam. He loaded the bases when he allowed an infield single to Maikel Franco, walked Chase Utley and hit Marlon Byrd with a pitch. After settling down, he struck out Darin Ruf to end the threat stranding three.

“When we start nitpicking about one pitch, it means you’re not doing anything offensively to help out the other end,” Oakland’s manager Bob Melvin said. “That’s what it’s been like lately. One or two pitches within a game have been magnified because we’re not giving them enough run support.”

“It’s been almost three weeks, I was just trying to find my rhythm out there,” said Pomeranz. “It’s been awhile since I pitched in a game, even longer since I started.”

Despite being thrown into the lineup Pomeranz did a good job bouncing back from the first inning. He replaced Jason Hammel who was out for the birth of his child. Pomeranz made his first appearance since Sept 2 and his first start since Aug 27. He has a 0.60 ERA over the first three innings of a game and did not allow a run through five frames.

The A’s had a few opportunities but failed to drive in any runs. Both Adam Dunn and Josh Reddick knocked two bloop singles in the second putting two on with one out. Jed Lowrie’s single up the middle loaded the bases but Derek Norris hit into a double play to ended the inning stranding three.

“I just didn’t let it travel far enough to hit in the hole where I was trying to hit it for a base hit in right, and I just hit it right at him,” Norris said. No excuses. Just gotta be better in situational hitting, get a ball more elevated next time.

Reddick leadoff the fifth out running pitcher Jerome Williams to first base and was safe. But Lowrie hit into a double play followed by Norris grounding out to end the inning. Williams pitched seven frames, gave up four hits, one walk and struck out three. Williams is the first pitcher to to earn three wins against the same opponent in a season as a member of three different teams.

“I don’t think anything changed after the second,” said Williams. “It’s just I had a couple pitches I left over the plate and I wasn’t attacking the zone, keeping the ball down, getting key ground balls when I needed them.”

The Phillies extended their lead 3-0 with an insurance run when Byrd hit a RBI single after Utley hit a double in the eighth. Despite Oakland’s loss they still lead both the Royals and Mariners by a 1/2 game for 1st in the American League Wild Card.

Lester Looking to Give A’s Hope

“Better Together! We are ready and have the money to purchase the City’s interest now,” Brown said. “And we have the will and the history and the legacy to co-develop the property with the A’s, who own the other 50% interest, having purchased it from the County in 2019. A’s president Dave Kaval has expressed his support of this powerful joint venture.” 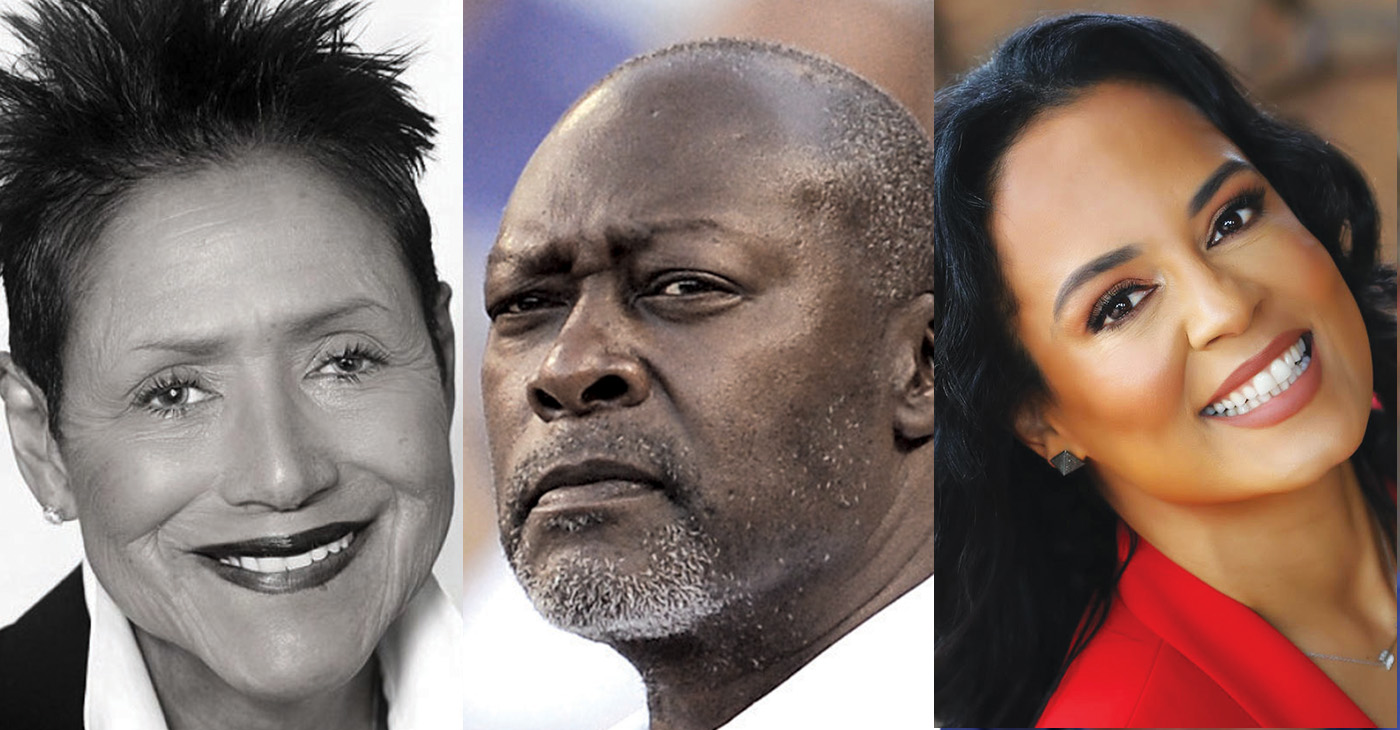 Editor’s note: Below is the text of a media statement from Oakland & the World Enterprises (OAW), Elaine Brown’s group. The content was edited by Post staff.

This Dream Team’s Proposal is supported by a stellar lineup of the likes of Damien Lillard and Brian Shaw, 100 Black Men of America and Moms 4 Housing, according to the media statement.

The proposal was meant to influence the Oakland City Council to Vote on Proposals, Thursday, Nov. 4, in Its Closed Session and during future council deliberations.

“We found common ground in our vision of lifting up the Black and Brown communities of East Oakland through development of the abandoned Coliseum with Elaine Brown and her team,” Lonnie Murray stated on Tuesday.

Responding, Brown said, “Dave Stewart is committed to the same ideals to which I’ve pledged my whole life since heading the Black Panther Party, and that is why I reached out to him and Lonnie for partnership in purchasing and developing the Coliseum site.”

“Better Together! We are ready and have the money to purchase the City’s interest now,” Brown said. “And we have the will and the history and the legacy to co-develop the property with the A’s, who own the other 50% interest, having purchased it from the County in 2019. A’s president Dave Kaval has expressed his support of this powerful joint venture.”

Dave Stewart is a Black man born and raised in East Oakland, a Black man celebrated all over the world as one of MLB’s greatest pitchers, who led the Oakland A’s to its last World Series championship, the statement said.

More, though, Dave is a proud Black man who brought himself up from the streets of East Oakland to a starring role in a game that remains white dominated. He had to be better than the best in the game, and he was, in the tradition of Satchel Paige. And he is ready to put all his resources on the line for his beloved community according to the statement.

Lonnie Murray, CEO of Sports Management Partners, is the only Black woman certified as a player agent by the MLB Players Association. In addition to the constant struggle she wages to bring more Blacks into baseball and create more opportunities for women, she represents, among others, Bruce Maxwell, the first MLB player to kneel during the National Anthem; Bianca Smith, the first Black woman hired by MLB as a baseball coach, and Marly Rivera, the first and only Latina MLB writer, the statement said.

Like Lonnie Murray, Elaine Brown is a strong Black woman who has navigated male-dominated spaces with aplomb. As the only woman who led the Black Panther Party, Elaine’s commitment to Black people, particularly in Oakland, goes back 55 years, according to the press statement.

Presently, Elaine Brown, as CEO of Oakland & the World Enterprises (OAW), is driving its mission to launch and sustain businesses for ownership by Black and other socioeconomically marginalized people, particularly formerly incarcerated people. With co-developer McCormack Baron Salazar, OAW is currently co-developing a 79-unit, 100% affordable housing complex at 7th and Campbell Streets in West Oakland, set to break ground in December, the press statement said.

“Show Me the Money”

“Incredibly, Vice Mayor Rebecca Kaplan,” according to the media statement, “is working against the Stewart-Brown union to support a proposal from a group that does not offer to pay the full purchase price on signing an agreement, does not have the experience to develop the site, but more, does not have the support of the Oakland A’s as a necessary partner.”

“The Stewart-Brown team is urging the Council not to be swayed by the smoke and mirrors of an ambitious politico who has no real commitment to the Black community,” the statement said.

“In a few days, the people of Oakland will know whether or not its Council is committed to a real community benefit that the Stewart-Brown team offers or will surrender to the personal ambition of one Council member,” the media statement concluded. 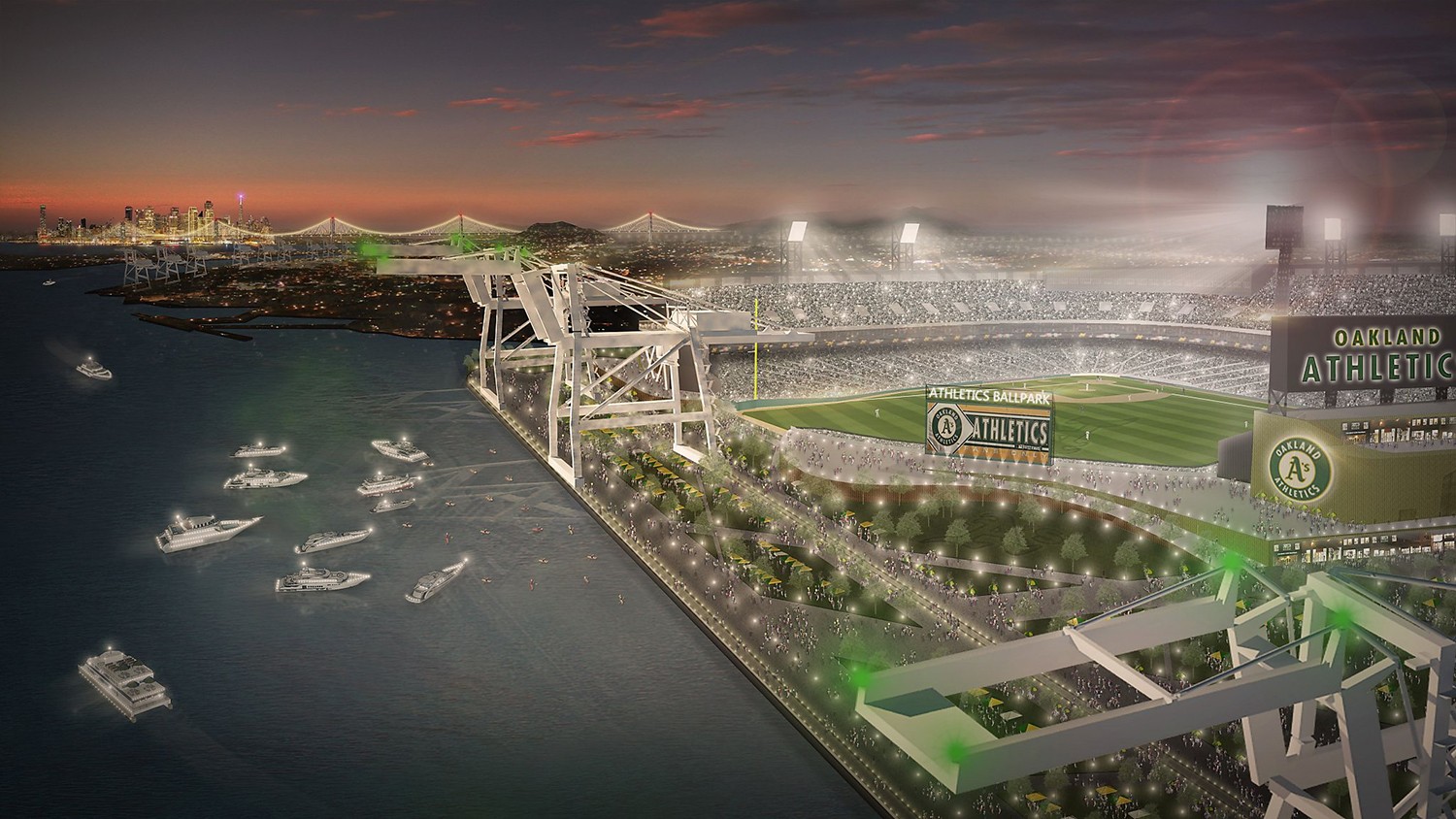