The People, United, Will Never Be Divided
Advertisement 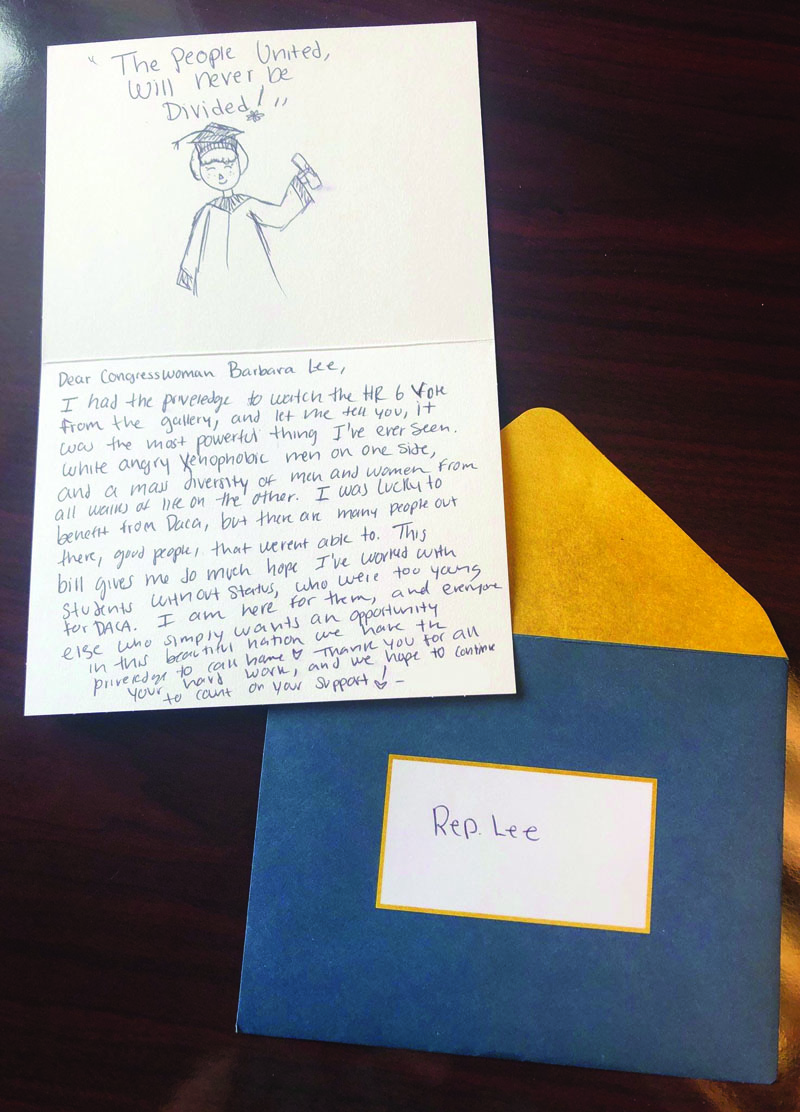 Last week, the House passed the historic Dream and Promise Act to provide a pathway to citizenship for millions of Dreamers and other immigrants.

These young people were brought to the United States as children — for many, this country is the only home they’ve ever known. They’re our neighbors, our friends, our children’s classmates. They want and deserve a life as citizens of this great nation.

But immigrants are people with very real unique stories. I wanted to share this beautiful letter I received from a DACA recipient after the House passed the Dream Act:

The letter starts with, “The people united, will never be divided.”

That’s right. Together, our voices are more powerful than Trump’s xenophobic agenda determined to paralyze immigrants with his harsh policies and deportation force.

Together, our voices are more powerful than Trump’s henchmen, like Senate Majority Leader Mitch McConnell who has said the Senate won’t vote on this legislation.

Undocumented young people and their families are every bit American as Trump and McConnell. It’s time we say so on paper.

Opinion: City Workers are Standing Up for a Better Oakland