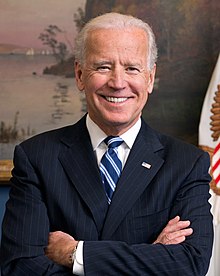 Pres. Joe Biden this week signed a series of executive actions aimed at advancing racial equity in the United States.

The list included an executive order directing the Dept. of Housing and Urban Development to address racial bias in federal housing programs; another order phasing out federal contracts with private prisons; a memorandum recommitting the government to respecting tribal sovereignty of Native American nations; and another memo directing the Dept. of Justice to collect better data on hate crimes against people of Asian and Pacific Island descent, which have risen during the COVID-19 pandemic.

Biden cited the death of George Floyd, the Black man murdered by Minneapolis police last May and whose killing reinvigorated the Black Lives Matter movement, in announcing the actions, referring to Floyd’s murder as “the knee on the neck of justice.” Notably, however, none of the actions announced were related to police violence. Additional action on policing is expected from the administration in the coming weeks.

“For too long we’ve allowed a narrow, cramped view of the promise of this nation to fester,” Biden said in a speech ahead of the signings on Tuesday. “When we lift each other up, we’re all lifted up. And the corollary is true as well — when any one of us is held down, we’re all held back.”

The move to end contracting with private prisons was applauded by many civil rights advocates. Biden called it “a first step to stop corporations from profiting off of incarceration.”

Still, Biden remains at odds with what has become a core demand for the Black Lives Matter movement: to divest from policing and instead spend the money on community programs like housing, health care, and education.

Biden says he supports increased federal oversight of the police but also wants to increase funding for the police, especially for community policing programs.

The memo affirming tribal sovereignty was also widely celebrated by Native American activists. Historically, the federal government, backed by the courts, has ignored legal treaties signed with Native American nations, bulldozing over tribal rights and failing to consult tribes on federal policy that affects them. “To do this one week in office really speaks to [Biden’s] commitment to Indian Country,” Nikki Pitre, executive director of the Center for Native American Youth, told The Hill.

Biden has nominated New Mexico Rep. Deb Haaland, who is Native American, to be Secretary of the Interior. If confirmed by the Senate, which she is expected to be, Haaland will become the first person of Native descent to hold the position and would be in charge of oversight of federal lands and waterways, plus the animals, plants, and natural resources located there. She would also manage the federal government’s relationship with tribal nations.

Biden on Tuesday also recommitted to working with Congress to pass legislation to invest in historically Black colleges, and said he planned to triple investment in schools that serve a majority of low-income students.