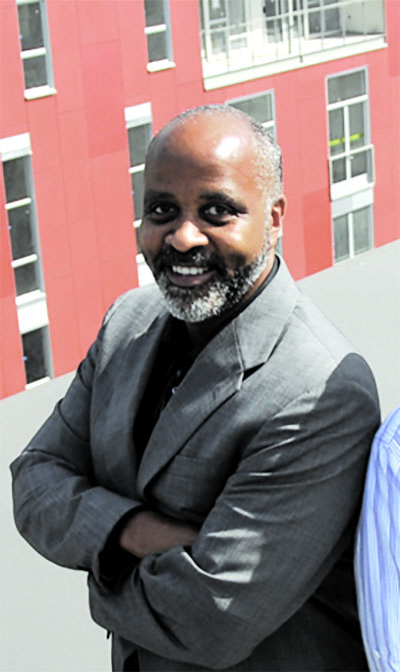 Oakland’s skyline is changing. There are 8,600 new housing units under development.
The largest new development is the 40-story tower under construction at the corner of 14th and Franklin Streets. This will be a 660-unit building.
Alan Dones is a developer who is an integral part of this real estate expansion in Oakland.
He is a co-developer on the Eastline Project, a structure that encompasses the entire block bordered by Telegraph, Broadway, 21st and 22nd Streets. His partner in this development is Lane Partners.
This proposed project is 1.57 million square feet of office space. This building will be larger than the Salesforce Tower in San Francisco.
Dones is also the local partner leading a multinational team undertaking a large transit-oriented development at the West Oakland BART Station parking lot. His partner for this project is China Harbour Engineering Company, a state-owned Chinese company that ranks among the top 10 engineering and construction firms in the world. 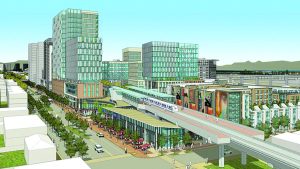 Dones is no stranger to real estate development. His late father, Raymon Dones, co-founded Trans-Bay Engineers and Builders. Trans-Bay made history in 1970 when they partnered with Turner Construction to create the first joint venture between a majority firm and a minority builder.
Trans Bay completed over $200 million worth of construction contracts during its 20 years of business, including Oakland City Center Office Buildings I, II, and III, three high-rise office towers, and MORH  Housing, three 12-story apartment towers in West Oakland.
Dones is principal of ADCo, Inc, a General Engineering Construction contractor, and managing partner and co-founder of SUDA, LLC, a firm specializing in large-scale, innovative public agency projects and mixed-use development. SUDA has completed several landmark projects in Oakland and is currently pioneering international development projects in Africa.
Other new office development projects under construction in Oakland are 601 City Center—600,000 SF, 1100 Broadway “the Key”—334,000 SF, 2150 Webster Street—236,000 SF, and 1955 Broadway “Uptown Station”—356,000 SF.
Related Topics:Alan DonesOaklandreal estate
Up Next

The A’s unveil new ballpark plans to open in 2023