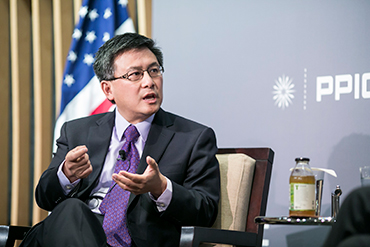 Chiang’s office called the grants an “emergency” response to possible cuts in federal health care spending being contemplated in Washington.

The money is earmarked for any small or rural nonprofit clinic that would be at risk of reducing services or closing its doors altogether in the event of large cutbacks in Medi-Cal, the state’s version of the Medicaid program for people with low incomes.

That includes Planned Parenthood clinics, some of which are struggling already. The organization recently announced that three of its clinics in Northern California will close their doors at the end of this month.

A possible repeal of the Affordable Care Act and potential cuts in federal funding for Medicaid would only add to the financial pressure on some clinics.

California has 1,237 licensed community clinics, which serve 30 percent of the state’s 14 million Medi-Cal beneficiaries, according to the treasurer’s office.

The Republican-sponsored American Health Care Act, passed by the House last month, would leave 23 million more people uninsured over 10 years than under the ACA and slash projected federal spending on Medicaid by $834 billion over the same period, according to an analysis by the Congressional Budget Office. That would leave California and other states with a big financial hole. The House bill also contains a 1-year ban on federal funding for Planned Parenthood.

The U.S. Senate is currently deliberating behind closed doors on a health bill of its own. Many observers expect it to contain smaller spending cuts.

Chiang’s spokesman, Marc Lifsher, said the grants for California clinics would be up to $250,000 apiece. “That will buy the clinics some time and a little breathing space if these negative things occur,” Lifsher said. Chiang, a Democrat, has announced his candidacy for governor in the 2018 election.

The one-time grants will come from an infrastructure fund for hospitals and clinics that is operated by the treasurer’s office.

Cathy Frey, CEO of the Central Valley Health Network, based in Sacramento, said the grants would be a temporary security blanket for clinics that serve a disproportionate number of poor patients. The money might help pay the salaries of mid-level staff for a year, or help a clinic in assessing if it would be better off merging with a larger health care organization, she said.

The 13 centers in the Central Valley Health Network have not had to reduce services yet, Frey said. But she added that if the federal government were to cut Medicaid spending on the scale currently contemplated, clinics throughout the state — especially smaller ones — would be in serious trouble.

“Health centers are basically the back bone of the Medicaid program. If they go away, the system is pretty much kaput,” she said.

The anti-choice climate at the federal level combined with low Medicaid reimbursement rates have hit Planned Parenthood clinics hard, Cramer said — though next year’s state budget, approved by the legislature last week, could provide some relief. The budget includes $50 million to boost payments for women’s health providers, in addition to $325 million to boost payments for physicians who see Medicaid patients.

John Gerardi, the executive director of Right to Life of Central California, a conservative group based in Fresno, said he supports the idea of the grants but worries that Planned Parenthood could use the money to perform more abortions.

“There are a lot of great health centers that provide a broader array of women’s health services and better prenatal care than Planned Parenthood,” Gerardi said. “We just don’t think [Planned Parenthood] is as deserving.”

At this point, some clinics need the money just to retain staff and keep operating, Cramer said.

“I think our focus would be to keep doors open,” he said. “We’ve had to lay off staff across the state. If these funds were there, maybe we could have kept more staff on board, at least a little longer.”