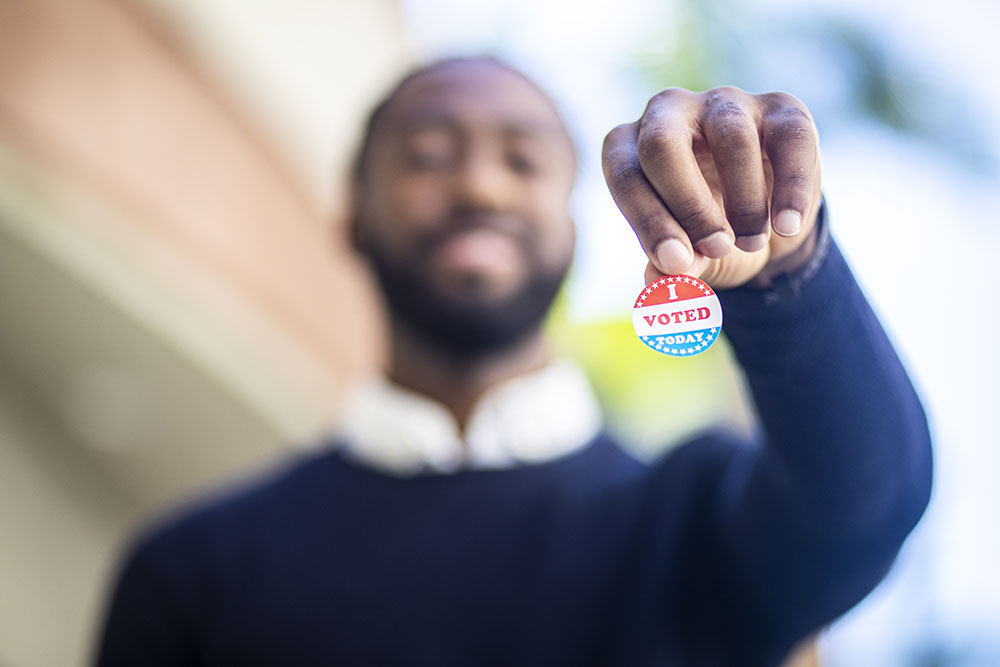 In an election year when a few votes in a handful of swing states will likely determine who will win the U.S. presidency, poll watchers are predicting that young people could be the deciding vote in several places.

Across California, young voters are speaking out about the issues that concern them this election, and decisions that will affect their future. On Sept. 11, Power California, a civic engagement organization that encourages young people of color to participate in government, hosted their “Fight For Our Future Campaign Kick-Off.”

Young activists from all corners of California spoke about issues coming up in the November election to launch the campaign, which aims to reach more than 150,000 California voters between the ages of 18 and 35 through virtual phone banking and texting.

Ixchel Arista, a 15-year-old youth organizer with Oakland Kids First, advocated for Measure QQ, a ballot initiative in Oakland which will allow 16 and 17-year-olds to vote in school board elections.

“Students feel the most impact as we spend most of our lives at school, yet have no say in decisions being made for our education. We need to be able to decide who is making these impactful decisions,” said Arista.

Annie Gonzalez, the actress known for her role as Lidia Solis on Netflix’s comedy-drama series “Gentefied,” hosted the virtual event. She addressed the struggles that young people of color are facing in the lead up to the election.

According to Power California’s 2020 Youth Poll, 46% of young people surveyed had difficulty buying food, household supplies or medicine during the COVID-19 pandemic, and 67 % said their state government is not doing enough to address the impact of COVID-19.

“Young people of color have been hit hard by these crises, and their needs and futures must be centered in this election, and always during the recovery, from young essential workers risking everything to take care of us to college students unsure about their future to everyday young people struggling to afford rent,” said Gonzalez.

Kendrick Sampson, activist and actor known for his role as Nathan Campbell on HBO’s popular comedy-drama series “Insecure,” addressed the young people watching the event as well. He stressed the importance of activism and participation.

“I’m inspired by all the young people. It’s what keeps me going and motivated because y’all are leading the movement across the country. Young people like yourselves are rising up and fueling movements for justice, from Black Lives Matter and calls to defund the police to climate change and immigrant rights,” Sampson said. “You are the leaders and the moral compass of our nation in every major movement for justice that has been true in our past, and it is still true today.”

Tyler Okeke, a 19-year-old organizer with Power California, asked young people to sign a letter asking Gov. Gavin Newsom to endorse Proposition 15. The ballot measure would require commercial and industrial properties to be taxed at their market value. According to Ballotpedia, 40 % of the revenue generated will fund school districts and community colleges.

“It will require decisive action from our elected leaders, especially leaders like Governor Newsom,” he said. “We need leaders who will put people over corporations and take steps to meet California’s most essential human needs while recognizing that young people are the central force of this future that we want for this state.”

Early voting in California will begin Monday, Oct. 5. Registered voters will be able to either mail in or drop off their ballots from that day until the day before Election Day, Monday, Nov. 2.