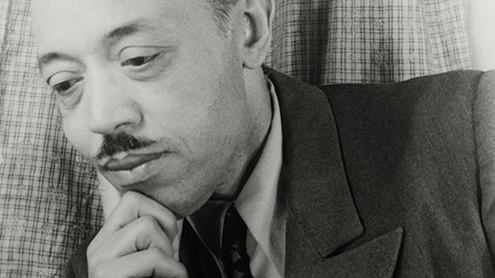 What began as a violin lesson from a private teacher and later with endless hours of listening to Red Seal recordings led to William Grant Still (1895–1978) not only becoming the first African American to conduct a professional symphony orchestra in the U.S. but a prolific composer of operas, ballets, symphonies and other works. 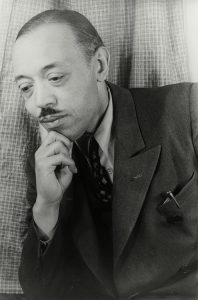 Image Source:  By Carl Van Vechten – This image is available from the United States Library of Congress’s Prints and Photographs division under the digital ID van.5a52662.

Raised in Little Rock, Ark., by his mother, a school teacher, and his grandmother, Still studied medicine at Wilberforce University. This decision was on the advice of his mother, whose concern was for “the societal limitations for Black composers.” But Still’s love for music was so deep that he changed his major as well as the university.

He would perform in orchestras, working in particular with the violin, cello and oboe. This diversity in exposure would lead him to work for the likes of W.C. Handy, Don Voorhees, Sophie Tucker, Paul Whiteman, Willard Robison and Artie Shaw.

Reflected in much of Still’s works were the daily challenges Blacks in U.S. society faced, notably in one of his orchestral works “Darker America” (1924).

In composing this piece, Still’s desire was to expose the serious side of Black music and “the triumph of a people over their sorrows through fervent prayer.”

Musically, this work “marks a middle path between the lighter symphonic jazz arrangements of contemporaries like Gershwin or Whiteman and the dissonant experiments of white modernist composers of the time,” according to critics.

Despite the fact that it gained him recognition and was a major step in finding his own musical perspective, Still later reflected on Darker America, viewing it as an “immature work.”

Another musical milestone for Still was the first symphony by a Black composer to be performed by a major orchestra: “Afro-American Symphony” (1930). This work blends jazz, blues and spirituals into a traditional classical form. While many were giving jazz respect and a place in the concert hall, blues was seen as low-class and vulgar music.

Combined in this piece are spirituals he heard his grandmother sing to him as a child; the Realist influence of mentor George Chadwick, who sought to portray the lives of down-to-earth, common people; and the pride and cultural activism of the Harlem Renaissance.

Still’s legacy remains remarkable both for the barriers he broke and the inventive works he wrote that blended European art music with African-rooted popular and folk music. He died of congestive heart failure in 1978.