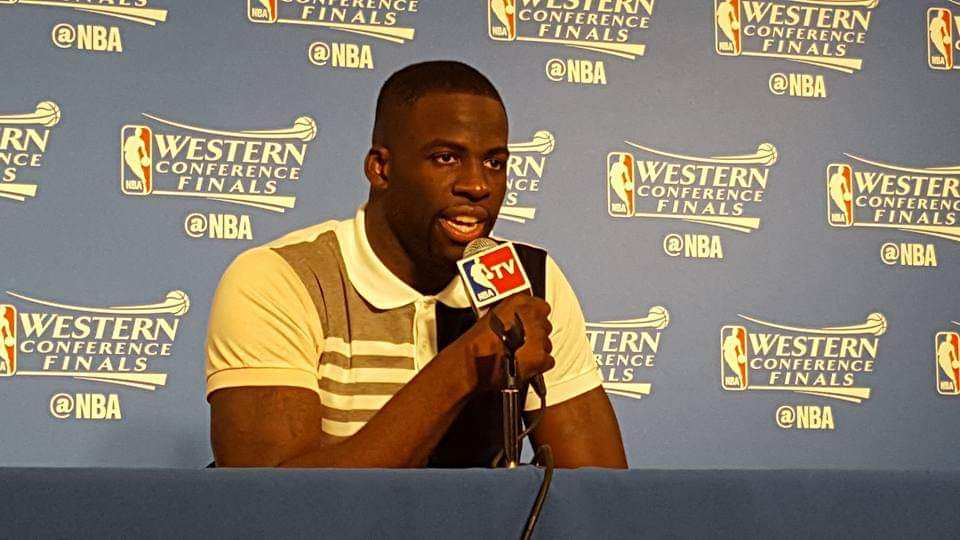 Draymond Green, 30, has won three National Basketball Association (NBA) Championships with the San Francisco-based Golden State Warriors and is known to be an agitator on the court.

Now, the three-time NBA All-Defensive First Team selection has mounted an attack off the hardwood in another arena: Politics. Green is speaking out, online and off, expressing his displeasure for Assembly Bill (AB) 1998, the “Dental Practice Act,” which is authored by Assemblymember Evan Low (D-Campbell).

If passed by the California Senate, AB 1998 would make it more difficult to access teledentistry services by requiring an in-person visit to a dentist.

The bill would also prohibit internet companies from offering direct-to-consumer products like clear aligners or other orthodontics to Californians until legislation is passed that establishes parameters for how teleorthodontic companies may operate.

Last week, Green fired off a series of tweets directed at AB 1998 and Low. At a Business and Professions Committee hearing on AB 1998 held in May, Low had opened up his presentation to the members of the committee with a salvo declaring that teledentistry and telehealth are “telecrap.”

You’re clearly trying to minimize what I’m saying because I’m an ‘NBA champion’, but I’m actually coming at it as someone who grew up with nothing. And who’s mom sacrificed to get me braces. How many others can’t afford it? Kids who grew up like me and look like me. @Evan_Low https://t.co/Pe2rBywTTG

“This will disproportionately hurt communities of color; not everyone can go to health-care providers,” Low said. “The reality is that subpar treatment can do real harm, the risk is too high.”

But Green says that he is standing up for disadvantaged African Americans who can’t afford to just drop into a dentist’s office to get X-rays and clearance before they can purchase dental products they need from companies like SDC.  But his objection is also personal.

Two days before his Twitter rant, he sent a two-page letter to several California politicians explaining the hardship he once experienced trying to get affordable dental care.

In it, the athlete said his mother struggled to pay $7,000 for the metal braces he wore between his eighth- and 12th-grade years. He also wrote that he broke his retainers when he arrived at Michigan University and couldn’t leave to fix them because of the strict demands of his basketball schedule.

Because of “crooked teeth,” he wrote, smiling wasn’t a gesture of his for many years.

He also shared personal stories of how affordable direct-mail dental products helped him fix his teeth and regain his confidence. “After seven years of hiding my smile, I made a decision that I was going to finally fix my teeth again. Only this time I decided that I would try invisible aligners. I came across a teledentistry platform with licensed dentists by the name of SmileDirectClub,” Green stated in the letter.

Limiting access to such products to others seemed unfair to Green.

However, Green’s political pushback against AB 1998 may also be rooted in more than one stake the athlete has in teledentistry. Green has a financial investment in the SmileDirectClub (SDC), a global leader in the online dental care industry. In September 2019, Forbes reported that Green started investing in SDC four years earlier in 2015 at a $150 million valuation. The financial publication also mentioned that Green could make 40 times more from his investment. SDC began trading publicly on Sept. 12, 2019, according to Forbes.

But Green ascribes the issue of profits more to the idea of protecting dentists.

“The only issue of profits here is you giving more to dentists, while, once again, underserved communities are shut out. Sounds like you’d prefer if I shut up and dribble @Evan_Low,” Green tweeted on July 10, the day Low’s comment surfaced in the media.

In his letter, Green asserted that because Assemblymember Low’s constituents are among the richest Californians, and that maybe Low is unaware of how his legislation might hurt poor Californians.

“If there is something I’m missing as to why you would consider adopting a bill that would take away doctor discretion to subject a patient to radiation, that would also limit access and significantly increase the cost of dental care then let’s set up a call to discuss,” he offered. “This is California. We’re supposed to be leading on these issues. Instead, this bill is a step in the wrong direction.”

Low’s district covers parts of the South Bay and Silicon Valley. Home to a number of tech companies, the area is more than 50% white and under 3% African American. Latinos account for about 17%.

But Low believes the teledentistry industry takes advantage of poor communities. “This will disproportionately hurt communities of color; not everyone can go to health-care providers,” Low said. “The reality is that subpar treatment can do real harm, the risk is too high.”

Green told recipients of his letter that the California State National Association for the Advancement of Colored People (NAACP) and the California Black Chamber of Commerce are all opposed to AB 1998.

In March, California State NAACP President Alice Huffman asked the Legislature to knock down any bill that would create an obstacle to affordable dental care.

“Now, more than ever, the African American community needs as many options as possible to close the disparity gap for oral health care. African Americans and other people of color have the right to affordable, quality health care treatment,” Huffman said.