Who Will Be Vice President-elect Kamala Harris’ Successor and the Next Senator from California?
Advertisement 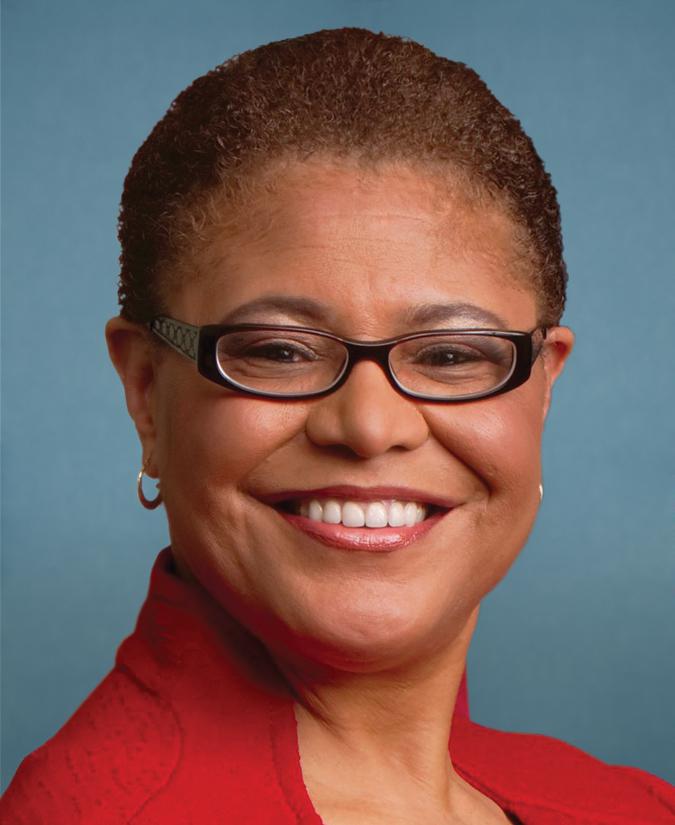 California Gov. Gavin Newsom will most probably select a replacement to fill the term of Vice President-elect Kamala Harris. The term will be up in 2022.

Newsom could make history by appointing the first Latinx senator from the state of California. California is 38.1% Latinx according to the 2010 Census and 5.8% Black.

Harris was the second Black woman in the history of the United States to be a senator: Carol Mosely Braun (D-Illiniois) was the first from 1993-1999. Currently, Harris is the only Black woman senator.

Another choice Newsom could make would be to appoint a candidate who would be the first senator from California who is openly gay.

Newsom could also side-step the appointment and call for a special election or a placeholder until the 2022 election.
Candidates on the short list:
Black women:
U.S. Rep. Karen Bass (D-Los Angeles)
Bass, 67, was on the short list as Biden’s VP pick and is the head of the Congressional Black Caucus. She was also speaker of the California Assembly prior to her election to Congress in 2010.

Rep. Barbara Lee (D-Oakland)
Lee, 74, has been in Congress since 1998 and is the former chair of both the Congressional Black Caucus and the Progressive Caucus. She worked for the late Ron Dellums and served in the California Assembly and State Senate.

Latinx possible candidates:
California Attorney General Xavier Becerra.
Becerra, 62, was appointed to fill the remainder of Harris’ term as attorney general of California when she won the election for senator in 2016.  Once a congressman from the Los Angeles area, Becerra was the first Latino member of the U.S. House of Representatives to sit on the Ways and Means Committee and to chair the House Democratic Caucus. During his term tenure as attorney general, Beccerra has filed more than 100 lawsuits against the federal government on immigration, healthcare, the environment, and civil rights.

Mayor Robert Garcia of Long Beach, California
Garcia, 42, is the youngest and first Latinx, and first gay mayor of Long Beach. Newsom endorsed him for mayor and Garcia was an early supporter of Newsom’s run for governor.

In a press conference on Monday, Newsom said: “[n]o timeline has been established. The process is just beginning to unfold. We are working through the cattle call of considerations related to what’s the profile, the right choice to replace Sen. Harris.”