Andre Ward Knocks Out Kovalev to Defend His Title
Advertisement 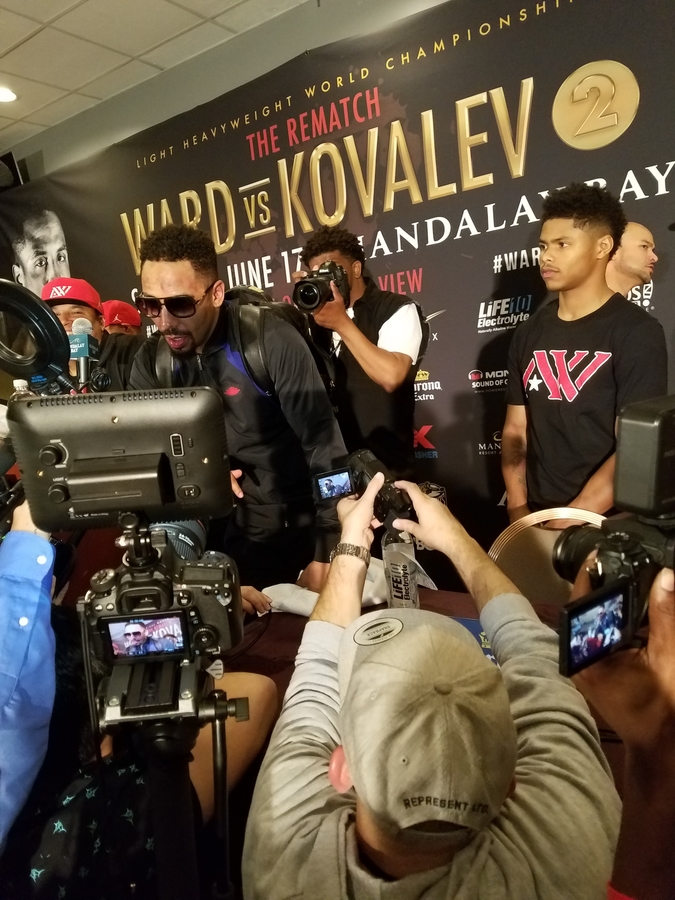 In a boxing rematch after a controversial boxing decision last year, Andre Ward ended the controversy before it could start, when he stopped Sergey Kovalev in an eighth-round technical knockout, to defend his WBO Light Heavyweight Championship at the Mandalay Bay Events Center in Las Vegas, Nev., on June 18.

“This fight adds to my boxing legacy,” Ward said after the fight. “Kovalev is a great fighter, but I was determined.”

Born and raised in Oakland, the Light Heavyweight Champion made his mark in the fight that was his second big pay-per-view bout.

Ward jumped out on Kovalev early, setting the tone with his superior boxing skills and showing improved punching power.

Ward would hit Kovalev with big shots to start each round and then he would box the cagey Russian fighter. Kovalev is a rhythm fighter and Ward’s activity, which wasn’t present in the first fight, confused Kovalev. Fast starts and quick movement around the ring caught the Russian boxer off guard.

In the eighth round, Ward hit Kovalev with several body blows, with one coming close to his belt. With this blow, Ward stopped as it looked as if the referee called a time-out.

After a pause, Ward rocked Kovalev with a vicious straight shot with his right hand, that staggered Kovalev and his legs buckled. Ward then got him on the ropes and hit him with several upper cuts before Kovalev quit as he raised his hands to the referee. The referee then stepped in and stopped the fight.

Ward’s aggressive strategy was very different from the last time they fought. In the first fight, in November of 2016, Ward was caught off guard by an aggressive Kovalev, who knocked him down in the second round. Ward had to rally in the last six rounds to win that fight by a split decision.

“I got a better start in this fight than the last fight,” said Ward, who has the boxing moniker SOG, Son of God.

“You have to remember, this is not a video game, as this is real life and I was in the ring with a championship fighter.”

Ward said that he knew the body shots were working, when Kovalev, “started grunting inside, when I hit him with the body shots.”
With the win, Ward is now 32-0 with 16 knockouts. With the loss, Kovalev is 30-2-1.
Kovalev had a different view of the fight’s outcome. There were several body shots that hit the belt and Kovelev complained after the fight that he was hit with a low blow and he was upset with the halt to the fight.

“He didn’t hurt me,” said Kovalev. “I got tired and I could still fight him, and I don’t know why the referee stopped the fight.”

The referee, Tony Weeks, stopped the fight after it appeared Kovalev threw his hands up in a surrender mode.

Kathy Duva, Kovalev’s promoter, said she will file an appeal of the result.

“Kovalev got hit with four low blows,” said Duva. “We asked the commission for instant replay of the blows at the time, but they didn’t grant it.”

At the time of the fight stoppage, Ward was winning two of the judges’ boxing cards, 67 to 66 and losing on one judge’s card 68 to 65.