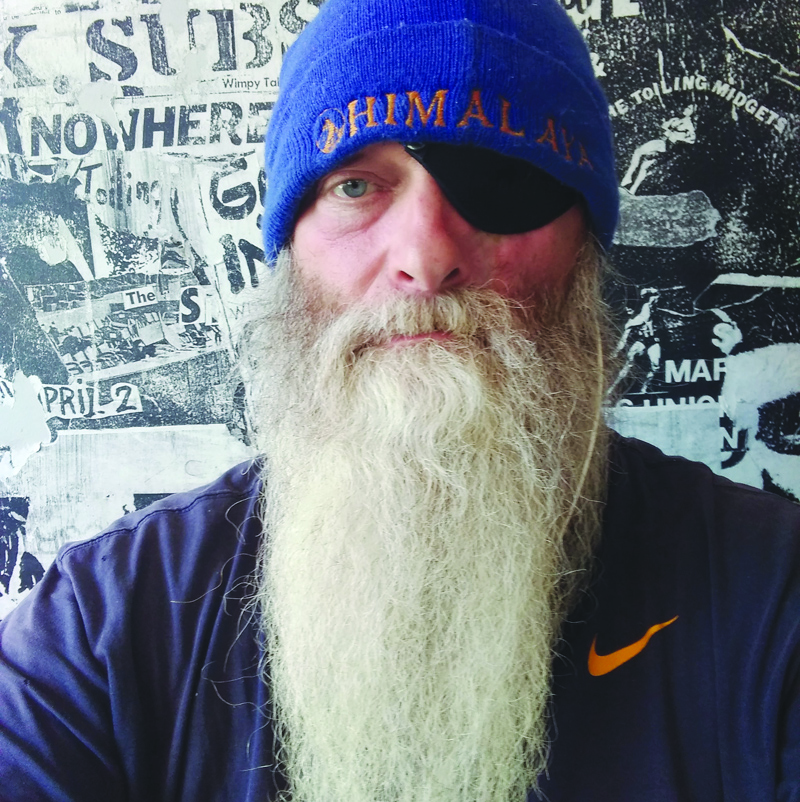 Timothy Busby, a 56-year-old writer who lives in a van in Berkeley, just started chemotherapy for cancer in his neck. He has tried to plan ahead by arranging indoor shelter for his recovery through his healthcare, non-profit, state and county programs but has been unable to secure it. A friend of his, Alastair Boone, is putting together a fundraiser to secure him a hotel room to recover in, and Busby is accepting the help.

“There are so many different systems that are failing in this case,” said Boone, who criticized Busby’s healthcare provider for not taking into account his shelter needs, a crucial factor in his recovery.  Busby pays $507 a month to Blue Cross Blue Shield Mississippi, the vast majority of his $733 disability income. They have not agreed to provide him a private space for his recovery once he exits the hospital.

Robbi Montoya, the program director for Dorothy Day House, describes Busby as “a personal friend.”  She has offered him shelter space for his recovery, which was difficult to arrange.  In order to reduce the risk of COVID for those that use their shower, laundry and shelter services, Dorothy Day House has reduced their services by about two-thirds.

Busby is worried about the risk of infection if he is sharing space, particularly showering space, with other people who live on the street during his recovery. He is hoping to secure a hotel room instead for a two- to three-week period after he exits the hospital, which Montoya also thinks would be his best practical option.

“A shelter environment would be a last resort,” she said. “If he can’t continue to be in a medical facility throughout his full recovery, the next best thing would be a hotel room where he can be safe and clean.”

“My immune system will be really low as it is with anybody who receives chemo and radiation,” said Busby. “So, I’ll be more susceptible to COVID. Given the circumstances of being on the street, that could very easily be a death sentence.”

Although the County of Alameda and the State of California launched programs to protect people experiencing homelessness from COVID-19, these programs are failing to meet Busby’s needs. At the time of writing, data shows that Operation Comfort, a state and county program, has secured 873 hotel rooms and that 129 of them are currently empty. But Busby doesn’t qualify for this program as it is currently limited to people who are COVID-19 positive, symptomatic, or have had contact with those who have tested positive for COVID.

Project Roomkey and Operation Safer Ground, which are temporary COVID response state and county-funded shelter programs for COVID-19 victims, could possibly have been options for Busby a little over a month ago, but he is not been able to access them now.

The County of Alameda’s web site states that as of November 1, “no additional guests will be placed in Safer Ground sites.” Of Project Roomkey, the site says, “the program will soon be winding down.”

In an e-mail, Alameda County Communications Director Jeri Randrup claimed that “stimulus funds are no longer available” for Project Roomkey hotels. State funding could change and it is possible the programs could expand between now and January when Busby is set to be released from the hospital, but none are known at this time.

When I interviewed Busby over the phone a few days before his chemotherapy started he was becoming accustomed to using a feeding tube at The Acute Care Tower in Highland Hospital. He said breathing too deeply felt like someone was hitting him in the ribs. His tone sounded subdued and rugged. He saw his cancer and chemo as small bumps in the road compared to more traumatic past events in his life. He anticipates receiving help, and he also had fond memories in his past that he felt were “just part of the balance.”

“Ying yang, tit for tat, whatever you want to call it” he said. “You can’t have extreme happiness without extreme unhappiness.”

Busby grew up in Mississippi, then moved in California at age 19 and learned about asbestos abatement. He moved back to Jackson, Miss., at age 24, starting his own successful and lucrative asbestos abatement business. He described the times when his business was booming as “unbelievably good,” and that he “got to see and experience a lot of things that most people don’t.”

But Busby said he “experienced some unbelievably horrific times as well” in Mississippi.  He moved from Jackson to Ocean Springs where, during a two-year period, he lost six close family members and friends as Hurricane Katrina destroyed his house and everything he owned. He tried to start his business back up, but continued to face setbacks and never came close to succeeding at the level he previously had. Worse times were soon to come.

In 2011, he was shot at point-blank range on the left side of his face. His doctors told him he had a 5% chance of survival. It took him two years to have a minimal understanding of what even happened. The injury required 14 different surgeries. Eventually, his wife left and he started living under a bridge in New Orleans.

“It was very dangerous,” Busby said of being homeless in New Orleans. “People got killed there all the time and it was never shocking.”

He moved back to California in his mid-40s, eventually settling in Berkeley, where he has published articles primarily about life from the viewpoint of being homeless. Although he currently lives in a van, much of his writing is informed by the five years he spent sleeping on cardboard, under a bridge or in front of stores and dumpsters. Recently he published an article in Street Spirit which serves as a grave warning to those at risk of eviction related to COVID-19 where he described five stages of becoming homeless. It was through his work with Street Spirit, where he has published about a dozen and a half articles, that he met Alastair Boone, who edits the publication.

“We were just talking and he mentioned that he was worried that he wouldn’t be housed throughout his recovery,” Boone said. “It’s not like he asked [for help]. I think the assumption with most people in Tim’s situation is that you just have to make it work, do your best to find a safe place.”

Boone is happy to help Busby with her fundraiser but laments that so many others are likely in a similar position and cannot get the help they need through healthcare or state and county programs.

“It’s heartbreaking knowing that he wouldn’t have had anything come through for him if we didn’t happen to be connected,” she said.

Last summer, Busby published an article in Berkeleyside that served as a tribute to a close friend, Michelle Marie Larson, and described how her lack of shelter contributed to her death.

The tribute also spoke of her generosity and how she would always share the little she had, including her food stamps, feeding Busby and others who were hungry. When he is able, Busby also helps to feed people, and volunteers regularly with Food Not Bombs.

“I really like Berkeley and I really enjoy life,” said Busby. Berkeley is where he claims he has found the best people he has ever met.

Shortly after moving to Berkeley he witnessed his “first experience of agape love.” He saw a woman, who was also experiencing homelessness, give a homeless man who appeared to have even less than her, both materially and in terms of cognitive capability, her only coat on a cold night.

“That guy doesn’t have the ability to get a coat,” he recalls her saying in reaction to his baffled response to her choice, “I do.”

People like her, Boone, Montoya, and Larson have all impressed Busby who said lately he has “met more and more people that do things because they’re the right things to do, and not because of what they’ll gain.”

Boone finds that relying on individuals to do the right thing is not a sustainable model and said that what “should fall on a welfare program, falls on the people.” She wishes government programs met people’s needs more often.

“One of the reasons we see such a high mortality rate amongst people that live on the street is that when you are unsheltered and you fall upon bad health you usually don’t have resources” she said. “You just have to make use of what’s available to you outside and in most cases that makes your chances of survival very low. That’s unacceptable.”

Readers who wish to donate to help shelter Busby during his recovery can do so through this link:https://www.gofundme.com/f/house-tim-busby-during-his-chemo-treatment