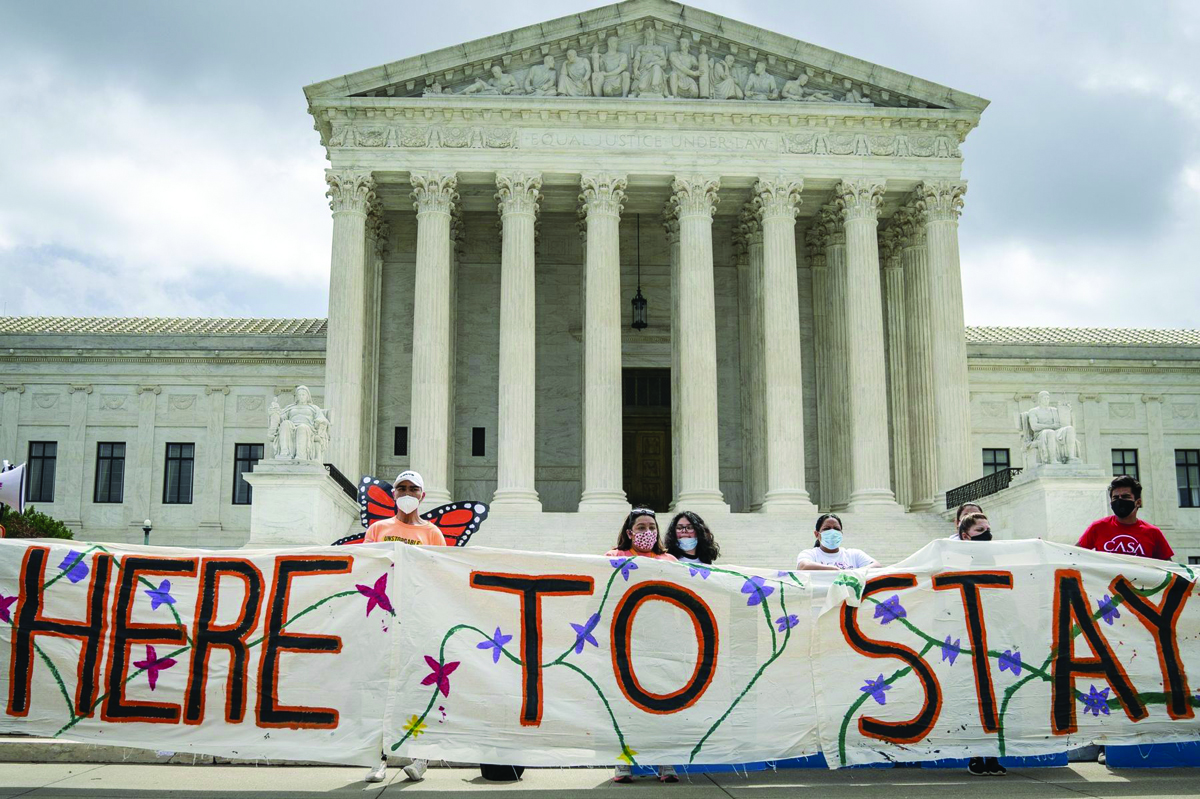 On June 18, the United States Supreme Court ruled against the Trump Administration’s decision to end the Deferred Action for Childhood Arrivals (DACA) program. The renewable federal provision allows people who were brought illegally to the U.S. as children to defer deportation and receive legal permission to work, study and live in the United States.

According to BAJI’s website, the group stands up for the rights of African, Caribbean and other minority immigrants across the United States and stands with African Americans in the fight for racial justice.

“This moment would not have happened were it not for the Black uprisings that have centered Black lives in this country,” Gyamfi continued. “This decision is a welcomed reprieve for DACA recipients and a call to action in support of Black Liberation. There are no permanent protections for any immigrants until African American human rights and dignity are protected.”

The court decided by a 5-4 vote that the Trump administration had not provided “a reasoned explanation for its action,” according to the majority opinion written by Chief Justice John G. Roberts.

California has played an integral part in the fight to keep the DACA program. Regents of the University of California were the defendants in the Supreme Court case, and the California Dept. of Justice led a coalition of 21 attorneys general in defense of the program.

“Today, America told the DREAMers that this is their home,” said California Attorney General Xavier Becerra in a June 18 statement. “The highest court in our land saw through the Trump Administration’s illegal, baseless excuses. The Court agreed: if you work hard and play by the rules, you deserve a chance to get ahead.”

According to the National Immigration Forum, about 653,000 “DREAMers,” are currently protected under DACA, with over 200,000 recipients residing in California. The average DACA recipient arrived in the U.S. at age 7 and has lived in the country for more than 20 years.

The Supreme Court decision comes at a time when DREAMers are facing heightened hardships due to the COVID-19 pandemic. According to the Center for American Progress, 202,500 DACA recipients are on the frontlines of the nationwide COVID-19 response. Most of these recipients are essential workers in healthcare, education and food-related industries.