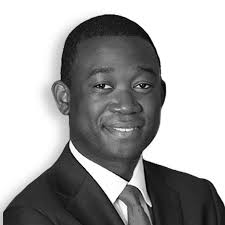 A week after U.S. Rep. Clyburn called out President-elect Joe Biden for having only one Black person in his administration so far, two African Americans were selected to serve on his economy team.

In a press conference on Monday, Biden made history by selecting the first woman, Janet Yellen, to head the Dept. of Treasury. He nominated Adewale Adeyemo, a former member of the Obama administration, to serve as the first Black man as deputy treasury secretary. Cecilia Rouse, who also served under Obama, was picked to head his Economic Council.

If confirmed, Rouse will be the second Black person in Biden’s executive branch as it is a Cabinet position. Vice President-elect Kamala Harris, of course, is the first.

Deputy Treasury Secretary nominee Adewale ‘Wally’ Adeyemo was born in Nigeria in 1981 and raised in Southern California, later attending U.C. Berkeley and going on to gain a Juris Doctor at Yale Law School.

At the young age of 24, he served as director of African American Outreach for John Kerry’s 2004 presidential campaign and was based in the San Francisco office.

Although currently president of the Obama Foundation in Chicago, Adeyemo had  served in a variety of roles in the Obama-Biden Administration.

On the day of his historic nomination Adeyemo, reiterated his dedication to public service.

At its best, public service is about, “giving people a fair shot when they need it most, offering hope through the dark times, and making sure that economy works not just for the wealthy but for the hard working people who make it run,” Adeyemo said.

“I look forward to working with Janet Yellen to reduce inequality in this country and expand the middle class, and make sure we build an economy that works for everyone,” he said.

Rouse, currently the dean of the Princeton School of Public and International Affairs, previously worked on both Obama’s Council of Economic Advisers and Pres. Bill Clinton’s National Economic Council.

During the Obama administration’s first two years — the height of the Great Recession — Rouse served as a CEA member. She is excited at the prospect of serving again. “We are once again living through one of the worst job crises since the Great Depression. Millions of families have had their lives turned upside down,” she said on Monday.

“The safety net has frayed, leaving vulnerable Americans to slip through into hardship and hopelessness. And importantly, structural inequities that have always existed in the economy are being exacerbated like never before,” Rouse said.

“This is a moment of urgency and opportunity unlike any we’ve faced in modern times. The urgency of ending a devastating crisis and the opportunity to build a better economy in its wake, an economy that works for everyone, brings fulfilling job opportunities and leaves no one to fall through the cracks.”

Rouse has a substantial background in economics. After earning a doctorate from Harvard University, Rouse joined the Princeton University faculty in 1992.

From 1998 to 1999, she took a public-service leave from the Princeton University to work in the Clinton White House’s National Economic Council.

Rouse also chaired the American Economic Association’s Committee on the Status of Minorities in the Economics Profession from 2006 to 2009 and from 2012 to 2018.