Teachers and Union Ask: Does OUSD Have a Tech Plan to Open Schools?
Advertisement 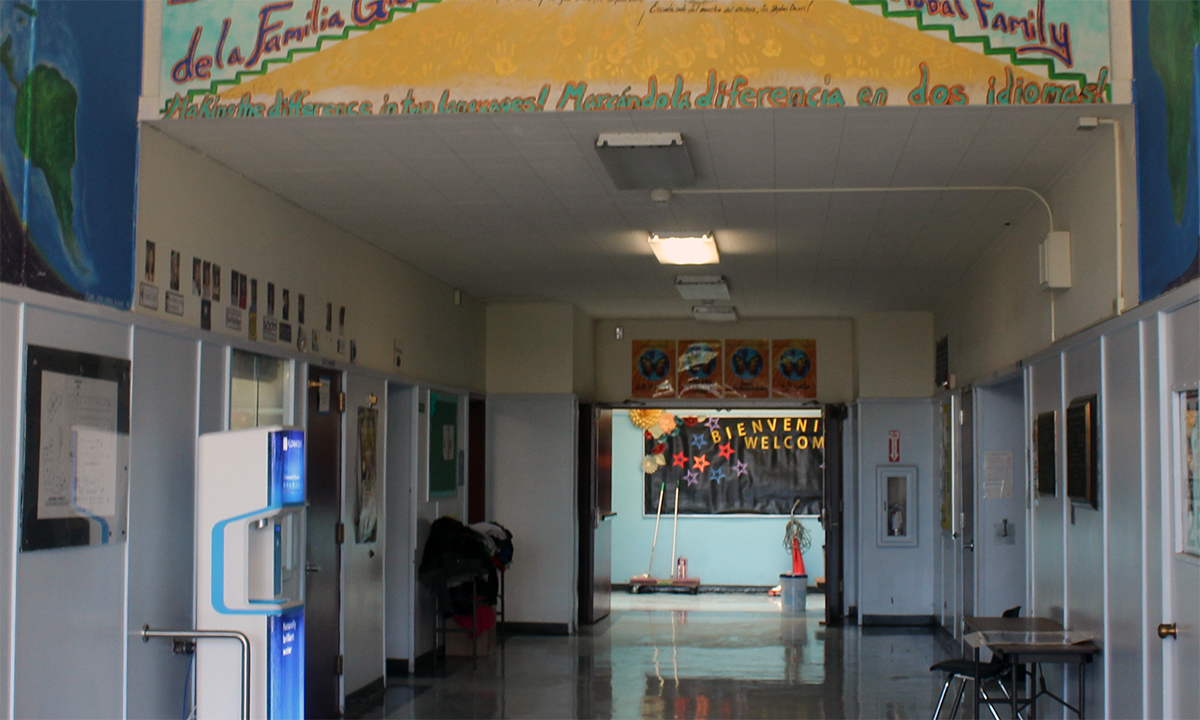 Some Oakland public school teachers and their union, the Oakland Education Association (OEA), are expressing concern that the Oakland Unified School District (OUSD) might not provide adequate technology, technological support, and preparatory time to understand distance learning technology before the school year starts.

“We need time to prepare and we need students to have access to the technology they need,” said OEA’s secretary and special education teacher Bethany Meyer.

OUSD has announced that teachers are scheduled to have three days of professional development from August 5-7, then instruction will start on August 10. The three-day professional development session is the same amount of time Oakland teachers have recently been allotted to prepare for a typical school year. But circumstances have radically changed for the 2020-21 school year.

“Until Alameda County is off the State Monitoring List for 14 consecutive days, all Alameda County schools may only provide distance learning to their students,” read the statement, which came out on July 24.

A recent surge in COVID-19 cases put Alameda County on the list. OEA released a video on Monday demanding that the district make a return plan specific to Oakland, which has a COVID-19 case rate more than seven times higher than the rest of the county.

One East Oakland zip code, 94603, has a case rate over 14 times higher than the rest of the county. With the risk of COVID-19 spreading so high in Oakland, many teachers anticipate distance learning becoming necessary for the foreseeable future.

“We’re trying to negotiate safe, equitable, well-resourced schools so that when we do return it’s actually safe for kids. We don’t think distance learning is the best way to learn and I’ve never heard any teacher say they like it better than in-person teaching,” said Meyer. “But we have to do what’s safe.”

OEA is asking for a two-week professional development period to adequately prepare for the new technology and increased state guidelines for the instructional minutes required for distance learning.

“Increasing the instructional minutes will be a dramatic improvement for kids. We agree with the district on that,” said Meyer. “But we don’t agree you can just jump into that on the first day without time to plan for it.”

Teachers also want to be sure that students and parents have the technology and technological support from the district to access distance learning. OEA did a study at three schools in East Oakland and three schools in West Oakland that found over 30% of students were not able to consistently access distance learning. When distance learning started last spring, teachers also were put in the role of helping families with the technology, a service they were never trained to provide. They want more aid from the district this year.

“[Providing tech support] can’t fall on teachers because we can’t do it while we’re teaching,” said kindergarten Teacher Sara Shepich.

The Oakland Undivided campaign, which is largely run by two non-profit businesses Tech Exchange and The Oakland Education Fund, has $12.5 million, $10 million of which was donated by Twitter founder Jack Dorsey, in funds for technology and technological support but Shepich questions if they have a good plan and the information they need to adequately support OUSD.

“All these outside organizations are involved but they can’t tell us the details of their plan,” said Shepich.

OUSD released a press release on July 22 saying that Oakland Undivided would distribute 25,000 computers in the first two months of school to Oakland students, provide internet hotspots for those who need them, as well as support with the technology. But no firm dates have been announced for when the computers will arrive or when hotspots will be set up. OUSD is asking parents to complete a Tech Check survey they plan to e-mail on August 3, but Shepich points out that that survey will be most accessible to those who already have the technology.

“Some of my families don’t have smartphones. Their phone is just a phone,” said Shepich, who worries that families won’t be able to access e-mail to fill out the survey.

Shepich asked OUSD and Oakland Undivided to set up a telephone hotline that parents could use to inform them about their technology needs and access help, but there have been no plans announced to provide such a service. She also advocated for translation services in Mam, the only language some of her families speak fluently, but has not seen plans for that.

Oakland Undivided dollars are set to cover not only OUSD schools but charter schools as well, even though at least 15 charter schools qualified for and already received COVID-19 Paycheck Protection Payment (PPP) funds from the federal government that OUSD schools could not qualify for. The total amount of PPP funds amounted to almost $19 million, according to inthepublicinterest.org.

While OUSD schools need Oakland Undivided funding for computers, hotspots, and training, charter schools like Lighthouse Community, American Indian Middle Schools, and Education for Change could be set to receive some of the funding even though they each have already received millions in emergency COVID funding.

The situation has some parents worried, particularly because they faced difficulties accessing distance learning last spring.

Crystal Beltran, who’s daughter attended kindergarten last year at Global Family Elementary school, said sometimes she faced difficulties accessing distance learning. When that happened she called her daughter’s teacher but she said “there was really nothing much she could do.”

Beltran said she received no help from the district with technology support at that time.

“I think there needs to be more support for the kids,” said Beltran, “because as it is, it’s hard for them to learn online.”