Haymarket’s Brew Day with Jay West and Sam Ross A Conversation about Industry’s Lack of Diversity, a New Ale and a special Brew in honor of the Chicago Defender.

Why so many dialysis centers in Black neighborhoods? 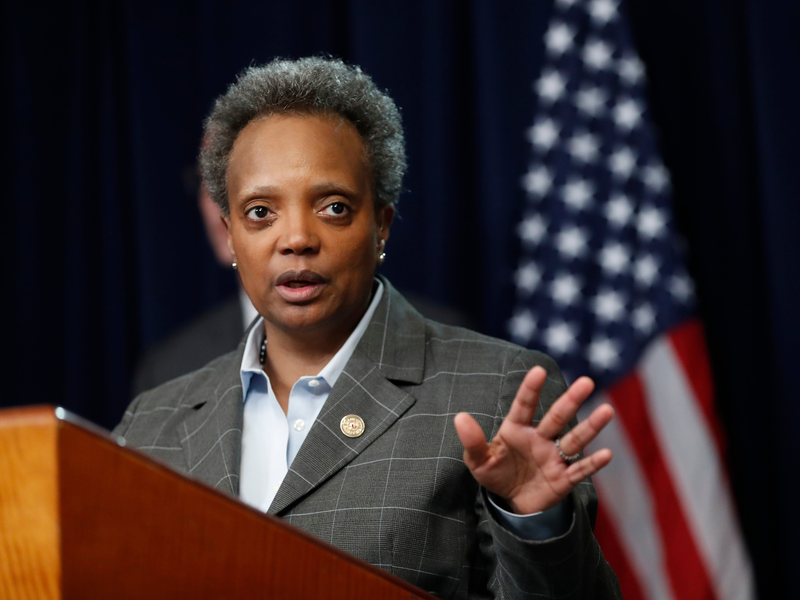 Chicago Mayor Lori Lightfoot reversed course on her refusal to allow Pres. Donald Trump to send federal police to Chicago, saying that she was welcoming the 150 federal agents to assist with stemming the recent rise in violence in the city, rather than to control protests, as in Portland.

The decision, however, conflicts with the positions of dozens of local officials who have called on Lightfoot not to allow the troops in Chicago.

More than 60 local elected officials sent a letter to Lightfoot and Cook County Sheriff  Tom Dart asking that federal agents not be allowed to use city property or resources during their time in Chicago.

“President Trump has repeatedly demonstrated both his callous disregard for Black, indigenous and immigrant lives, and his increasing inclination toward fascism and authoritarianism,” the letter read, in part.

Lightfoot said on Monday that the additional agents will assist agencies like the ATF, the DEA and FBI and assist police with gun, drug, and gang cases to help stem the recent rise in violent crime in Chicago. “These agents have had offices in the city of Chicago for probably 50-plus years or longer,” she said. “They’re always actively engaged on a variety of different issues…so [they’re] adding to existing infrastructure that’s already been in place.”

But other local leaders are skeptical.

Civil rights icon Rev. Jesse Jackson also slammed Trump’s plan to send federal police to Chicago and called for “real federal assistance,” such as economic investments in the city, in an op-ed in the local Chicago Sun-Times this week, arguing that a different kind of federal support was needed to address the violence and other needs of Chicago residents during the COVID-19 pandemic.

“Real federal assistance wouldn’t be dispatching bullyboys to terrorize citizens exercising their First Amendment rights,” Jackson wrote. “It would help with jobs and training for the young. It would help with rent and mortgage forgiveness during the pandemic lockdown when people can’t work.

“If Trump and Senate Republicans don’t act immediately, literally millions will be on the verge of eviction….We need real investment in our schools, so the savage inequality with suburban schools can be reduced.

“We need health care to be a right, not a privilege, and at the very least for the federal government to cover all medical expenses related to COVID-19. In a pandemic, we all have a stake in ensuring that the sick can afford to get the treatment they need.”

Jackson went on to compare Trump’s move to Hitler. “Hitler’s bullyboys operated on the fringes or outside of the law to violently intimidate Germany’s leftists and finally to exterminate Jews,” he wrote. “Trump’s bullyboys are operating on the fringes or outside the law to violently intimidate America’s progressives and people of color who are exercising their First Amendment right to protest racial injustice.”

Trump has continued to threaten to send federal police to cities run by Democrats, including Oakland. In recent weeks Oakland Mayor Libby Schaaf and other Democratic mayors have rejected Trump’s plan, vowing to fight the move in court if he persisted.