NASHVILLE, Tenn. (AP) — Leaders in nation’s largest Protestant denomination are preaching that integrated churches can be a key driver of racial justice in society. But that could be a hard sell to those sitting in Southern Baptist Convention congregations.

The Rev. Russell Moore, who leads the Southern Baptist’s Ethics and Religious Liberty Commission, is one of several white leaders calling for multiethnic congregations in the wake of the unrest spurred by the killings of black men by white police officers in Ferguson, Missouri, and New York City.

The effort has taken on particular urgency for Moore and other Southern Baptist leaders who have been working to overcome the denomination’s history. The convention was formed in 1845 in a split with other Baptists when Southern Baptists resolved to continue allowing slave owners to become missionaries.

During the civil rights movement, Southern Baptists were largely silent or actively opposed ending segregation. The denomination eventually declared racism a sin, and in 2011 renewed efforts to reach out to Latinos, African-Americans and others. The next year, the denomination elected its first African-American president, the Rev. Fred Luter, Jr.

Moore’s commission has also organized a leadership summit called “The Gospel and Racial Reconciliation” to be held this spring.

Moore said he has two goals for the summit. He wants to spur churches to work for racial reconciliation by articulating it as a Gospel demand. And he wants to facilitate personal relationships between Southern Baptists of different races.

But some would also like to see concrete efforts to integrate the Southern Baptist Convention, especially at the level of leadership.

“The church lacks the moral authority to address the world about race before we set our own house in order,” said the Rev. Dwight McKissic, a black Southern Baptist pastor in Arlington, Texas.

While he praised recent statements by SBC leaders, he also noted that the denomination continues to employ all whites as top executives and seminary presidents.

“It’s obvious the rhetoric and reality is not matching,” he said.

Nonwhite congregations made up 20 percent of the Southern Baptist Convention’s nearly 51,000 congregations in 2012, the most recent year statistics are available from the denomination. But less than 1 percent of those congregations are multiethnic. The vast majority of Southern Baptists attend a church predominantly filled by people of their own race, be it black, white or Hispanic. The situation is nearly identical in most Christian denominations in the United States.

Despite that lack of integration, a phone survey of about 1,000 churchgoers by Lifeway Research recently found that only 37 percent of evangelicals thought their churches needed to become more ethnically diverse. The survey was not broken down by denomination.

David W. Key Sr., director of Baptist Studies at Emory University’s Candler School of Theology, said the convention adopted a resolution in 1995 recognizing and apologizing for its historic role in supporting slavery and Jim Crow policies. If the denomination had also set out to address the inequalities those policies had wrought, it could have done a lot over the past two decades, he said.

Moore said he agrees that things are changing too slowly within the SBC, but he sees signs of hope. He points to the work of Southeastern Baptist Theological Seminary President Danny Akin, who has made recruiting and educating a racially diverse group of future pastors a key goal.

Akin said he doesn’t think the patterns and structures built up at the SBC over more than a century can be changed without an active and intentional effort.

“My grief is we’re late to this party,” he said. “We should have been leading the way. The Christian church should be the first to speak to issues of discrimination and injustice … not sitting back.”
Copyright 2015 The Associated Press. All rights reserved. This material may not be published, broadcast, rewritten or redistributed.

Lesson 12: The Book of Revelation (Chapter 8) 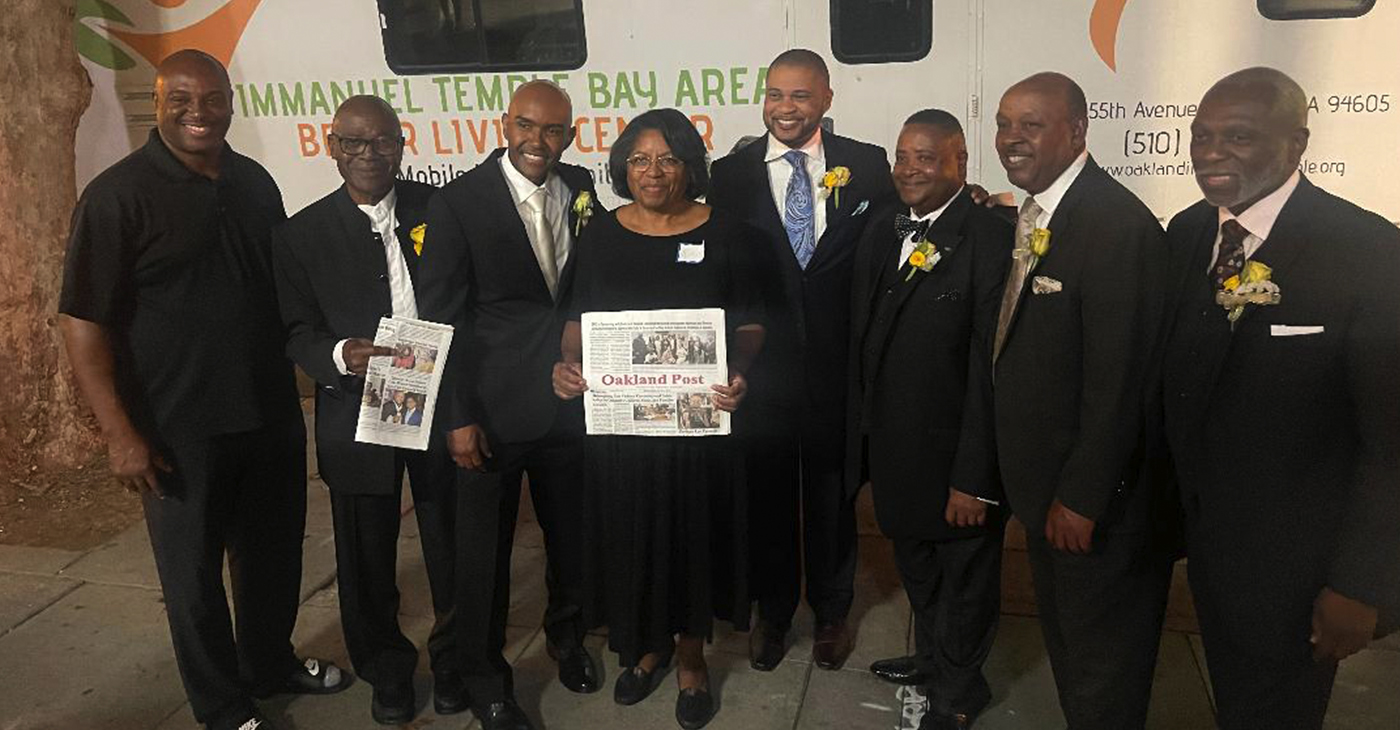 On Oct. 8, the Northern California Conference of Seventh Day Adventists (SDA) held their annual Convocation at Grand Avenue Seventh Day Adventist Church in Oakland. Seven hundred people came together in celebration and worship. The theme was “Embracing Change.” The guest speaker was Dr. Myron Edmonds, who pastors in Cleveland, Ohio. He spoke about how Christ wasn’t a traditionalist, and the work isn’t being done because some in the church don’t wish to change and they tend to demonize new ideas.

Throughout the day, the Mobile Medical Health Van operated by Immanuel Temple Seventh Day Adventist Church out of Oakland sat in front of the church and provided health screenings and community resource information to the general public. The Medical Van, which was gifted to the church by Pastor Raymond Lankford of Healthy Communities, has provided free health care services throughout Alameda County for the last few years. The prayer of Pastor Damon Washington of Immanuel Temple Church, who was ordained during the afternoon program, is for their health ministry to partner with the other providers like OPIC and Oakland Workforce Agencies and to combat the ongoing health disparities and violence within the city and beyond.

They have pledged to work with the Chaplains, the OPIC and the Formerly Incarcerated Giving Back, who want to make amends for the damages they have done to harm Oakland.

The students come from colleges and universities throughout the United States. Leaders from the NAACP and the Church of Jesus Christ are traveling with the students. NAACP leaders include President Derrick Johnson and the fellowship’s namesake, the renowned civil rights leader and NAACP board member the Rev. Dr. Amos C. Brown of Third Baptist Church of San Francisco. From the Church of Latter Day Saints are Elders Jack N. Gerard and Matthew S. Holland of the Seventy, along with their wives, as well as the Africa West Area Presidency. 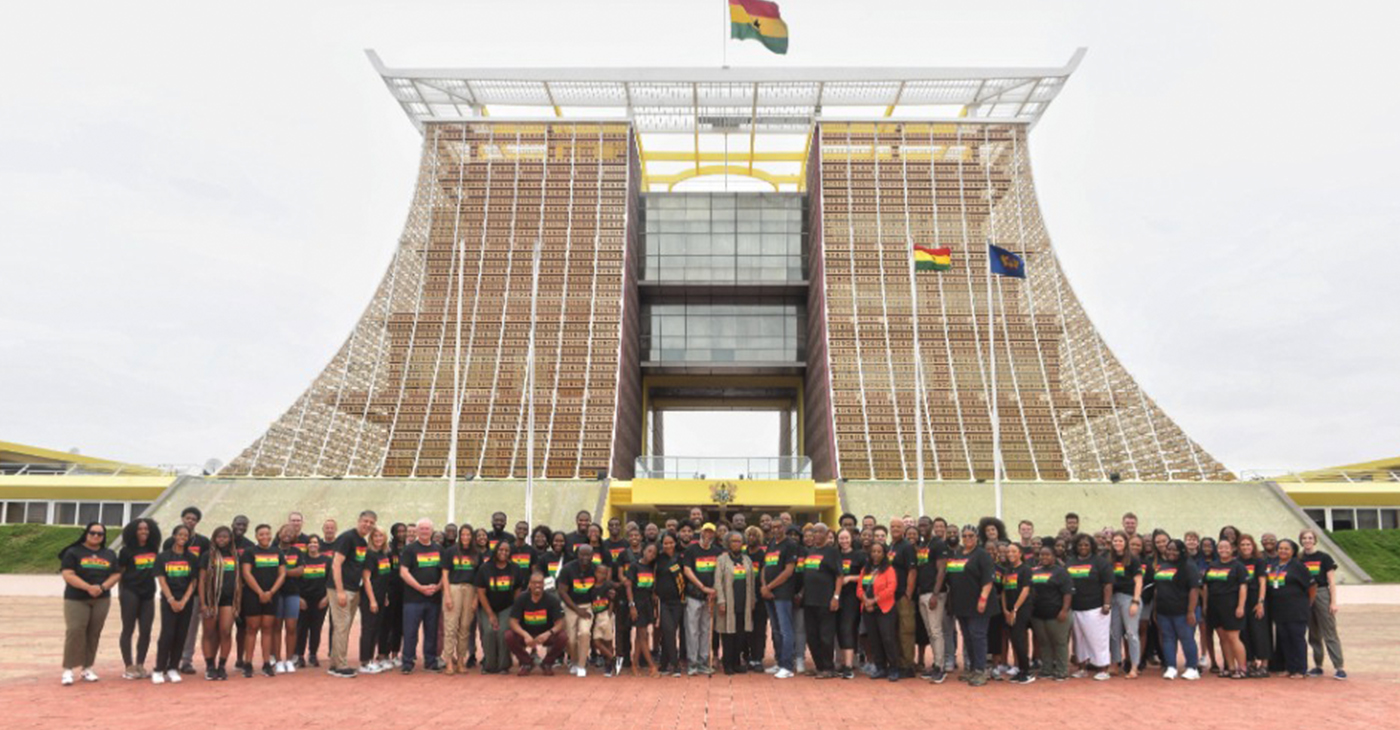 Students with the Amos C. Brown Fellowship to Ghana visit the Jubilee House in Accra on Aug. 2, 2022.

Forty-three students are in Ghana for 10 days to experience Ghanaian culture, learn about their ancestral heritage and become ambassadors of racial harmony.

This group — part of the first Amos C. Brown Fellowship to Ghana — is the fruit of a collaboration between the National Association for the Advancement of Colored People (NAACP) and The Church of Jesus Christ of Latter-day Saints.

In June 2021, Church President Russell M. Nelson pledged $250,000 for this fellowship. This and other initiatives the two organizations are engaged in, President Nelson said, “represent an ongoing desire of The Church of Jesus Christ of Latter-day Saints to teach and live the two great commandments — to love God and neighbor.”

The students come from colleges and universities throughout the United States. Leaders from the NAACP and the Church of Jesus Christ are traveling with the students. NAACP leaders include President Derrick Johnson and the fellowship’s namesake, the renowned civil rights leader and NAACP board member the Rev. Dr. Amos C. Brown of Third Baptist Church of San Francisco. From the Church of Latter Day Saints are Elders Jack N. Gerard and Matthew S. Holland of the Seventy, along with their wives, as well as the Africa West Area Presidency.

“Welcome to Ghana. We’re so grateful that you are here,” said the Church’s new Africa West Area President Elder S. Gifford Nielsen on Monday night during a welcome dinner. “I was listening very closely to the opening prayer. And there was a plea for light. And the way that you find light is to connect hearts. And so, in the next 10 days, to all of our fellowship students, and to our leaders and anybody else who has any part of this, as we connect hearts, get out of our comfort zone just a little bit, we’re going to have an even more amazing experience.”

The Rev. Dr. Brown said, “Words fall far too short for me to define and convey to you the significance of what we are doing.” He added that “this momentous occasion is not about one man. This embodies what a dream team has brought to pass.”

In interviews after the dinner, several students talked about why they wanted to go on this trip.

“[I thought this fellowship] would be a great opportunity for me to get out of my comfort zone, to see outside the American lens, to see what it would be like to not be a minority for once,” said Lauren George, a student at San Francisco University. “I thought that would be a life-changing experience that is necessary for me, because in my field of work, I want to be able to be as innovative as possible.”

Carter Martindale of Utah said, “the purpose of the fellowship, of talking about how we can better address racial divides, how we can better love our neighbor as we love ourselves, is really important just in general in America.”

This report is from the newsroom of the Church of Jesus Christ of Latter-Day Saints.

The Family Life Center, a vision of Dr. Kevin B. Hall, pastor of St. John Missionary Baptist Church, is one of many he has for the City of Richmond. It is a multi-million-dollar project the church is undertaking without plans to borrow additional funding. Future visions of St. John and Pastor Hall include shelter for the homeless, affordable housing for seniors and temporary housing for the formerly incarcerated as part of a re-entry program. 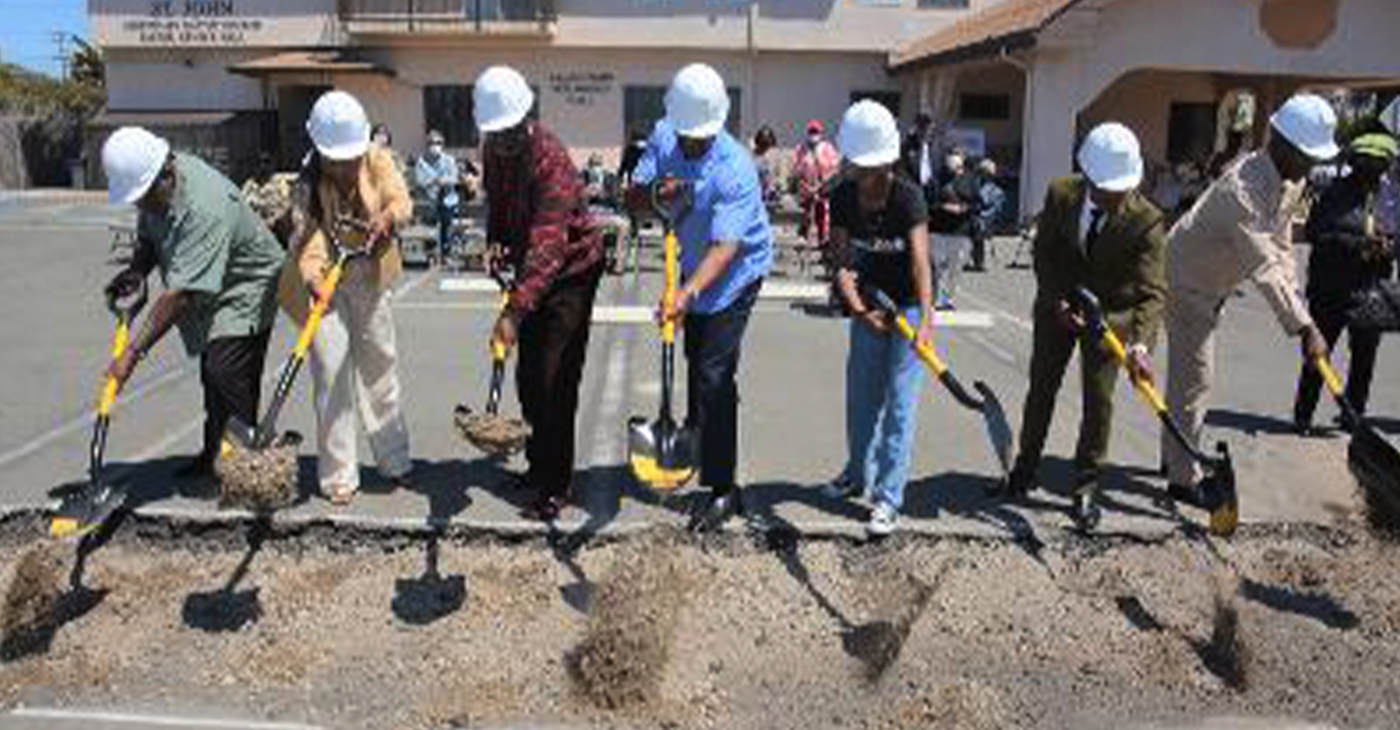 The Family Life Center, a vision of Pastor Hall’s, is one of many he has for the City of Richmond. It is a multi-million-dollar project the church is undertaking without plans to borrow additional funding. Future visions of St. John and Pastor Hall include shelter for the homeless, affordable housing for seniors and temporary housing for the formerly incarcerated as part of a re-entry program.

“The Family Life Center will be adjacent to the current sanctuary at the North Campus, which will consist of a gymnasium, game room (for the youth), and weight room.” It will be a positive, safe space for community members and congregants to have fun and fellowship. Also, an additional parking lot will be across the street from the St. John Family Life Center. The estimated completion time is 12 to 18 months.

In the name of the Father, Son, and Holy Spirit, earth was shoveled three times in unison by the participants. Many were in attendance at the morning ceremony.

St John is one church located in two communities (662 S. 52nd St. and 29 Eighth St.). Our goal is to share the love of God by evangelizing the sinner and equipping the Saints who are edifying and enjoying one another, to exalt the Savior. Please come worship with us. 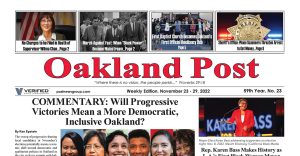