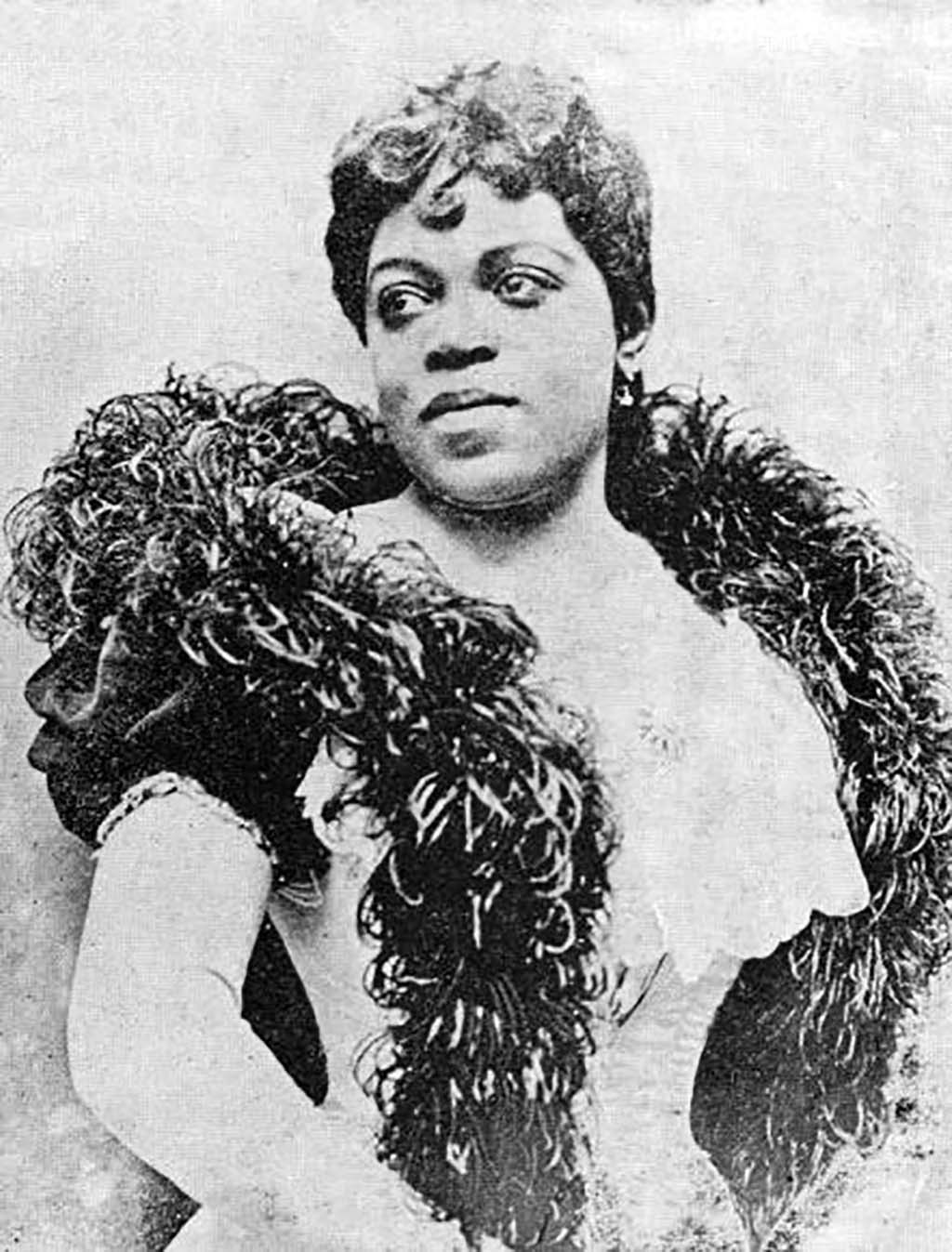 The world recognized her as having possessed one of the greatest singing voices of her era. An Opera News reviewer for the Washington Post wrote: “The compass and quality of her registers surpass the usual limitations and seem to combine the height and depth of both soprano and contralto.” A distinguished African American soprano during the late 19th and early 20th centuries, Sissieretta Jones (1869–1933) enjoyed a successful career as a concert and variety performer.

Born in Portsmouth, Virginia, Jones, whose nickname “the Black Patti” likened her to the well-known Spanish-born opera star Adelina Patti, sang classical opera and performed in musical comedies. She was the first African American to perform at Carnegie Hall and sing before four US presidents. Her successes, however, were not without roadblocks.

Opportunities for Blacks in the classical world during Jones’ era were virtually nonexistent. Talent, vocal ability and professional standing didn’t matter. There were a few, however, who despite the obstacles, succeeded. Jones was among them.

Both white music critics and audiences were accustomed to Blacks on stage performing in negative and stereotypical roles. A serious performer on the classical music stage was unheard of. Jones, therefore, shaped her musical career within the limited professional options available to Blacks. Many performers did the same to avoid bias while building a career.

Jones would eventually settle for headlining the Black Patti Troubadours, which in essence was a minstrel show. Even so, touring for Black performers was an extremely difficult life during that time.

About the troupe’s travels, New York Times journalist Michael Cooper wrote: “Segregated hotels turned her away, and not only in the South… when Jones’s young company tried to tour Hartford, [Conn.] every hotel refused them … She eventually got a private railcar to live in while on the road.”

Author Rosalyn M. Story wrote that Jones “struggled as an artist, fighting daily for dignity and artistic survival in a world that viewed her as, at best, a freakish imitation of a white ideal.… [Adelina] Patti was the idol of millions, demanded at least $4,000 nightly, and retired to her opulent Welsh castle…. Jones rarely earned more than $300 for one appearance and retired, largely forgotten, to a life of poverty.”

Eventually, Jones was able to overcome the obstacles of racial bias in the music world and build a successful 28-year career. She then performed in hundreds of opera houses and theaters throughout North America and Europe.

Shortly after the Black Patti Troubadours dissolved (1915) Jones retired to Providence, Rhoda Island. to care for her aging mother. In succeeding years, she sold her valuables to support herself and taught music to local students. On her death, she was buried in an unmarked grave paid for by a local businessman.

Of Jones’ life, biographer Maureen Lee wrote that Jones “taught white Americans that black people could sing classical music and popular standards and sound as elegant and breathtaking as white vocalists, and she showed them that African Americans could achieve fame and prosperity.”

Evelyn Preer: In a Hollywood Separate But Unequal