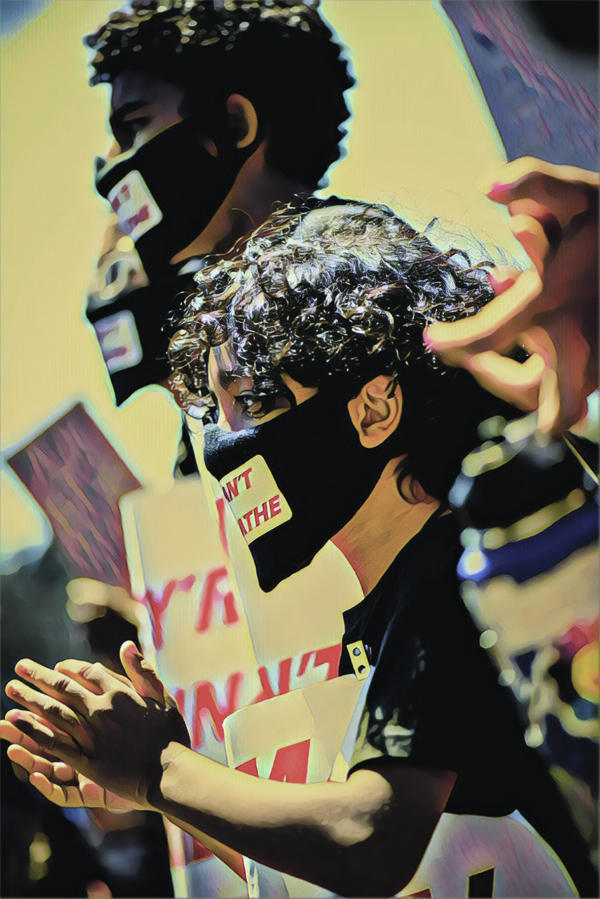 Marin youth participated in the peaceful protest in Marin City on June 2, 2020. Photos by Felecia Gaston.

Marin County residents took to the streets June 2 in response to the killing of George Floyd in Minneapolis May 25, 2020. Like many of the protests across the country and around the world, it was organized by young people.

Below, in the words of organizers Lynnette Egenlauf, Mikyla Williams, Ayana Morgan-Woodard and Paul Austin, is how it all came together. 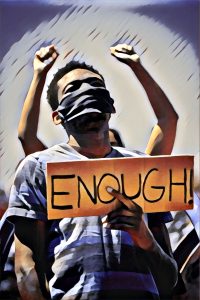 On Friday night, Tamalpais High School sophomore Mikyla Williams called Paul Austin to ask if Marin City was going to have any protests. The founder of Play Marin, Austin is one of the youngest community leaders the city has. He is often the voice of the young people in Marin City.

Saturday morning, Austin sent me a text message saying, “I’m here to support whatever protest the young people want to do.” We knew being residents of Marin City that we needed to show our Black brothers and sisters our solidarity in the world, because we, too, matter.

By 2 p.m., we had a multi-generational group of Marin City residents ready to lead a peaceful protest that would give Marin County, OUR VOICE.

Austin (40), Lynnette Egenlauf (30), Ayana Morgan-Woodard (22) and Mikyla Williams (16). We felt as if this was the official passing of the torch. Our older leaders had given us the support we needed to put everything in motion.

There had been many other protests around the county earlier that week in support of Black Lives Matter. We had one question “How could these protests happen without the voice/input of Black people?”

This is the origin of our battle cry “Our Voice, Our Movement.” Marin City is the only town in Marin County that is predominantly African American. We loved that allies were protesting, but we needed to show Marin County that Black lives matter and that Marin City matters!

We organized this peaceful protest in four days, expecting just those in our community and a few others in our county to show up at the Bridge the Gap Center at 105 Drake Avenue. Never did we expect that about 1,500 would show up in support of the protest. It felt amazing! The support, the voices who spoke, and the people who marched in solidarity.

Our peaceful protest was in honor of all Black lives that were lost due to society’s fears of African American excellence — Marin City’s excellence! For far too long Marin County has had its knee on Marin City’s neck. It was time for us to take action and show up!

If it took four days to gather over 1,000 people, what would a week of planning have accomplished? In those three days we made and posted flyers in our local community, promoted it on social media and through word-of-mouth.

As I made the flyer I had trouble putting locations on it because I did not intend on it getting out of Marin City, so I named the locations in ways that Marin City residents knew them.

But I began to get feedback from those who wanted to attend who were wondering what I meant and that showed me that if we were going to pull this off by Tuesday afternoon that it would take all four of us to come together to accomplish a goal to change history for the residents of Marin City. 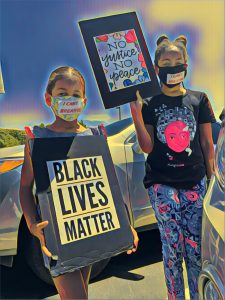 The Marin City peaceful protest was in honor of all Black lives that were lost due to the society’s fears of African American excellence. Marin County stood in solidarity with the voices of those they saw on a TV screen.

Yet they don’t stand with up with Black lives that are local that face the same problems but because we are considered privileged to live in Marin County we get the scraps (bare minimum) to survive and then are forgotten about, in one of these wealthiest counties in America.

We as Marin City needed the support of one another and others to realize how truly special we are and how we could thrive by ourselves if we were given the proper resources. 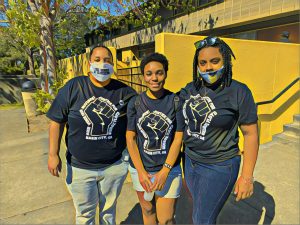 Marin youth participated in the peaceful protest in Marin City on June 2, 2020. Photos by Felecia Gaston.