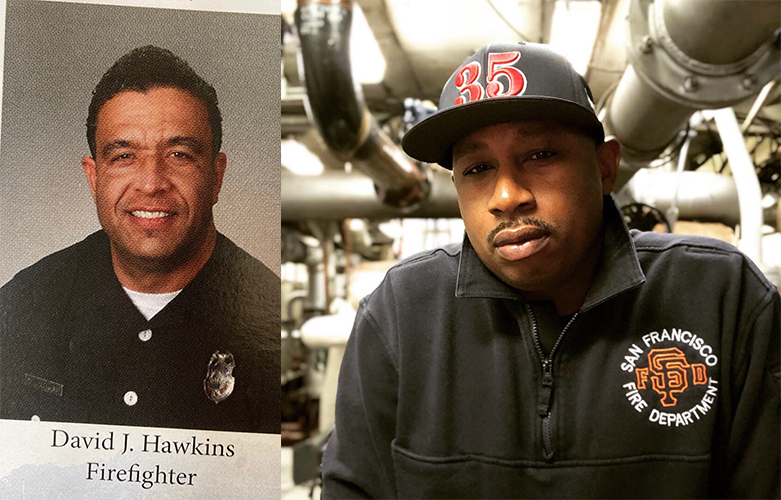 The San Francisco Fire Dept. was established in 1866 and it took almost 90 years before the first Black firefighter, Earl Gage Jr., was hired in 1955.

By then two of SFFD’s three fire boats had been built, the third in 2016. Docked at Pier 22 ½, they are named the Phoenix, the Guardian, and the St. Francis.

No Black people nor any other people of color have ever truly served on the fire boats, which figuratively have a “whites only” sign for employees.

Gage was the only Black employee for the SFFD for 12 years. Over the years, more Blacks were hired and David ‘Hawk’ Hawkins would be in their number. Lawrence Thomas dreamed of working on the historic fire boats and when he and Hawkins met, they decided that together they would make Thomas’ dream come true.

Thomas initially thought “once I got the job, the battle was over.”

But he has never been given a shift.

On July 28, 2020, in the Superior Court of California in San Francisco, the law offices of Joseph L. Alioto and Angela Alioto filed a complaint for damages on four grounds:

Below is a quote from the preliminary statement of the complaint:

At a San Francisco Board of Supervisors committee hearing on diversity among first responders held on July 30 — just two days after Hawkins’ and Thomas’ lawsuit was filed — SFFD Chief Jeanine Nicholson admitted that the department has lost most of the Black battalion chiefs and that diversity was an issue in the SFFD.

Currently, there are two Black women and 13 Black men out of 200 in the Emergency Medical Services Division at Station 49.

Hawkins was constructively discharged June 30, 2020, from SFFD about one month before the lawsuit was filed.

Hawkins’ and Thomas’ suit is not the first time the courts had to get involved in integrating SFFD. In 1988, a consent decree required SFFD to diversify.  At that time, 83% of the department was white males, now it’s less than half.

The book documented how in 1919 Wesley Williams integrated the Fire Department of New York and, nearly a century later, in 2014, the city of New York settled a $98 million lawsuit for discrimination.

Attorney Angela Alioto likens Thomas to Ralph Ellison’s “Invisible Man” in that he does not count and has not been offered any work since his hire.  She says that the department’s actions are just the opposite of #BlackLivesMatter.

Hawkins makes the analogy that SFFD’s actions amount to “flagrant fouls.”  He sees himself as an activist fighting “institutional racism,” and he is rightfully proud of emulating the late John Lewis’ by getting into “good trouble.”

The battle continues. Hawkins and Thomas continue to speak truth to power.  Alioto adds that race-based discrimination is not limited to the SFFD.  She has 22 lawsuits against the city of San Francisco.

“From the Firehouse to the White House, things must change now!” Hawkins said.