Opinion: Challenging a ‘Return to Normal’ After COVID-19 Pandemic Subsides 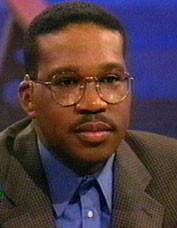 The fierce and aligned, if not coordinated, campaign to smear the motion picture “Selma” by suggesting it inaccurately portrays the role of President Lyndon Johnson in the fight for Blacks’ civil rights is par for the course. Critics of the movie that focuses on the campaign for voting rights in Selma, Ala. suggest that Johnson was a champion for civil rights and is principally responsible for securing voting rights for African-Americans.

At best that point of view is a misunderstanding, and at worst, and what I firmly believe, it is a deliberate attempt to create a false narrative to diminish the principal and central role of Blacks in advocating for their own freedom.

It is ironic, and sad, that the first full-length theater released movie chronicling the leadership of Dr. Martin Luther King Jr. is being trashed in an attempt to exalt a White president. The criticism of “Selma” betrays the truth and common sense. Lyndon Johnson was a southerner; a Texas politician firmly entrenched as a Dixiecrat. His selection as John F. Kennedy’s vice presidential running mate was a political calculation to secure southern votes and resulted in an uneasy alliance between the Texan and the young Bostonian. The tragic assassination of JFK thrust Johnson into the Oval Office and placed upon the Texan the late president’s agenda.

Lyndon Johnson was no civil rights champion. He was a pragmatic politician who was smart enough to read the moment and self-absorbed enough to recognize history would judge his legacy based upon a historical movement for Blacks’ rights.

Common sense makes plain that in the turbulent 1960s, no occupant of the White House, the seat of world power and White domination, saw their role as a liberator of the descendants of enslaved Africans. The rights of Blacks were not central to the maintenance of power for a president though it became a necessary consideration for the preservation of order.

What also challenges the Johnson-as-savior narrative is the truth. As president, he walked gingerly in taking on southern governors who were using their powers to oppress African-Americans and deny them their constitutional rights. He reluctantly used his power to protect Blacks who were being subjected to violence in the south. Johnson ‘negotiated’ civil rights, and used his considerable skill as a legislator, to win in the margins. And even while proving successful in moving civil rights legislation LBJ co-existed with FBI director J. Edgar Hoover, who was leading a campaign to suppress and eliminate Black leadership.

Lyndon Johnson should be credited for a few things. He courageously appointed two African-Americans to positions of authority in the federal hierarchy, historical appointments that were impactful in their significance. Former NAACP legal counsel Thurgood Marshall was named to the United States Supreme Court and the brilliant economist Robert Weaver was made the first Black to serve on a presidential cabinet when Johnson made him secretary of the newly-created Department of Housing and Urban Development (HUD). And there were other appointments in the federal bureaucracy that changed the hue of national government administration. Still, these appointments did not fundamentally alter the citizenship status of African-Americans in our nation.

While I admire LBJ’s tenacity, the campaign to canonize him as a civil rights saint is far-fetched. The simple question is “If King, Roy Wilkins, Clarence Mitchell, Jr., SNCC and others had not existed, would Lyndon Johnson pro-actively advance a civil rights agenda?” The truthful answer is, no. Johnson felt the pull of a powerful social movement and understood that change, even if not desired or convenient, was upon the nation and inevitable his presidency. It was the leadership and advocacy of Blacks that created the space for Johnson to exercise presidential authority in the face of southern opposition.

Perhaps what galls me most with the latest effort to bestow white knighthood on a White male for racial sensitivity is it comes upon the heels of protests against police brutality. If we do not speak forcefully against the misappropriation of history, we will witness a similar false accounting about our present circumstances decades from now. The campaign to make LBJ the epicenter of the civil rights struggle is like making the Warren Court the heroes of school desegregation and not the plaintiffs in Brown v. Board of Education. It also occurs as Hollywood churns out another motion picture anointing White benevolence toward a Black child, a seeming theme in ‘Tinseltown’ that suggests Black people are incapable of self-determination and success without the aid of Whites. It is the worst characteristic of White liberalism and perhaps the reason why it has taken until 2015, nearly 47 years after King’s death, for a major motion picture to center on the Nobel Prize winner and human rights icon.

We are not in need of White saviors. We could use some willing White partners who recognize and acknowledge the brilliance of Black leadership and understand that their empathy and emotional investment in our plight can never approximate the struggle, sacrifice and commitment of Blacks to our own liberation.