Remembering Ron Dellums:  A Leader for These Times
Advertisement

IN MEMORIAM: Lean on Me: Singer-Songwriting Legend Bill Withers Dies at 81

OP-ED: Rev. Joseph Lowery: One of the most influential leaders of the latter 20th Century

IN MEMORIAM: African Americans Who Have Died of COVID-19 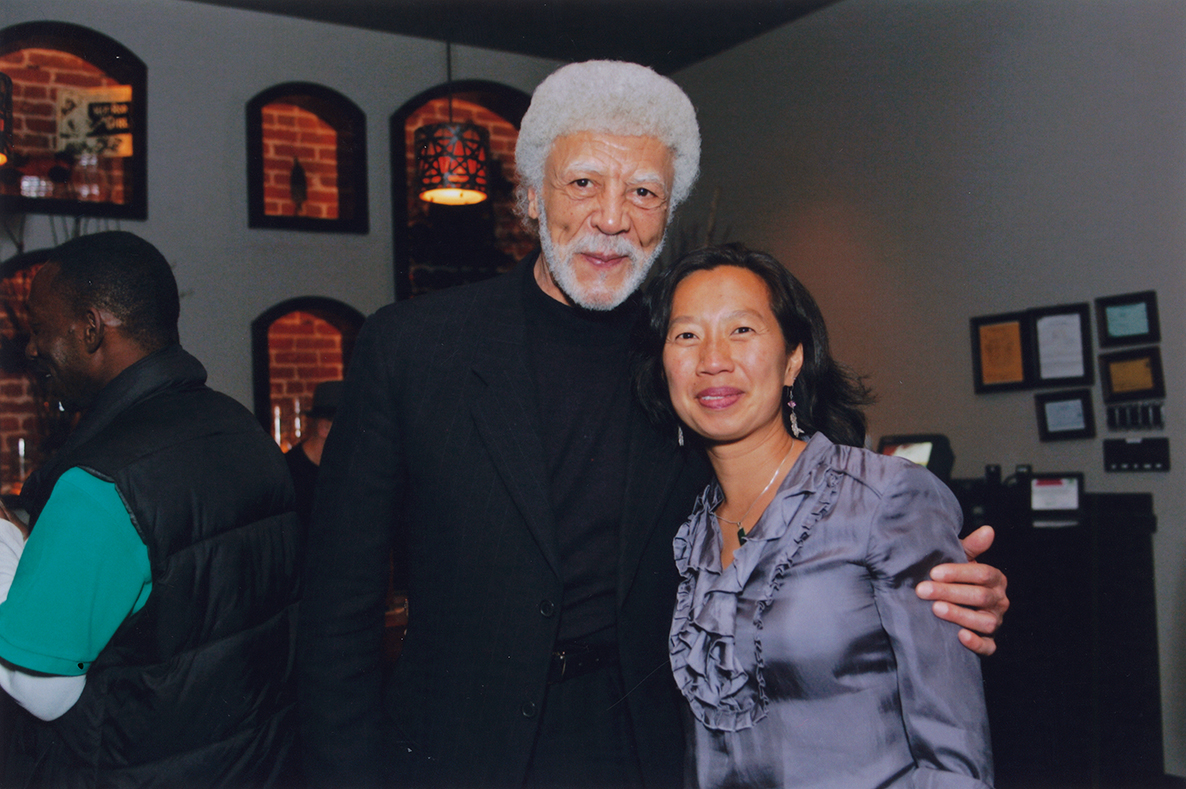 As we approach the second anniversary of Ron Dellums’ transition, I’ve been thinking a lot about Ron.  The New York Times article about Ron’s life framed him as being 20 years ahead of his time, be it leading on South Africa anti-apartheid, national security, climate change, HIV/AIDs.

Many have spoken about Ron’s brilliant mind, his great courage, and his compassion for all.   Today, I want to talk about one of Ron’s magic powers and my relationship with him in order to uplift Black and Asian solidarity.  Ron had an uncanny superpower of seeing the inside of people, our true selves, our light.  And in that seeing, he would bring out the best in us.  A shy person would speak with eloquence and confidence.  A grumpy person would still emanate light and joy.  Ron’s magic power of seeing the best in people, lifting them up to their highest potential transformed my own life.

Ron Dellums changed my life even before I met him.  In my last year of law school, after years of struggle, I had a job offer from a big corporate law firm.  My mother, an immigrant single mom who was denied a college education and sacrificed so much for her children, was so proud of me.  Despite this, I couldn’t help but feel my soul leave my body on the way to work. In the midst of my inner turmoil, I came across an article about Ron Dellums where he spoke about the times of loneliness when he was following his conscience.   In that instance, I knew then that I wanted to be like Ron Dellums.  I wanted to be a person of courage, a person of conviction, a person who felt so passionate about justice.  Reading Ron’s words gave me the inner strength to pursue my dreams of justice.

As fate would have it, years later, serendipity struck and I met Ron Dellums, who changed my life again, this time in person.  I was serving as the attorney for an anti-displacement coalition during the Jerry Brown years in Oakland when fighting against displacement was a very lonely battle.  Ron flew across the country to come home and help us; I was assigned by the coalition to serve as his liaison.  Ron’s stance with the coalition turned the political tides and ultimately compelled City officials to address displacement impacts.

At a personal level, I experienced Ron’s magic powers at work.  During a heated meeting with the angry and privileged white developers who saw my role as a personal threat, Ron not only intervened but uplifted my leadership. Ron’s grace towards me enabled me to touch my own grace and rise above the attacks, rather than being taken down.

Later as mayor of Oakland, Ron and his wife Cynthia asked me along with others to join their City Administration.  I wanted to help them but was anxious about going into the inside of City Hall, a place I perceived as a den of back-stabbing and petty politics. Throughout the years, others have encouraged me to run for office or take on high profile jobs. I always declined because I held fear of holding power. I was afraid of going into the proverbial monster’s cave and becoming the monster.

Working at the City for Ron transformed my perspective.  I saw firsthand the power that government has to change the systems and structures of oppression, to heal the past injustices.  For example, despite the Great Recession, under Ron’s leadership, the Dellums Administration reduced homicides by 40%, created the national model Green Jobs Corp to fight poverty and climate change, and invested in re-entry jobs.

Because of Ron’s belief and trust in me and his other staff, I witnessed my own ability to hold power with honor, love, and integrity.  My transformation, of becoming into myself, of breaking bonds of racist and sexist conditioning that told me that I was not worthy, occurred because of Ron Dellums’ magic.

Today with so much at stake, we share many of Ron’s inspiring talks and images at The Dellums Institute for Social Justice.

May Ron Dellums’ magic power to bring out our best selves live on in you.