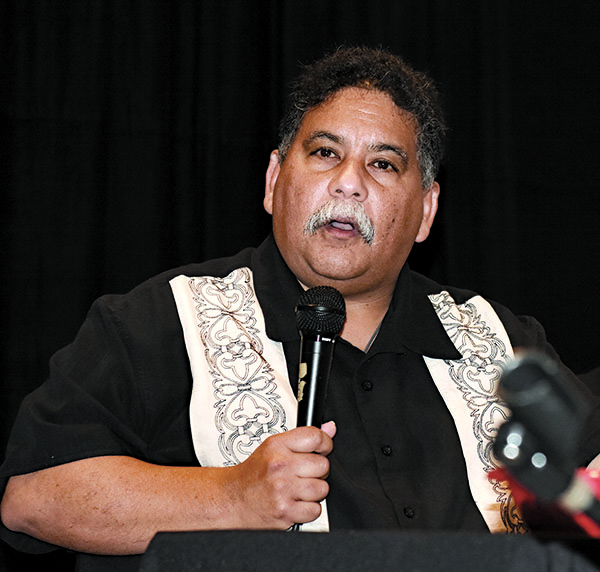 Adopt a policy that benefits everyone, not just side agreement with Building Trades, say speakers

Within this context, some City Council members are considering proposals to pass a Project Labor Agreement (PLA) with the Building Trades, which means the city would sign a contract guaranteeing that nearly all jobs on city-funded projects would go through the unions and union hiring halls, which have few or no Black members in building trades unions.

Councilmember Brooks said that Project Labor Agreements have a bad track record when it comes to equity.

“We should not tinker at the margins,” she said. “PLAs have not worked for communities of color, particularly for Black folks. We can ill afford not to have jobs for people in this community.

“The city has the ability with its own money to ensure people in this community have jobs.”
Mayor Libby Schaaf has advocated signing a PLA, and another proposal is being developed by Councilmember Abel Guillén, according to Councilmember Kaplan.

The building trades—locally and nationally—have for years resisted publically releasing the ethnic breakdown of their membership.
According to many people familiar with the construction trades in the Bay Area, African Americans are excluded. There are larger numbers of Latinos in lower-paid trades, such as the Laborers Union.

But many of the other more highly paid trades are almost exclusively white, such as Glaziers, Electricians, Plumbers, Elevator Technicians and others.

The elite craft unions exclude people of color, said Galarza, who works on equity issues in construction in San Francisco and San Jose.
“Electricians at $70 an hour plumbers at $80 an hour, you will not find people of color in those unions,” he said.

Galarza said that equity amendments were approved by the City Council in San Jose, but the building trades refused to sign the amended PLA.

In San Francisco, the building trades walked away from a million-dollar construction project because they would have been required by a Consent Decree to release the ethnic composition of the unions, he said.

“Proposition 209 did away with affirmative action. That was the beginning of the decline.”
Passed in 1996, Prop. 209 was a California ballot proposition that amended the state constitution to prohibit state governmental institutions from considering race, sex, or ethnicity in the areas of public employment, public contracting and public education.

“I am not anti-union,” continued Vizinau. “I know what unions can do and what they should represent. We just have to get them there.”

Councilmember Kaplan said the city has the responsibility to ensure that “jobs and contracts are provided fairly throughout the community.”

She said she supports “ban the box” so the formerly incarcerated can be hired on city-funded construction projects. She also backed Councilmember Brooks’ proposal to use city funds to support pre-apprenticeship training programs, like Cypress Mandela Job Training center

Varma said minority contractors are not at the table when developers and contractors decide who is going to do the work.

“There’s a huge problem,” he said. The people with the money and are jobs are “not talking to minority contractors, they are not talking to small contactors—who need work.”

An action proposal came out of the meeting:
City officials should work with the community to develop a fair jobs policy, which the city should adopt instead of signing a PLA.

A new city policy can incorporate the “good” parts a PLA that protect workers’ rights, as well as protect the the rights of African Americans, women and other groups: The Building Trades unions must release their membership by ethnicity and adopt concrete goals for improving equity.

Ask the city’s Department of Race and Equity to mprepare a report on the equity implications of the various jobs policies.

Utilize the results of a long-awaited Disparity Study to pinpoint policies that will level the playing field for small minority and women-businesses that seek contracts.

Related Topics:economicsjobsOaklandPost Salon
Up Next

‘No Excuses’ Only Works When It Applies to the Adults in the School, Too