The Oakland Post has endorsed candidates for five seats on the City Council, looking for leaders who are dynamic and visionary,  have a track record of compassion and solidarity with neighborhoods in need, and are capable of working collaboratively with all parts of the city.

Panelists directed their questions to several of the deep concerns of local residents that are covered regularly in the pages of the Oakland Post. One issue was whether the candidates support real estate developer John Fisher’s proposal to buy the Oakland Coliseum property in East Oakland and take over Port of Oakland public property in West Oakland to build high-end luxury condominiums, a mall and a baseball stadium.

Candidates were asked if they have a comprehensive plan for housing Oakland residents including the homeless and the housing insecure. 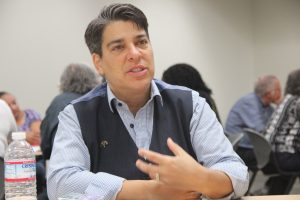 Councilmember at Lage: Rebecca Kaplan, has supported many of the issues that are of particular importance to the African American community and people of color throughout this city.

Her leadership has been crucial on housing and tenant rights, police reform and an end to racial profiling, to improved air quality and toxics cleanup.

Her efforts have earned her the respect of many and the hostility of a few.

Kaplan is accessible and responsive to input. Her opponent has no experience in public office and sometimes seems confused by the issues. 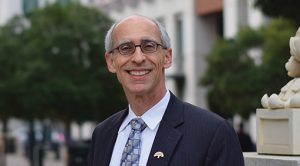 District 1: Dan Kalb has served on the City Council since 2013.  He has worked hard to create a strong police commission to oversee the Oakland Police Department.  He has also collaborated with fellow councilmembers to create policies for affordable housing and tenant protections.

People in his district have raised that they do not find Kalb accessible. We hope that is something he will change. 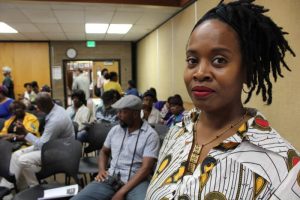 District 3: Carroll Fife is a candidate who represents real reform in city government and has programs and a track record of working for practical, systemic changes in housing, jobs, racial justice,  health and public safety.

Though she has never held or run for public office before, she is well known for her work in the neighborhoods and at City Council by staff and elected officials for years of work on behalf of the community on many of the most important issues in Oakland.

She was a strong community advocate for the fight to create Oakland’s Department of Race and Equity. She has worked for jobs and training resources for unemployed and job-seeking West Oakland residents. She advocated for Moms for Housing, and she has fought foreclosures and evictions.

Fife has a plan for innovative strategies for housing local residents, to help those who are fighting to stay in Oakland and to bring home those who want to come back to the city.

She has a  plan to rethink criminal justice: improve public safety while reducing police costs and overtime, utilizing mental health and other supportive resources.

District 3 is severely impacted by housing displacement and a  tremendous increase in unhoused individuals.  She has a plan to address this tragedy in West Oakland. 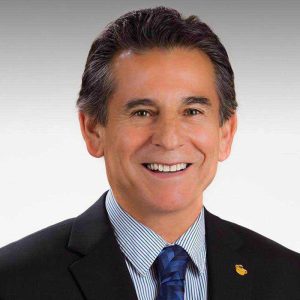 Noel Gallo has served on the council since 2013. He formerly served on the school board. For years, he has organized neighbors to hold trash and waste cleanups in District 5 every weekend.

He has raised critiques of the Howard Terminal stadium project and opposed selling the Oakland Coliseum property to a private developer. He has been a long-time advocate of utilizing public land for the public good.

Standing up to resistance, Gallo was one of the council members who worked tirelessly to help create a police commission to promote public oversight of the police department. He has a reputation for being very accessible to his constituents.   While serving together on the Oakland School Board, Post publisher Cobb and Noel Gallo led the fight for funding for La Escuelita Elementary School.

Members of the Post endorsement panel appreciated a lot of ideas of District 5 challengers Richard Santos Raya and Zoe Lopez-Meraz and hope they will stay engaged in the public dialogue. 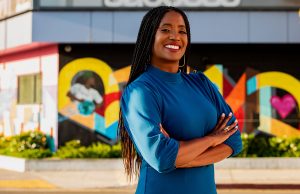 District 7:  Treva Reid (first choice endorsement) is a newcomer to elected office and appears to be very accessible and thoughtful.

A graduate of Hampton University,  she has worked as a Senior Field Representative for then Assemblymember (now State Senator) Nancy Skinner, She advocated for housing policies, gun violence prevention, job training programs and legislation for incarcerated and formerly-incarcerated individuals.

She serves as an Associate for Assembly District 18 on the Alameda County Democratic Central Committee and is an Emerge California Alumna. She is also a ministry leader at Shiloh Church in Oakland.  During the campaign, she has exhibited a grasp of the totality of issues affecting the city and which council members must confront.  The Post publisher was impressed with her voluntarism and church community service activities. 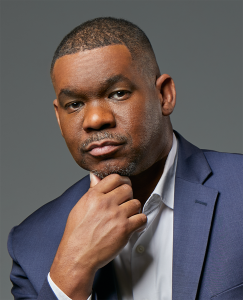 Aaron Clay (second choice endorsement) has a strong understanding of the issues and is very forthright about the need to protect public land for the public good.

He is a graduate of Morehouse College and Loyola University of Chicago Law School.  His mother worked for over 30 years as a librarian in Oakland schools.

He serves on the board of the nonprofit Youth UpRising in East Oakland.