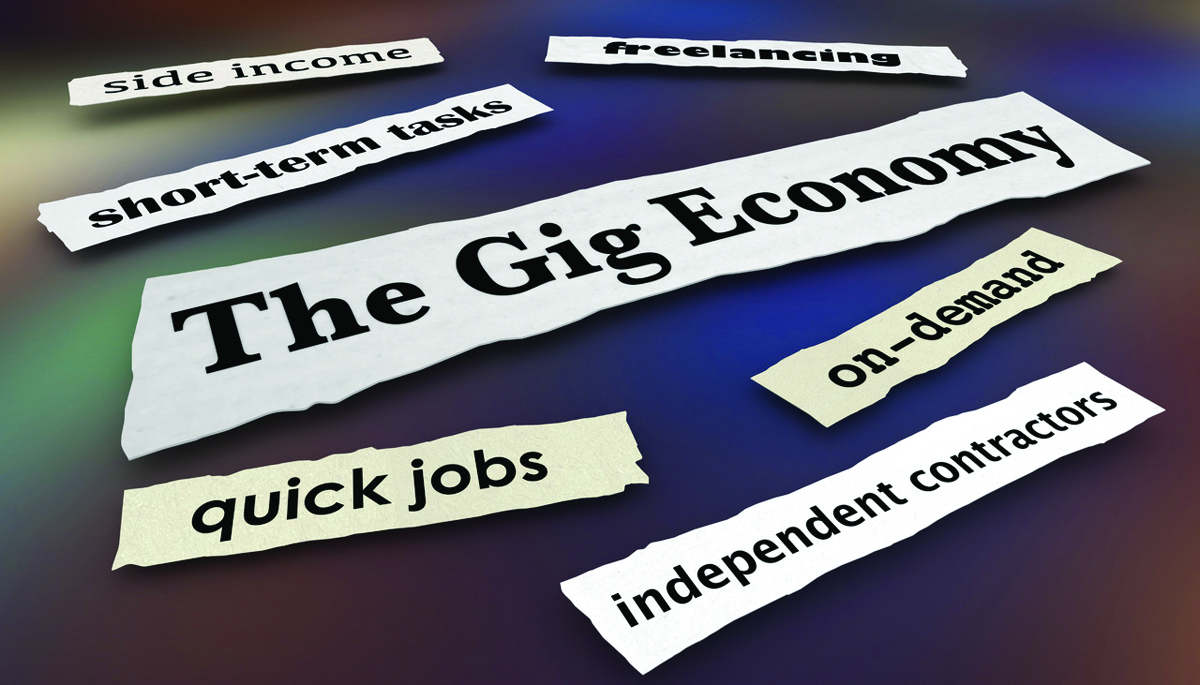 Out-of-work gig workers in California whose employers have not paid into the state’s unemployment insurance fund — as well as Californians without jobs who have run out of unemployment benefits — will be able to file new unemployment claims.

Starting April 28, the state will begin accepting unemployment insurance (UI) applications from both of those categories of jobless Californians through the California Employment Development Department (EDD) website.

“We have been working on making sure that we get Californians what they are entitled to under PUA,” California Labor Secretary Julie A. Su wrote in an open letter last week.
She was breaking down the new federal government Pandemic Unemployment Assistance (PUA) program that provides Californians an additional $600 a week on top of whatever amount — between $40 and $450 —  they qualify for under the state’s unemployment insurance program.

The supplemental unemployment money is funded by the Coronavirus Aid, Relief, and Economic Security (CARES) Act, which the United States Congress approved and President Trump signed into law last month.

EDD has built a new system to handle new CARES Act claims for both the regular state unemployment insurance benefits and payouts from the new federal PUA program.
The website has specifically been constructed to accommodate claims from independent contractors, the self-employed and individuals who lack sufficient work history.

For every week a gig worker was out of work between Feb. 2, 2020, and March 28, 2020, he or she will receive $167 in unemployment benefits from the state of California, according to the EDD. In the next phase, which runs from March 29 to July 25, unemployed gig workers will receive $167 for each of those weeks, plus an additional $600 in PUA payments. For the final phase, which goes from July 26 to Dec. 26, they will go back to receiving only the $167 in PUA benefits if still needed.

Su provided some specifics of the PUA program during the same press conference and in a letter addressed to all Californians on April 15.

According to Su, the PUA program will have a fast turnaround so that benefits can be administered within 24-48 hours. Also, benefit payments will be retroactive, going back to the first week of February, if the applicant can prove that his or her loss of work was due to COVID-19. She added that the extra $600 from the federal CARES Act will also be retroactive.

To handle the increased hours and high amount of calls, the Unemployment Insurance branch has added 740 new EDD employees and 600 others across state government.
Su said the state has taken other steps to make sure that people affected by the crisis receive their money without delay, including extending call center hours from 6 a.m. to 8 p.m. and adding phone lines.

Also, Labor Secretary Su announced April 23 that EDD has temporarily suspended Unemployment Insurance certifications for the weeks ending March 14 through May 9. EDD will issue regular unemployment payments during those weeks, and will not stop payment unless notified that the recipient has found new employment.

On April 14, Su held a Facebook Live discussion to update the public about unemployment benefits. She answered questions from concerned self-employed workers who had received ‘$0’ UI determinations from the EDD and had trouble getting a representative on the phone.

According to Su, a ‘$0’  determination means that there was no money paid into self-employment from a previous employer. She also said that self-employed workers who applied for UI would possibly have to apply again for PUA once it’s available.

Newsom also announced a $75 million Disaster Relief Fund for undocumented Californians who are ineligible for UI benefits and disaster benefits, including the federal stimulus check, due to their immigration status. According to Newsom, individuals can apply for a one-time cash benefit of $500 per adult capped at $1,000 per household beginning next month.