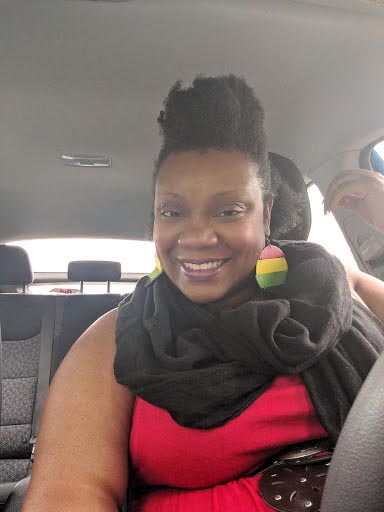 I’ve been a rideshare driver with Uber for over a year and I’ve witnessed firsthand how companies like Uber and Lyft have consistently exploited low-income drivers and drivers of color.

For years, Uber, Lyft and other companies have advertised the benefits of working for them, highlighting flexible hours, livable wages and more. Alongside those promises were images of Black and Brown people smiling at the thought of the future they were being promised.

I quickly learned firsthand that even though these billion-dollar corporations talk about flexibility and innovation, they are just repackaging the same old tactics designed to take advantage of immigrants and communities of color to keep costs low and increase earnings.

At the beginning, the images drew me in because I love helping people. I used to be a teacher because it has always been important to me to help Black girls understand that they have power and that they can be more than what they see on TV and in the media. I thought that driving for Uber, beyond hopefully paying the bills, would help me meet new people, connect with them and learn more about my community.

It is true that driving for Uber let me meet new people. But the company’s promises of a flexible job that pays the bills couldn’t be further from the truth.

I kept driving longer and longer hours just to make enough to keep up with the cost of upkeep for my car, gas, insurance, and every other cost the company refused to pay. I spent 30 to 40 hours a week driving, and I still couldn’t make enough to get by.

That’s not flexibility to me.

And then the pandemic hit.

I knew from the first day of the pandemic that COVID-19 meant trouble. In San Francisco, where Uber and Lyft are headquartered, 78% of app-based workers are immigrants and people of color. About 15% rely on public assistance and another 20% earn $0 after expenses are paid.

Drivers like me were already living on the razor’s edge of poverty before the pandemic– and as a Black woman with asthma, I knew I would be at risk.

I and many other drivers were faced with the same impossible choice. I could keep driving to make ends meet and risk getting sick – even dying – or I could stop working.

Those were the only options Uber left me with.

And now, while Black and Brown drivers are barely getting by, Uber and Lyft and other gig companies are throwing a record-breaking $184 million at Proposition 22, a ballot initiative that will drive down driver wages and take away important protections California laws give us.

A UC Berkeley study found that drivers could see their wage drop to $5.64 an hour. Prop. 22 would also make it much harder for workers to access affordable health care and offer no paid sick leave during and after the pandemic.

Uber then has the gall to spend thousands on billboards claiming they’re for racial justice. What they are really doing is trying to protect their bottom line on the backs of Black and Brown workers.

To add insult to injury, they then recruited organizations like the California NAACP to push the message that Prop. 22 is somehow going to improve conditions for communities of color and immigrants.

There is nothing of value for workers in this proposition. Just like historical racism in this country, Prop. 22 was written to make rich CEOs richer while people like me work twice as hard to get half as far.

I speak for my fellow drivers and community as a Black woman, the mother of two beautiful and brilliant Black men, an educator, and a native of Oakland, California, where gentrification has ravaged my city of its diversity: If Uber and Lyft really cared about their diverse drivers and racial justice, they would do the one thing they’re supposed to do – follow the law.

Related Topics:COVID-19LyftProp 22Uber
Up Next