Opinion: No One is Immune to Online Manipulation. It’s Time we Take it Seriously
Advertisement 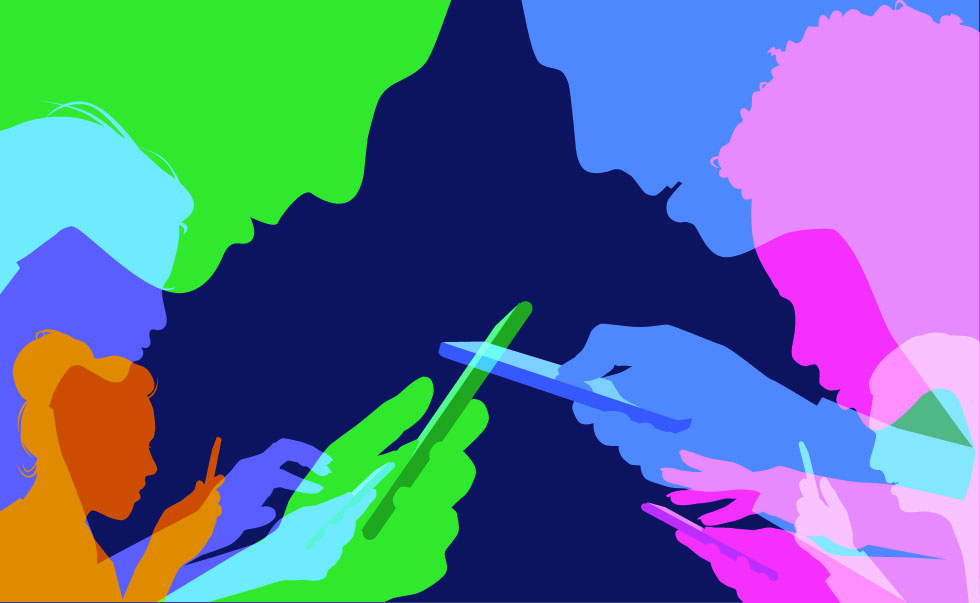 It would appear as if certain people are more susceptible to misinformation and propaganda. That friend of yours on Facebook claiming COVID-19 came from 5G towers because they saw a YouTube video that “broke it down.” The Twitter rants against Bill Gates claiming he created the COVID-19 virus and is holding the vaccine from the public for some reason. None of these claims are based on factual research, yet conspiracy theories are often louder than the truth.

We often think that depends on what political leanings we have, our level of education and the beliefs we hold. Democrats and liberals tend to think those who favor President Donald Trump who uneducated and poor, while Republicans and Trump supporters believe they hold the truth in their convictions against liberals.

Earlier this year I watched the Democratic primaries unfold on Twitter and Facebook in a disturbing way that brought me back to 2016. As much as Democrats, progressives, liberals and leftists tend to believe they are far more educated and immune to misinformation campaigns, most of them can not see when right-wing propaganda starts to bleed into their political commentary. When they do see it, it is often too late.

According to pewresearch.org, 72% of adults have used at least one social media site as of Feb. 7, 2019. That is a 67% increase since March 21, 2005. Currently, about 22% of Americans are using Twitter, while 69% are using Facebook. The current trends are showing the impact that social media has on politics to spread information. How can we prevent the abuse that is used to influence public opinion?

First, let me explain what I watched unfold in the primaries that showed online manipulation in action. I was supporting Elizabeth Warren but would have favored Bernie Sanders’ policies as a second choice. Anyone other than Trump seemed like a more competent choice, a lot of candidates were bringing good ideas to discuss. Yet, anytime I tried to make a comment or post about Elizabeth Warren I would get insulted by Twitter trolls. They would comment so fast it was impossible for them to be real people. A post with an article would pop up and 30 seconds later there would be six comments claiming she is racist for claiming to be Native American. “She didn’t even bother apologizing,” many would say, which was not true at all. “She was a Republican,” another would say, trying to make it seem as if that was not over 20 years ago and she did not evolve her views in that time. Almost all of the accounts trolling Warren were Sanders supporters, which seemed odd considering they both have similar policies.

This is feedback those of us backing Sanders were getting for some time, and we brushed it off for way too long.

A lot of women in my life–not just white women–told me they were aligned with his policies but just too turned off by dirtbag harassment. https://t.co/ogf6aepHIC

The Sanders campaign was notified by U.S. officials that Russia was trying to help him win his presidential campaign, according to The Washington Post on Feb 21. Sanders was quoted in the article saying he was notified a month earlier, and his message to Russia was to stay out of American politics. The reporting said Russia was trying to help Sanders campaign win, it did not say against who and the subject was not brought up again in mainstream media.

When Warren dropped out of the primaries Sanders supporters demanded that Sanders get her endorsement, but by then it was too late to reverse the damage. While Biden picked up a number of endorsements from other popular moderate presidential candidates who had dropped out like senators Kamala Harris and Cory Booker, Warren could not press forward to endorse Sanders.

Vox claimed the “dirt-bag left” was the possible cause of the problem as they reported on an interview Warren did with MSNBC reporter Rachael Maddow. In the campaign exit interview, Warren explained that due to online bullying from the left she could not endorse Sanders saying, “We are responsible for the people who claim to be our supporters and do really dangerous, threatening things to other candidates.” The “dirtbag left” refers to a podcast that Sanders had appeared on called “Chapo Trap House.” The podcast — as well as Sanders’ national press secretary at the time Briahna Gray who also wrote The Intercept, — repeatedly attacked Warren online, making Sanders’ request for his supporters to tone down their attacks seem disingenuous.

By early May, the Twitter hashtag #JoeBidenIsARapist went viral, as did #believewomen. Many self-proclaimed leftists on my timeline pushed the tags alongside right-wing twitter accounts. Both leftists and those on the right demanded Biden drop out, many leftists believed this would create an opening for Sanders to get back into the race and win. It seemed odd that Warren was largely attacked up until the point when Biden was the last contender in the primaries, and now both the left side of Twitter and the right were attacking Biden before further in-depth reports came out about the Tara Reade allegations against him. PBS Newshour reported on May 15 that Reade’s claims of sexual assault by Biden in 1993 contradicted the accounts of 74 former Biden staffers they spoke to.

Examining who falls for online political manipulation, Companion Proceedings of The 2019 World Wide Web Conference collected datasets with over 43 million election-related posts on Twitter in the span of Sept. 16 to Nov. 9, 2016 which included accounts the US Congress associated with Russian trolls. The study called “Who Falls for Online Political Manipulation?” by Adam Badawy predicted accounts that spread trolls, and showed in the 2016 election that political ideology was highly predictive for those likely to spread troll-produced malicious content.

The study concluded that, “Declining trust of citizens of democratic societies in main-stream news and their increased exposure to content produced by ill-intended sources poses a danger to democracy.”

An observation I’ve made in the connection between who of my friends spread false information and who does not is a difference in who is willing to take information and learn from it, and who has not done research but will spread any information they find as if they are an authority on the subject.

Friends don’t let friends spread ignorant claims causing confusion and possible danger to the public. The problem that many people do not recognize when they blame the media for misinformation is understanding the fact that all of us create media, that is what social media is. Social media does not exist without its users.

It is our responsibility to look into political candidates, public health and safety issues from fact-based scientific backed sources. It is harder to do educational science-backed research than opening an article in our newsfeed that tells us what to think, but if we want a functioning informed society it is our duty to realize our responsibilities as spreaders of information, especially to those in our inner circles and communities who trust us the most.