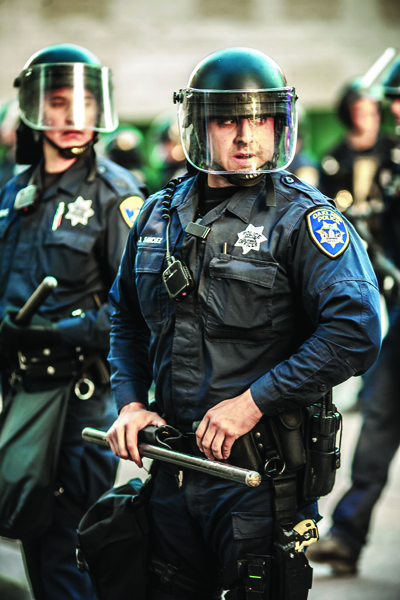 The future of the Oakland Police Commission could be decided by the City Council on Tuesday, June 9. Will the voters be allowed to strengthen the independence and authority of the community’s commission, or will they be asked to weaken and marginalize it?

The City Council will decide what to put on the ballot in November and that’s the stark choice.

The murder of George Floyd in Minneapolis and the brutal overreactions of police departments across the country to the resulting demonstrations vividly illustrate the crying need for civilian oversight of the police. That oversight has to be real, not “advisory” and it has to have teeth.

But, you might say, what about Oakland’s mayor and the City Administrator? Aren’t they supposed to be over the police? Yes, they are. But few of Oakland’s officials over the years have even tried to be in control.

The powerful Oakland Police Officers Association, the police union, keeps them in line with campaign contributions, the “carrot,” and threats of opposition, the “stick.” We’ve had 17 years of supervision of the Oakland Police Department by a federal court because Oakland’s politicians are unable to control OPD.

But change must happen and Oakland should lead the way.

Our strong, community-led Police Commission was created to oversee our police department. It was created in 2016 by Measure LL, which was approved by more than 83% of the voters. That measure created what is probably the strongest civilian police commission in the country but it did not fully anticipate the city administration’s resistance.

The mayor, the city administrator and the city attorney have done all they could to hobble the Commission. The city refused to allow the Commission to hire an inspector general, even though the City Council authorized it.

The city attorney seemed to think her job was to tell the Commission from the time it was formed what it couldn’t do instead of what it could do.

The Commission’s powers need to be clarified in a new ballot measure that would further amend the City Charter.

The Coalition for Police Accountability has partnered with the Police Commission to create a draft City Charter amendment that will allow the Commission to be truly effective in ensuring that the Oakland Police Department is firmly and permanently dedicated to constitutional policing. That would allow us to transition from federal court oversight to local oversight by the Commission.

But to get that draft before the voters, it has to be approved by a majority of the City Council. This won’t be easy. The police union and its allies are doing everything they can, not just to stop progress but to actually give more power than ever back to the police.

One provision the community is fighting would allow the police chief to unilaterally declare martial law for 60 days. Another would require a six-vote majority of the eight-member City Council for critical Commission business.

Efforts to strengthen the Commission will only be successful if the community is fully mobilized and vocal. Ultimately, the voters are the key to the success of effective police oversight in Oakland.

The energy, dedication and yes, love, we’ve seen in the peaceful demonstrations of the past week must result in permanent change.

But it won’t happen by just staying on the streets. We have to bring it into City Hall.

Let’s go to the City Council chambers at 11:30 a.m. on Tuesday, June 9 and tell our council members that we want the Coalition/Commission City Charter amendment and we won’t accept any watered-down version.

Come and have your voice heard! And if you can’t come, send an e-mail to Council@oakland.ca.gov

Attorney Larry White is a member of the Oakland Coalition for Police Accountability.  He served as a senior staff counsel for the California Department of Insurance from 1992 to 2013. His responsibilities included reviewing and commenting on dozens of pieces of legislation every year as well as drafting new legislation and regulations.