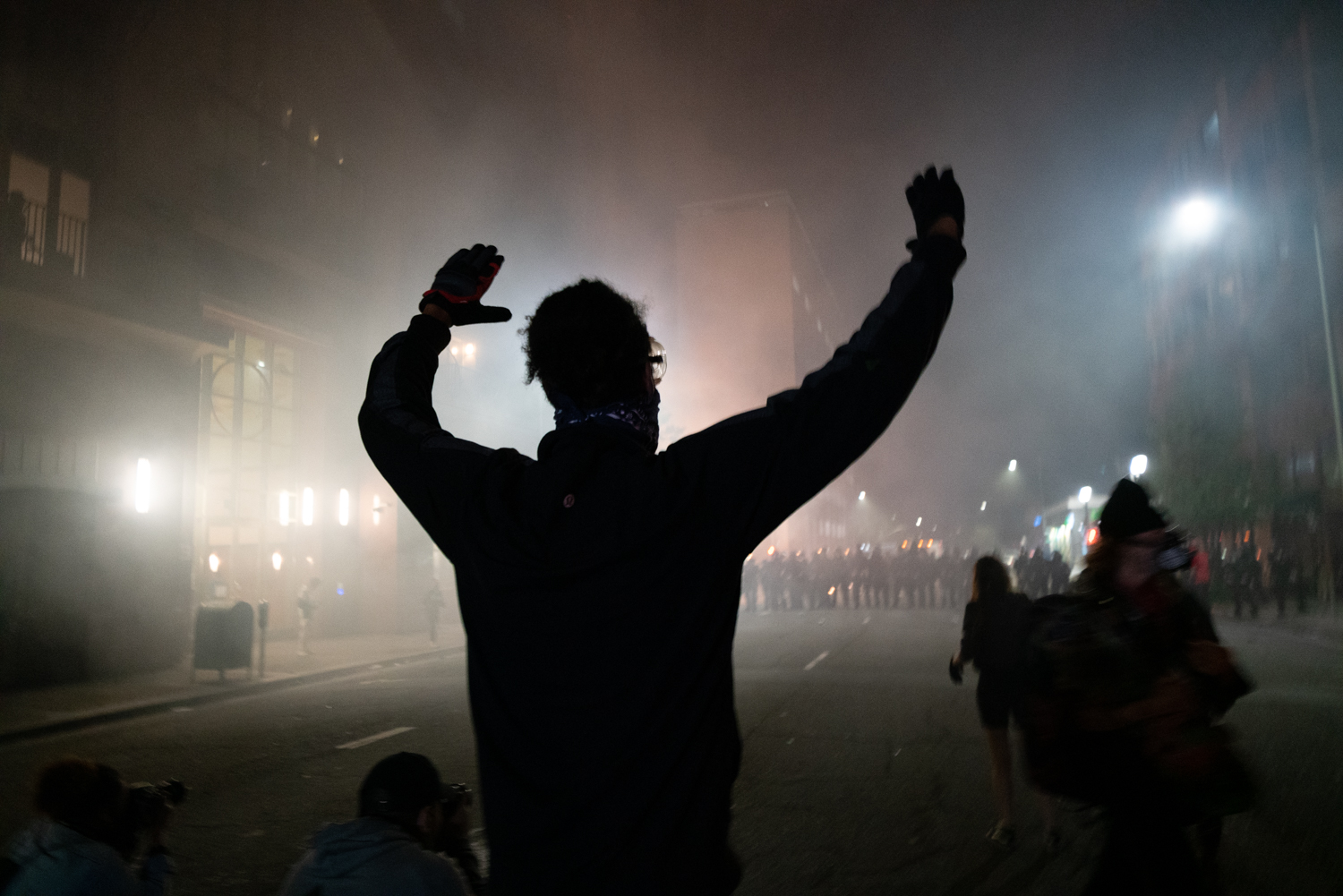 The inspiring rise of a new generation protesting against racial injustice is driving a new era of change in America, like the generation that emerged 60 years ago to build the civil rights movement of that time.

July 16, 1960 is marked in my memory: that is the day I joined seven other friends to walk into the whites-only Greenville Library, and to be arrested for violating the segregation laws.

That was more than five years after the 1954 Brown v. Board Supreme Court decision that declared “separate but equal” — the lie that justified segregation — a violation of the U.S. Constitution. Yet in Greenville, South Carolina, where I grew up, nothing had changed.

We still lived in a segregated bubble. The public library, the buses, the schools, the pool — all were still segregated. There were no Black police officers, or firemen, no Black elected officials. Even the graveyard was segregated. Our options were limited. For example, graduating from high school, I could not even apply to Furman or to Clemson or to the University of South Carolina. I went to the University of Illinois on a football scholarship.

When I returned from Christmas vacation in 1959, I could not use the public library to do my assignments. The Blacks-only library did not have the book I needed; the white library did, but I could not walk in the door. I vowed that I would not accept that when I came home in the summer.

Protests were beginning to spread, as a young generation decided to burst the bubble of segregation and claim their rights under the Constitution. Students in Nashville and Greensboro and elsewhere were beginning the sit-ins. The July demonstration at the library was a turning point in my life, as demonstrations were for many across the South.

We met with fierce resistance. We were denounced as outside agitators, tarred as socialists or communists, and suffered from violent opposition from private vigilantes and uniformed police officers.

But the movement kept building and would not go back. In 1964, we won the Public Accommodations Act, which declared an end to segregated public facilities. In 1965, we won the Voting Rights Act, propelled in part by the horrible spectacle of the police riot on the Edmund Pettus Bridge in Selma, Alabama. Personally, I started working With Dr. King in 1965.

The barriers that we struck down opened the way for a new South. Industries and modern companies like CNN would come to the South. As universities desegregated, so did athletic fields. Professional teams like the Atlanta Braves could be built. African Americans began to win elections at the state, local and national levels.

We broke the chains of legal apartheid in the United States and transformed the country. Yet, as we have witnessed time and again, we did not end racism in this country. We did not succeed in breaking the biased institutional structures that still enforce racial injustice — from red-lined neighborhoods to savagely unequal schools to wage and hiring discrimination to a dangerously discriminatory criminal justice system. Dr. King’s drive for economic equality as the next stage of the civil rights movement was cut short by his assassination.

Now a new generation is emerging to challenge these injustices. The demonstrations in the aftermath of George Floyd’s murder have been the largest in our history.

On opinion surveys, a stunning 15 million to 26 million Americans report that they have participated in demonstrations for Black lives in 2,500 places from small towns to big cities. Forty percent of the counties in the country have witnessed protests. White participation has far exceeded that in the first civil rights movement.

This new generation of protest holds great promise for America. Despite its breadth and depth, it will face great resistance — and not simply from a Donald Trump desperate to discredit it for his political purposes. Entrenched interests will resist change. The movement is focused on reforming areas — criminal injustice, economic inequalities, basic economic and political rights — that threaten the privileged and the powerful.

Yet what we learned 60 years ago is that when people move, change is possible. Then the powerful forces of segregation that seemed overwhelming could not withstand the moral force of a generation not willing to put up with glaring injustice silently. Now this generation has an opportunity to make America better, and the lives and options of millions are at stake in their struggle. This is a time for anyone with a conscience and a pulse to join this extraordinary movement.