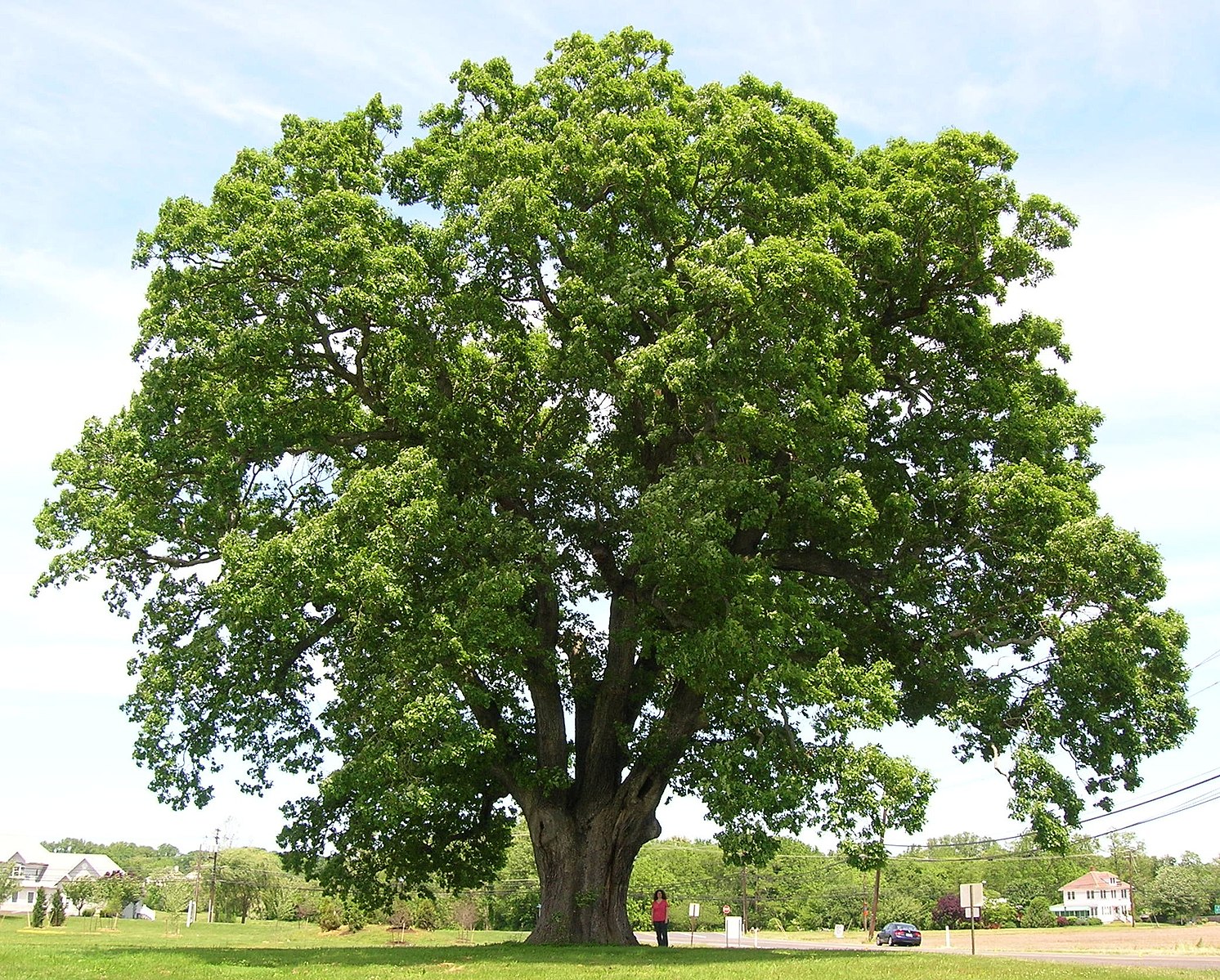 Black People are being infected and dying at disproportionate rates from COVID-19.

This past Saturday, Community Ready Corps (CRC) and The Anti Police-Terror Project  (APTP) virtually convened a range of Black leaders in Oakland to develop a set of demands around how we expect Oakland to respond to this crisis.

Despite the mainstream media narrative that Black people are “unhealthy” or live “risky lifestyles,” the reality is that for 400 years Black people in this country have been pushed down to the bottom of every indicator that would lead to a healthy and thriving quality of life.

This is true in Oakland. Black people make up the majority of the unhoused and displaced, live in the neighborhoods with the highest concentration of air pollution and have the least access to healthcare and healthy food.  As a result, Black bodies are more susceptible to the ravages of COVID-19.

Oakland should have moved preemptively to stop the spread of this virus in Black neighborhoods and ensured Black residents had accurate information, cloth masks, hand sanitizers; but this work was instead left up to grassroots organizations like Community Ready Corps.

In San Francisco, new data revealed that Blacks and Latinos make up the majority of the 1,126 cases in the city.  We can be sure that this will hold true in Oakland as well. The City of Oakland needs to release similar data immediately and work with trusted Black community leaders and organizations to respond.

The coalition’s demands are both short and long-term in a wide range of areas from housing to education to testing and healthcare.  Some of these include:  Free, full, accessible testing and retesting sites, both walk-up and drive-through, in East and West Oakland and at encampments, No criminalization of youth-related to COVID 19 precautions such as wearing a mask, etc., Immediate paid sick days for all essential service workers, Rent abatement for the duration of the administrative closure followed by percentage rent through 2020 for tenants coupled with mortgage forgiveness for landlords.

Amid Budget Cuts and Economic Uncertainty, School Board Increases Spending on Top Administrators 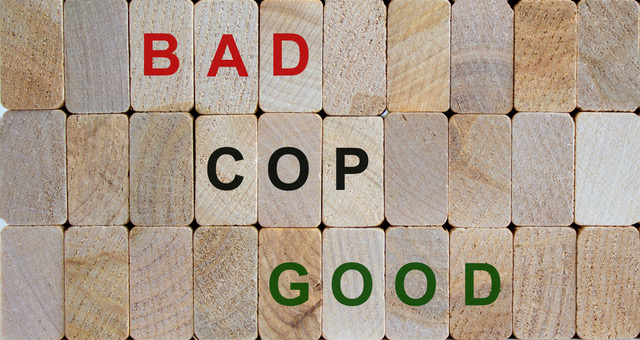 California State Sen. Steven Bradford (D-Gardena), chair of the California Legislative Black Caucus (CLBC), admits that he will meet challenges along the way as he fights for police reform in California.

Last week, at a Senate Judiciary Committee hearing he defended a bill he introduced in the Legislature that, if passed, would decertify cops for inappropriate behavior. During that appearance, Bradford made a persuasive case for police reform that was, at turns, forceful and thoughtful, bringing a cool head but passionate voice to a topic that has created a bitter divide in the California electorate, pitting advocates of police reform violently against people who support law enforcement.

“This is a tough issue but it’s a righteous issue,” Bradford told his colleagues.

“And we want to be intentional about what we are doing here in California when it comes to police reform,” he continued during his passionate closing argument for police reform on April 27. “That’s what this bill does. It’s intentional in what we are trying to achieve. This is a fair measure and far better than any that exist today.”

SB 2 will create a statewide process to revoke the certification of a peace officer following the conviction of serious crimes or termination from employment due to misconduct.

Bradford praised the judiciary committee’s majority vote, describing it as progress that would put California on the “right side of history.”

“The passage of SB 2 (April 27) is another step toward the goal of achieving much-needed accountability in policing, and I thank Senator Bradford for his steadfast commitment to achieving critical and necessary reforms,” said Atkins. “As with anything this big, there is a lot of work ahead, and I remain committed to working with my colleagues to get this bill in the position to cross the finish line.”

The California Peace Officer Association (CPOA) believes that Bradford’s bill would turn the California Committee on Police Officer Standards and Training (POST) into an investigative agency. A sticking point for the group is that the people who would be given the authority to probe police misconduct would primarily be non-peace officers.

“We, of course, know that not all reform is a good reform, and CPOA among others is open to ‘reimagining public safety in California,” Shaun Rundle, CPOA’s deputy director said in a written statement about several police reform and public safety bills scheduled for hearings. “What we didn’t imagine, however, was the continued attacks against a noble profession who have proven to improve and drive down crime in this state year after year.”

With the passage of SB 2 out of committee, the legislation will move on to the Senate Appropriations Committee for consideration. If it advances out of that committee, SB 2 could head to a Senate floor vote.

During the Judiciary Committee hearing, which lasted for nearly three hours, a few senators expressed their support but asked Bradford to modify language pertaining to the Bane Act.

Supporters of police reform in California say the Bane Act has been undercut by bad court decisions over the years. They argue that it was once an effective law intended to protect the civil rights of people in the state but has since been weakened as an effective check against police excessive use of force.

“We are concerned that the language removing employee immunity from state civil liability will result in individual peace officers hesitating or failing to act out of fear that actions they believe to be lawful may result in litigation and damages. In so doing, SB 2 will very likely jeopardize public safety and diminish our ability to recruit, hire, and retain qualified individuals,” the California State Sheriffs’ Association said in a written statement.

But Bradford says his bill essentially addresses rogue policing and hinders the ability of fired officers to find employment at other agencies even when they have a record of misconduct that got them terminated.

Among states that do not have a process to decertify cops for criminal behavior are Hawaii, New Jersey, Rhode Island, and California.

“We lead in technology, we lead in the environment, we lead in all those things that are important except for criminal justice reform,” Bradford said, referring to California’s reputation as a political trailblazer on several fronts.

People of color live in the communities where the majority of police misconduct incidents take place, Bradford said, adding that SB 2 will save Black and Brown lives.

“How many more people, regardless of color need to lose their lives because of the callous acts of law enforcement?” Bradford asked his colleagues. “There are two systems of justice in this country. But you’ll never know, and really understand. Its far different than anything any of you guys have encountered or will encounter.” 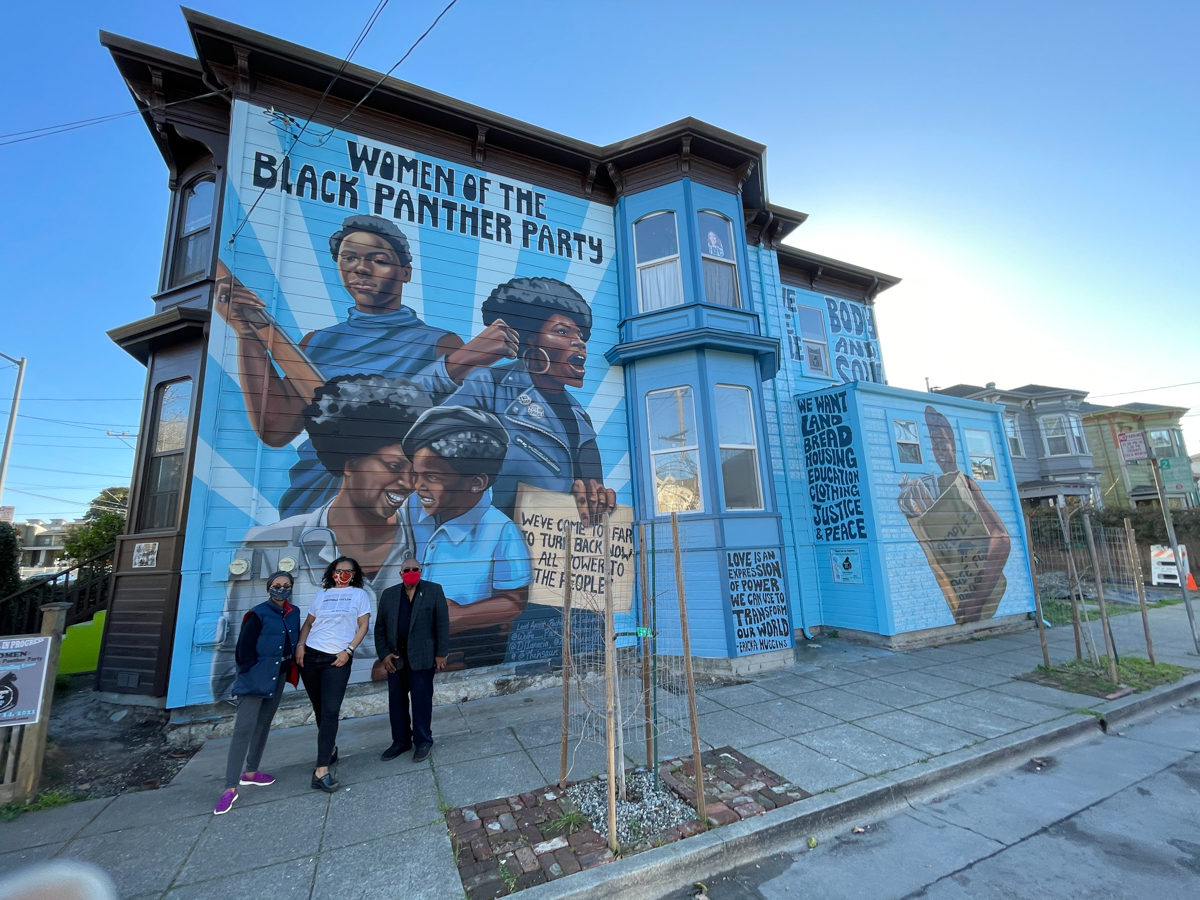 Born and raised in Chicago, Jilchristina Vest moved to the Bay Area in 1986 when she was 19 years old. In 1995, after earning degrees in Black Studies, Women’s Studies, and Multicultural Education from San Francisco State University and the University of San Francisco, she had a job working for OCCUR.

There she learned about the rich history of African American success and activism in West Oakland and its connection to The Black Panther Party. And because of that history, Vest began her search for a home in West Oakland.

Some 20 years later, Vest found a way to say thank you to Oakland, her friends, community and The Black Panther Party – all the reasons she is here. She has done it by assembling a team to install a 2,000-square-foot mural on the wall of her house to honor the unknown and unseen heroes of The Black Panther Party.

Located at the corner of Center Street and Dr. Huey P. Newton Way, work on the mural began in January of 2021.

The source of this story is the Women of the Black Panther Party Mural web site, https://www.wbppmural.com/ 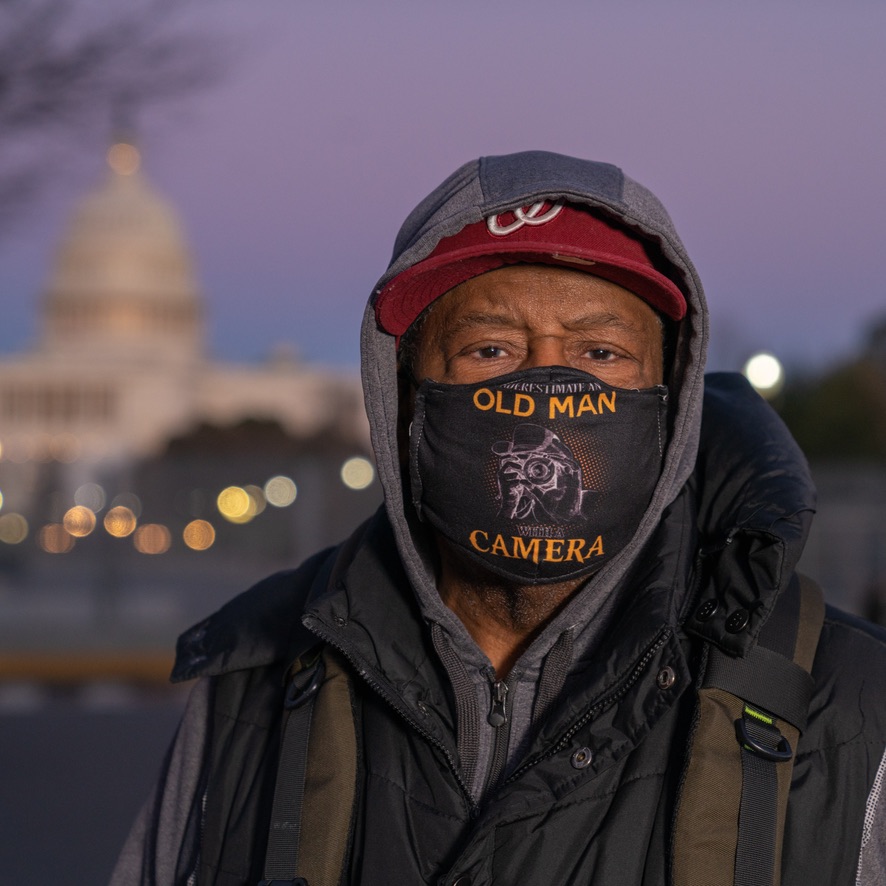