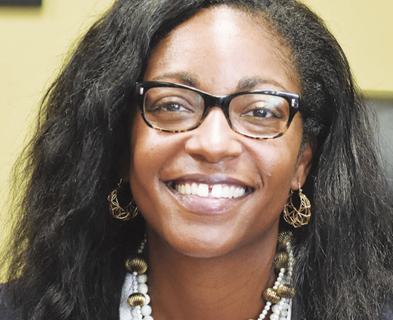 Following drastic budget cuts, layoffs and school closures and amid future uncertainty about the impact of the pandemic on state funding, the Oakland Board of Education has voted to extend the contract and give a raise to Supt. , while also hiring a new chief business officer at the cost of $283,354, salary and benefits.

Acting at this week’s online board meeting, the board unanimously approved a new contract for the superintendent, which extends her position through June 30, 2023, and pays $359,654, salary and benefits — a raise of $24,105 a year.

While the superintendent’s  $280,000 a year base pay does not increase, she will receive longevity pay and retirement contributions, up to a maximum of $55,200 in the final year of her contract.

The new contract will replace her current four-year contractual agreement, which was set to expire in June 2021 and paid an annual salary of $335,549, total pay and benefits, according to the website Transparent California.

“In my opinion, the number one action we (the school board) can take to ensure the long-term success of the school district is continuity in leadership, starting with the superintendent,” said School Board President Jody London in an online newsletter. The new contract “will make (her) one of the longest-serving superintendents in recent Oakland history, with six years of service in the superintendent role,” London wrote.

The board also unanimously approved an employment agreement with Lisa Grant-Dawson to serve as OUSD’s Chief Business Officer for April 27, 2020 through June 30, 2022, for an annual base salary of $247, 200 plus fringe benefits of $36,154.

Most recently, Grant-Dawson served as the Chief Business Officer of the Stockton Unified School District for almost five years.

In an interview, the Oakland Post, Keith Brown, president of the teachers’ union – the Oakland Education Association (OEA) — said he wanted to “acknowledge the important work that the superintendent is doing during the pandemic to make sure students and families have access to food.

Noting that the superintendent’s contract does not expire until next year at the end of June, Brown said, “I have concerns about the board entering this new contract with all the concerns about what the future will hold (and) the possibility of going into a recession. I don’t want to see this as a return to 2008, with massive layoffs and drastic cuts that will impact our students.”

“This decision (to extend the superintendent’s contract) should have been left to a new school board,” which will be elected in November, he said.

Most importantly, the superintendent and the new chief financial officer as the district’s leadership must commit themselves to work with the community and all stakeholders to maintain and improve “community schools with wraparound services.”  Online learning may be important at the moment but is not a replacement for nurturing public schools, he said, emphasizing that  “the physical space of the schools is a vital hub of the community.”

Transportation Agencies Should Hand Out Face Masks, Rather Use Police to Arrest Violators, Says Kaplan