Not unlike the four little girls killed in a church bombing in Birmingham, Alabama in 1963, today the nation and the world are saddened and outraged at the hatred and senseless killing of nine African Americans in the historic Emanuel AME Church in Charleston, South Carolina – including its pastor and a state senator.

Over three decades ago Operation PUSH held its national convention centered in this church, and I did two televised Firing Line interviews with William F. Buckley there.

This young white man, whoever he is, did not originate terrorism.

He is merely reflecting decades and centuries of institutional and active political terrorism. There were 164 lynchings of African Americans between 1877 and 1950 in South Carolina.

The shooting in Charleston is the result and the product of a protracted political genocide resulting from institutionalized racism, centuries of dehumanization and the current denial of economic and political equality of opportunity.

Today everyone is outraged at the killings, but there is not the same outrage that African Americans are number one in infant mortality, in life expectancy, in unemployment, in cheap wages, in access to capital and denial of bank loans, in imprisonment, in segregated housing and home foreclosures, in segregated and underfunded public schools, in poverty, in heart disease, liver disease, diabetes, mental health issues, HIV/AIDS and the lack of access to health care and more.

We ignore this institutionalized state of terror and the resulting racial fears at our peril.

Gov. Nikki Haley appropriately asked South Carolinians to pray for the victims and their families of these killings and decried violence at religious institutions, but she denies poor people access to health care by refusing to accept Medicaid monies under the Affordable Care Act – which is jeopardizing the economic viability of the state’s hospitals and costing South Carolinians thousands of jobs – and she still flies the Confederate Flag on the Capitol grounds.

But these injustices and indifferences are not just limited to South Carolina. They’re national in scope.

We need a White House Conference on racial justice and urban policy to make sure no one else is being hurt because of economic, political and leadership indifference or lack of vision of what needs to be done! Racism deserves a remedy.

We need the President, the Congress, the 50 Governors and state legislatures to put the same effort, resources and energy into ending the crime of racism, economic injustice and political denial throughout the nation. We’ve had enough Michael Brown, Eric Garner, Tamir Rice and Walter Scott killings.

We need prayer and we need hope, but we also need a political commitment and a financial budget committed to ending this protracted political genocide.

We need leadership with a vision for racial justice. We need an investment for economic justice – the current rising tide hasn’t lifted all boats.

And we need fairness in political representation. That’s what we need if we are ever going to put an end to the protracted political genocide of which African Americans have been the victims for nearly 400 years in the United States.

As the AP reported, “the Emmanuel AME church is a historic African-American church that traces its roots to 1816, when several churches split from Charleston’s Methodist Episcopal church. One of its founders, Denmark Vesey, tried to organize a slave revolt in 1822. He was caught, and white landowners had his church burned in revenge. Parishioners worshipped underground until after the Civil War.” 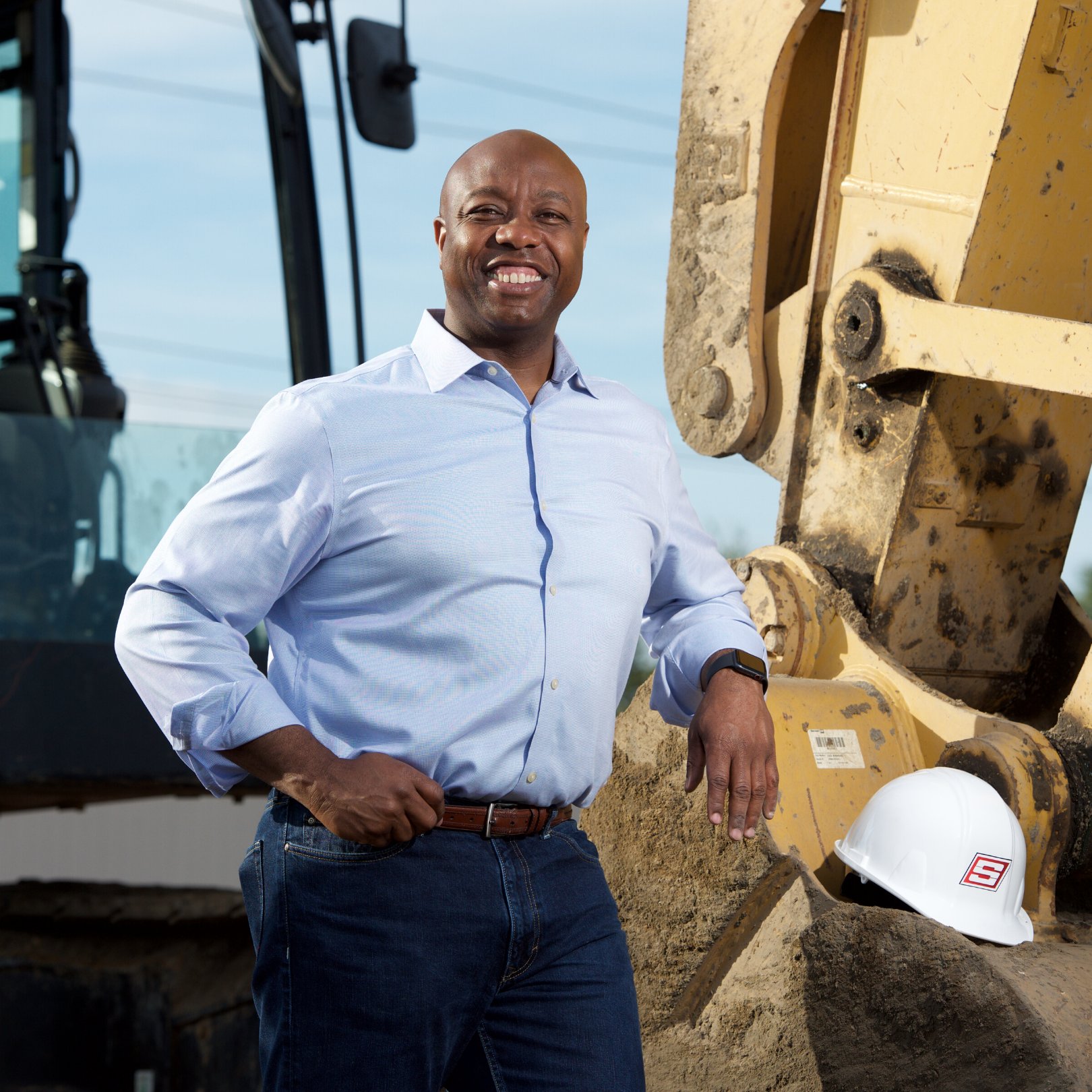 Asian Americans have long been  hampered at times by the “Model Minority” stereotype. What’s that about? You know, how Asian Americans’ success has been used against them in that “look how good they are” way. It’s an excuse to ignore them.  Here’s the thinking: as model minorities, we can all  ignore them. They don’t need any government help, affirmative action, or any such handouts. They are model minorities, ergo, the subtext–Why can’t you all be like them!

But not this year!

Sen. Tim Scott (R-South Carolina) has made a gift to all Asian Americans.

We aren’t the model minority anymore.

He was taking away our crown of “model minority” and placing it on his own head. And tying it on with his own bootstraps.

Got to hand it to Scott. He likes to brag: “I get called Uncle Tom and the N-word by progressives, liberals.” But honestly, to say America is not a racist country is possibly a bigger lie than “Trump won last November.”

A Biden margin of victory of nearly 7 million voters debunks that lie.

It would take just one chapter  of Asian American history—just the Filipino part– to refute Scott.

In an historical context, taking away Asian Americans’  “model minority” burden is quite significant.

Dropping the stereotype is important as America, after the Atlanta mass murders , finally begins to understand that we Asian Americans are beyond stereotypes. All together, Asian Americans are  23 million strong and diverse, from more than 20 countries. And we’re growing, destined to overtake the Hispanic population as the No.1 ethnic minority by 2060, according to the Pew analysis of Census data.

It’s especially important as the government looks to engage with all of its people in a new inclusive way.

It is the New America many of us in the ethnic media have been talking about for the last 20 years.

And that’s what Scott and the GOP are trying to negate that positive uplifting message of President Biden’s national address to a new America.

We’re getting a lot of history in the first hundred days of Joe Biden. In that speech, we got the precious first image of a U.S. president speaking to a joint session of Congress, flanked by a female speaker of the house, and a female vice president—a multi-racial woman of Black and Asian descent.

It’s the good history of an evolving democracy.

When Biden talked about “real opportunities in the lives of Americans,” he didn’t any of us leave us out.

Seven seconds of applause. And then to top it off, he transitioned to a mention of the Equality Act to protect transgender youth.

These were the specific and necessary moments when many of us could see ourselves. They were signs that government hasn’t forgotten who it’s governing—all Americans, of all stripes, collars, and colors. Biden’s all-encompassing economic plan covering infrastructure and families would cost anywhere up to $4 trillion.

Worth it? It is if we still want to be an America that’s of the people, by the people and for the people.

In 1948, female chefs were few and far between; black female chefs were almost nonexistent. But that didn’t stop Lewis from partnering with John Nicholson, an “antique dealer and bohemian with a taste for high society,” to open her own restaurant. It was called Café Nicholson. Located on East 57th Street in Manhattan, the café quickly became legendary. 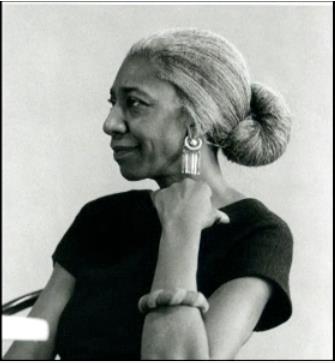 For decades, chefs, food critics, and writers neglected Southern cooking. Stereotypes dehumanizing chefs remain an echo in black culture today, from Aunt Jemima, the so-called happy servant on the syrup bottle to the promise of black servitude flooding TV commercials targeted at white American travelers to the fictional character Uncle Ben, created to sell rice to those in black communities. But Edna Lewis (1916–2006) was real and a giant in the culinary world.
Lewis was born on her grandfather’s farm in the rural community of Freetown, Va., a town founded in the late 19th century by three formerly enslaved people. One was Lewis’ grandfather. He also started the first school in Freetown, holding classes in his living room.
Despite not having modern conveniences, Lewis learned to cook early on. Most of her cooking lessons were taught by her aunt, Jenny. The two would prepare food using a wood-fire stove. Without fancy spoons or scales, they used coins and measured seasonings the old-fashioned Southern way: piling baking powder on pennies, salt on dimes, and baking soda on nickels. It has been said that Lewis could tell when a cake was done “just by listening to the sound it was making.”
Lewis left home after the death of her father; she was 16 at the time. She first relocated to Washington, D.C. and later to New York City. There she took on jobs as a presser in a Laundromat and at the Daily Worker, a local newspaper. She took part in political demonstrations and campaigned for Franklin D. Roosevelt. But what Lewis didn’t know was that her cooking was about to make her a local legend in The Big Apple.
In 1948, female chefs were few and far between; black female chefs were almost nonexistent. But that didn’t stop Lewis from partnering with John Nicholson, an “antique dealer and bohemian with a taste for high society,” to open her own restaurant. It was called Café Nicholson. Located on East 57th Street in Manhattan, the café quickly became legendary.
Lewis did all the cooking. Her simple Southern dishes, the ones she learned to prepare on a wood-fire stove, attracted a crowd of famous faces: Tennessee Williams, Truman Capote, Richard Avedon, Gloria Vanderbilt, Marlene Dietrich, and Diana Vreeland. Business was great and Lewis was making a name in the culinary world.
Lewis stayed with the restaurant until 1954. Café Nicholson was sold years later to Chef Patrick Woodside.
In the late sixties, Lewis broke her leg and took a hiatus from cooking professionally. It was then that she began to compile some of her recipes. The result: the Edna Lewis Cookbook. In 1976 she wrote The Taste of Country Cooking, which became was one of the first cookbooks penned by an African-American woman to reach a nationwide audience.
Lewis’ teaching and cookbooks have influenced and inspired countless young chefs. She retired as a chef in 1992.