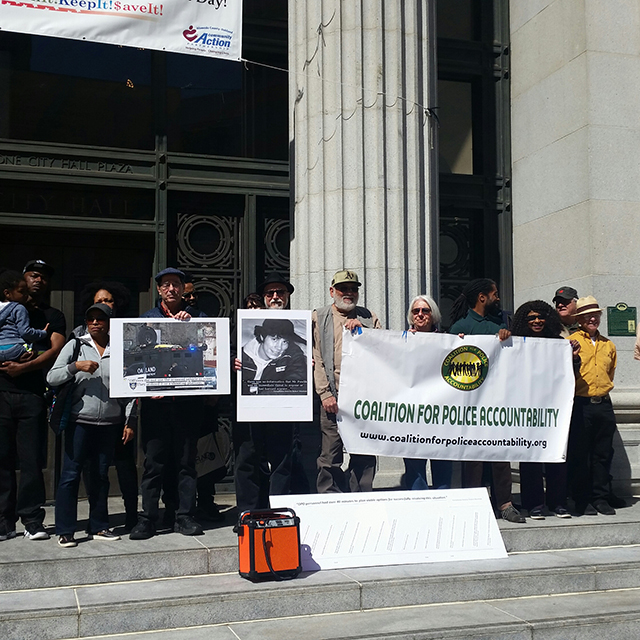 Measure S1, which gives the voter-approved Police Commission more teeth, is passing with 81 percent of the vote.

According to the League of Women Voters of Oakland, which endorsed S1, the measure, “clarifies the roles and responsibilities of the Commission, the Agency, and the Inspector General in a manner that will enable the Commission to exercise oversight of the Police Department as intended when the Commission was established by Measure LL in 2016.”

Shown are members of the Oakland Coalition for Police Accountability, who have been pushing for years to overcome city administrative opposition to police reform.