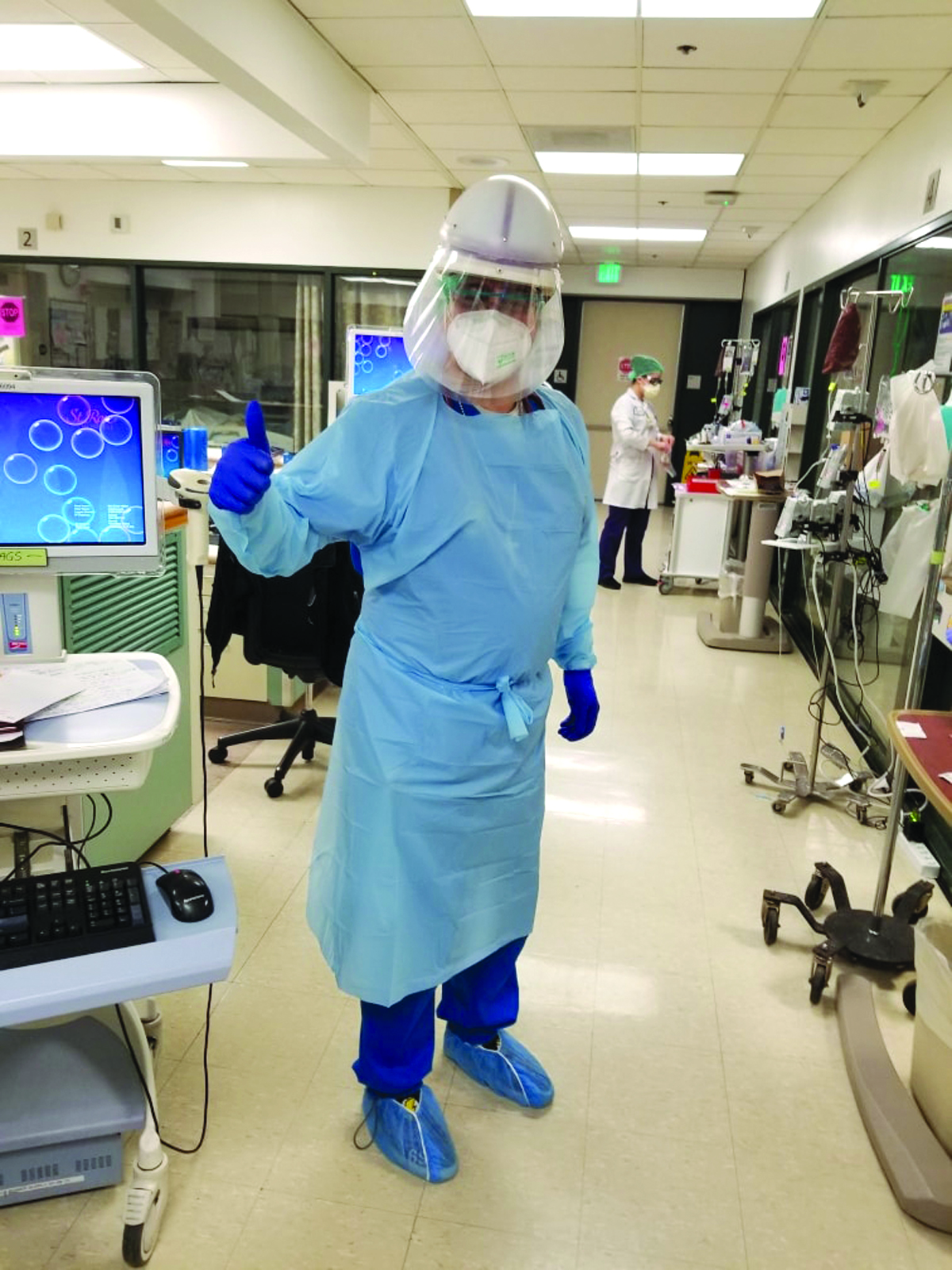 Not many people in the world imagined World War III would be against an invisible enemy, but all will agree Americans are fighting for their lives, especially those in the African American community.

Oakland Frontline Healers is a collaboration of nonprofits, churches and community doctors dedicated to winning the war against coronavirus in Oakland. Their weapons are the dissemination of COVID-19 information and distribution of Personal Protective Equipment (PPE) to the unsheltered, seniors and formerly incarcerated/recently released individuals.

Frontline Healers are advocates regarding housing inequities within the city and address the critical issue facing the African American community with the release of formerly incarcerated individuals.

“The parole system has notoriously lacked the resources to help folks returning home for years,” said John Jones III, director of community and political engagement of Just Cities of the Dellums Institute and member of Oakland Frontline Healers. “There have been no plans to ensure folks coming home have access to PPE, housing, nor removing the systemic and structural barriers that exist resulting from a criminal record.  Overcoming those barriers will be a major issue Frontline Healers will address.”

Currently, Frontline Healers, under the direction of Dr. Geoffrey Watson, are establishing two drive-thru COVID-19 testing centers in Oakland to address the urgent need for testing the most vulnerable populations.  One will be in North/West Oakland and the other in East Oakland,

“Like everywhere else in the U.S., testing is a problem for the general population,” said Daryle Allums, CEO and director of Adamika Village. “We will provide testing to Oakland’s most vulnerable population and offer resources for food, protective gear and other resources such as establishing hand-washing stations and portable toilets for our homeless population.  Seniors and the recently incarcerated also have needs we intend to meet.”

Frontline Healers’ first mission is the distribution of PPE to the unsheltered, seniors and recently released individuals.  Their next mission is to provide housing.  BOSS, another member of the collaborative, has already increased housing capacity.

Greg Roberts, Executive Director of the Give to Change Foundation said he is securing alternative financing support for Dr. Geoffrey Watson and his medical leadership to address current medical supply distribution shortage in local communities. The foundation is one of the national advocates to protect price gouging to inner cities.