Neither Snow, Nor Rain, Nor COVID-19: Postal Workers Keep Pushing Against Odds
Advertisement 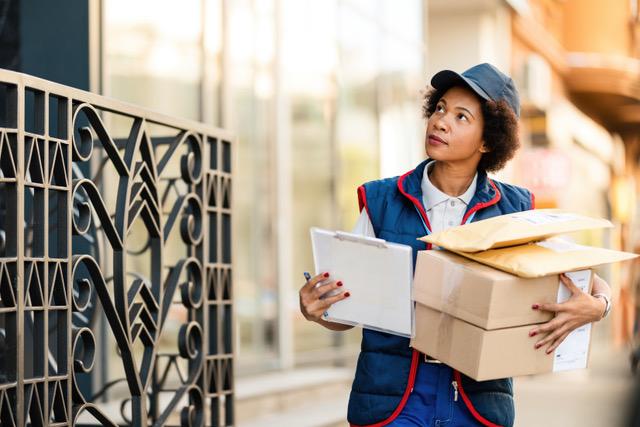 There are all kinds of frontline workers battling COVID-19. Some tend to the sick in hospitals, others brave the streets to distribute food. And the postal worker’s simple act of delivering mail is proving to be as essential as those other jobs.

Every day across California, about 63,000 postal workers continue to make sure precious cargo gets to where it needs to go in the state —  life-saving medications to people living with chronic illnesses, pension checks to aging adults, mail-in ballots to homebound voters and more.

And even with growing competition from Amazon, FedEx, UPS and other courier services, the United States Postal Service (USPS) still delivers more online orders than any of those businesses.

Now that researchers have confirmed that the Coronavirus can be transmitted through the air and that it can even live on your mail, postal workers on the frontlines are more concerned about their safety than ever.

So far, about 30 USPS workers have died from COVID-19 and thousands have been infected, according to Mark Dimondstein, president of the Postal Workers Union, a national organization

Renee Adams, a mail carrier for four years in San Diego, says the team she works with delivers approximately 20 packages an hour. Last Sunday, they had over 800 individual packages with only three postal workers in her unit on hand to make all the deliveries.

“They started at 8:30 a.m. but didn’t get finished until 9 p.m.,” she said. “They were calling people to report to work, but no one would pick up the phone.”

A trusted face, a friend and sometimes a confidante, postal workers across the nation often have to step in and do more than drop mail off to customers. Although the workload is great, Adams shares that there are aspects of her job that reinforce the importance of the human connection.

“I deliver to a lot a seniors,” she says. “They can’t go anywhere, and they don’t have anyone to talk to.  They want to talk to us but they’re scared to come near us, and they don’t want to sign for their packages just in case we have [coronavirus]. We have to sign the receipts for them.”

Cheryl Morrow, an African-American businesswoman in San Diego, says both of her businesses — a print newspaper that she mails and beauty products that she ships – rely on the USPS.

“The USPS is a partner that I can depend on,” said Morrow.

Nevertheless, some politicians in Washington have been giving the mail delivery service that has enabled communications between Americans for more than 200 years a hard way to go.

According to the Washington Post, Treasury Secretary Steve Mnuchin threatened Congress that Pres. Trump would veto the $2 trillion stimulus package that lawmakers approved earlier this month if it included a $13 billion direct grant to the USPS. A bipartisan team of congressional negotiators had already agreed to the provision. Instead, the feds offered a $10 billion loan to USPS in the final stimulus bill the president signed. The Treasury Department has not yet approved the funds although the bill passed more than a week ago.

The Post Office is not taxpayer funded, so it normally runs on revenue from postage and services, Dimondstein said, according to a Common Dreams report.  “And if 40% to 50% of that dries up in this pandemic—which is what looks like it’s happening, in a very quick and precipitous way—then that money has to be made up.”

He is demanding that Congress include a $25 billion aid package to the USPS in the next stimulus bill.