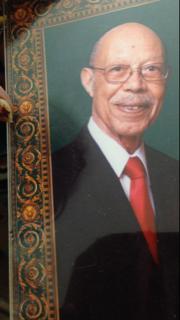 In 1943, his parents, Charles and Emma Gillette moved to San Francisco from Chicago, bringing Maxwell and four of his sisters and brothers (Gladys, Edythe, Roscoe, and  Harold) with them.  The children attended public school in San Francisco with Maxwell graduating from Lowell High School in 1945. After earning his BA and MA in Industrial Arts Education at San Francisco State College, he was hired by the San Francisco Unified School District as an Industrial Arts teacher and taught at Ben Franklin  School where he was one of its two Black instructors.

Studious, ambitious, and determined to give of his best, in 1971 he earned his Secondary School  Administrative credential from the University of San Francisco.  In 1984, he was appointed director of John Adams Adult School. He retired from the San Francisco Community College District in 1991.

Upon their arrival in San Francisco, the  Gillette family joined Bethel AME Church and Maxwell was an active participant, serving on the Junior Usher Board, the Chancel Choir, and other programs, eventually taking a trustee position, which he held for more than 60 years.  He was named Trustee Emeritus last year.

He was a member of the Victoria #3 Lodge, Free and Accepted Masons, the African American Historical Society, the Kappa Alpha Psi fraternity, and the Sigma Phi Phi fraternity. He was the recipient of several awards, including KQED’s “Local Hero” and “Man of the Year” by the SFBPW, Inc.

Maxwell is the last of the 12 Gillette siblings, four of whom died within the last two years.  His brothers Harold and  Roscoe died in July and  November of  2019; and sister Geraldine Earp was buried this Nov. 19, 2020.

He leaves to mourn his wife of 44 years, Frankie Jacobs Gillette, and numerous nieces and nephews throughout the Bay Area and the country.

Contact Bethel AME Church at admin@bethelamesf.org regarding A Virtual Celebration of Life  Service for Maxwell Gillette, which will be held Wednesday, Dec. 20, 2020 at 2:00 p.m. 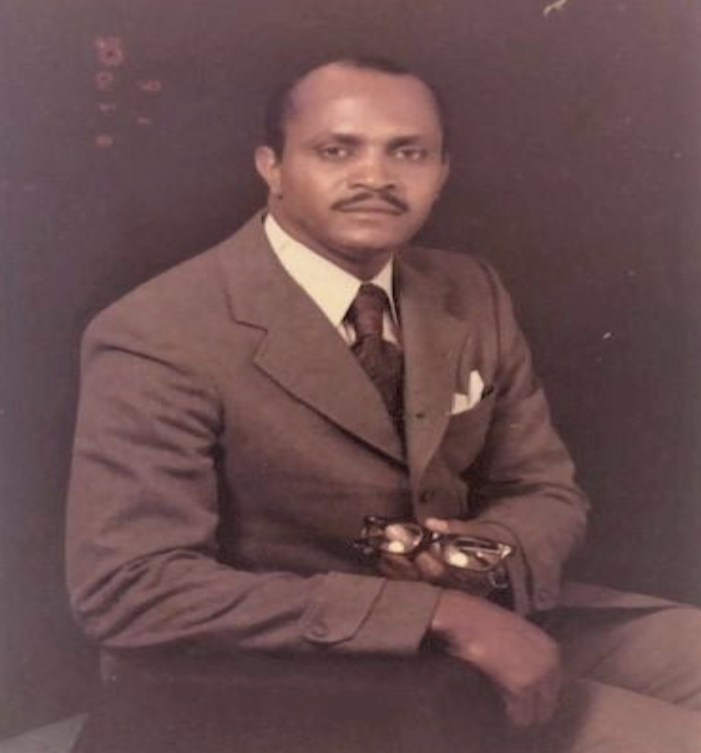 He started kindergarten in 1937, graduated from Bowman High School in May 1947 (age 15). In the fall of 1947, he entered Alcorn State University, where he earned a Bachelor of Science degree in Education.  His academic promotions were accelerated through his personal intellect and the guidance of a popular businessman who owned portions of city industry in Vicksburg.

At the dawn of 1951, he traveled to California and decided to advance academically by enrolling in evening courses at Merritt College. Because of the union strike that year, he was able to take a full course load at both Laney and Merritt colleges in Oakland.   Transferring to San Francisco State University, he carried a full load of academic classes.

Over the years he pursued study at Golden Gate Seminary, University of California, Berkeley, and Bay Cities Bible Institute.  Through endless study hours and due diligence, he accumulated a multitude of degrees and certificates, concluding with a Doctor of Divinity with a major in Theology.

The Spirit of God developed an entrepreneurial characteristic….

Also in 1951, the spirit of God developed an entrepreneurial characteristic that led to Dr. Lacy opening a maintenance business in 1955, followed by Nationwide Restaurant, which served soul food cuisine, in 1957, and fabric business in Oakland and Berkeley in 1958 until 1975.

“My ultimate desire is to remain steadfast in the service….”

Dr. Lacy had accepted his calling to preach at 11 years old.  Beginning in 1951, he would serve faithfully for 23 years as an ordained deacon at St. John Missionary Baptist Church under the pastoring of the late Dr. C.J. Anderson.

In February of 1975, Dr. Lacy founded St. Andrew Missionary Baptist Church at 2624 West St. in Oakland. At the same location, in September 1978, he organized St. Andrew Private School, K-12th grades.  In the fall of 2001, he organized the Theological and Academic University at the site of the church as well.

Pastor Lacy made sure of his ministry of pastoring under the auspices of the Holy Spirit.  His anointed ministry involved preaching and teaching the gospel, baptizing, praying the prayer of faith for the sick and afflicted, broadcasting and telecasting the Word of the Lord, performing marriages, and personal counseling for families, children, and marriages.

Dr. Robert Lacy was preceded in his passing by his parents, Isaac and Emma Lacy, and siblings Isac, Emma, and Leroy.

Jones was the president and CEO of Yolanda’s Construction Administration & Traffic Control (YCAT-C) an African-American and woman-owned business offering a wide range of administrative and traffic control services to support public and private sector clients on engineering-construction projects. 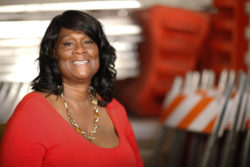 Entrepreneur, community champion and philanthropist Yolanda “Londi” Jones died at her Richmond home on Feb. 18, 2021, a two-year battle with cancer. She was 60.

Jones was the president and CEO of Yolanda’s Construction Administration & Traffic Control (YCAT-C) an African-American and woman-owned business offering a wide range of administrative and traffic control services to support public and private sector clients on engineering-construction projects.

Jones started YCAT-C in 2010 with just $200 and two goals in mind:  to create a better way of life for her family and to employ men and women from the Bayview Hunter’s Point community where she grew up. She singled-handedly grew YCAT-C to a multi-million dollar company with 14 full-time employees.

In 2012, YCAT-C was named Small Business of the Year by the San Francisco Small Business Network (SFSBN). And in 2013, she was awarded the Business Leader Award by the National Council of Negro (NCNW) at the Golden Gate Section 30th Year Annual Celebration.

Her entrepreneurial spirit showed early with engagement in several small businesses, including a fish-fry eatery that she started with her father, Charles Walker.

“Londi loved her community. She reached in and pulled out under-served men and women out and employed them, so they could have a better way of life,” said Ginger Jones, her niece.

“She believed everyone deserved a chance, so she gave everyone a chance. I don’t know what life will be like without Londi,” she said.

In 2016, YCAT-C made national headlines after Jones won the #PitchLeBronContest, a competition in which small business owners across the U.S. submitted 23-second videos vying for a highly sought after social media mention from A-list athlete Lebron James, who plays for the Los Angeles Lakers.

Jones masterfully used her 23-second pitch to talk about YCAT-C and their commitment to employing men and women from under-served neighborhoods as a pathway out of crime and poverty.

James commended Jones for her work on his Facebook page, which had over 23 million followers.

Jones was always able to leverage any publicity: by 2020, prior to the pandemic, Jones employed 50 people, 80% of whom were formerly incarcerated and Black residents of Bayview Hunters Point.

Jones will be remembered for her fearlessness, generosity of spirit and her love for the community. 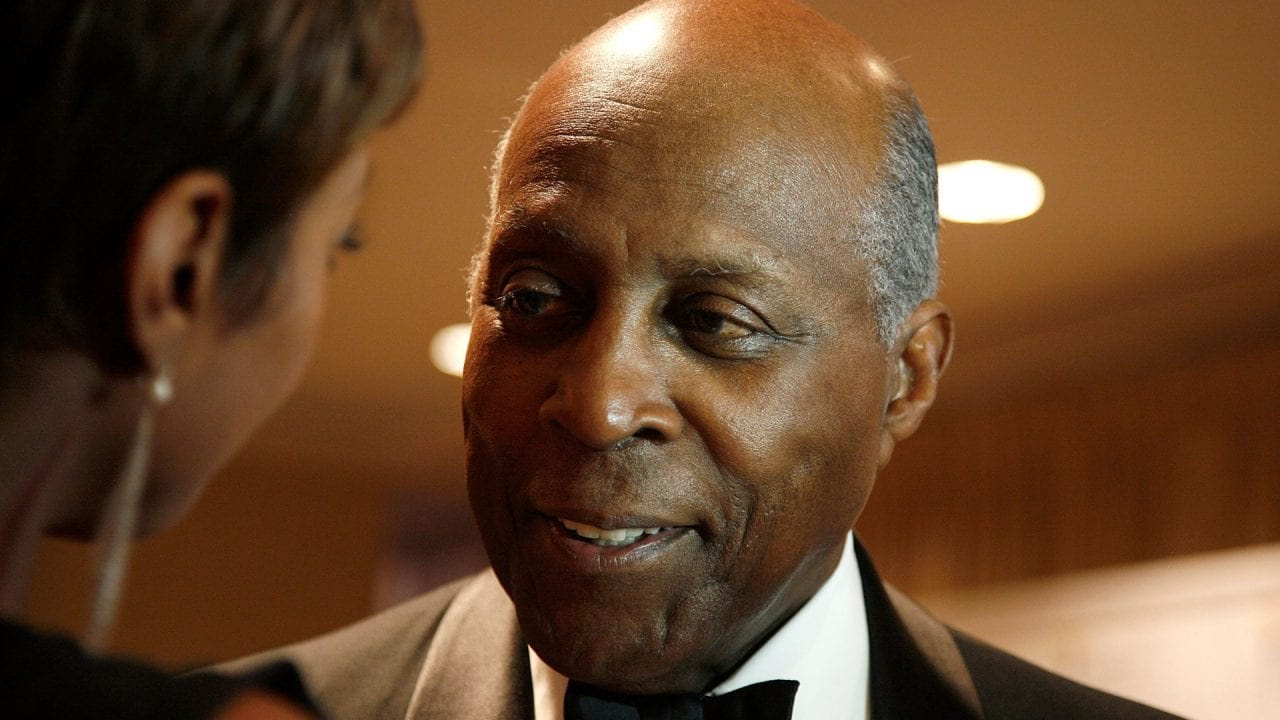 In this March 3, 2011 photo, Vernon Jordan attends the 40th Anniversary Gala for “A Mind Is A Terrible Thing ToWaste” Campaign at The New York Marriott Marquis. (Photo by Andy Kropa/Getty Images)

Civil rights leader, Democratic strategist and presidential insider Vernon Jordan died at his home in Wash., D.C., Monday evening at age 85. His cause of death was not disclosed.

A native of Atlanta, Ga., Jordan graduated from DePauw University in Indiana in 1957, where he was the only Black student in a class of 400. He detailed his experience as an undergrad in Robert Penn Warren‘s 1965 book, “Who Speaks for the Negro?”

Jordan went on to graduate from Howard University School of Law in 1960 and was a prominent member of Omega Psi Phi and Sigma Pi Phi fraternities.

At one time a field director for the NAACP, Jordan’s passing was noted by Derrick Johnson, the current president of the organization. “Today, the world lost an influential figure in the fight for civil rights and American politics, Vernon Jordan,” Johnson said in a statement early Tuesday. “An icon to the world and a lifelong friend to the NAACP, his contribution to moving our society toward justice is unparalleled.”

“In 2001, Jordan received the NAACP’s Spingarn Medal for a lifetime of social justice activism,” said Johnson. “His exemplary life will shine as a guiding light for all that seek truth and justice for all people.”

On Twitter, fellow Georgian Stacey Abrams remembered Jordan as well. “Mourning the passage of my friend, the extraordinary Vernon Jordan. He battled the demons of voter suppression and racial degradation, winning more than he lost. He brought others with him. And left a map so more could find their way. Love to his family. Travel on with God’s grace,” she said.

Journalist Jonathan Alter praised Jordan’s legacy. “Vernon Jordan’s epic journey from Jim Crow Georgia to the civil rights movement to the pinnacle of the American establishment is a classic American story,” Alter said. “He was also one of the most engaging and charismatic people I’ve ever known—and a gifted storyteller on a summer afternoon.”

In May of 1980, Jordan was shot outside of an Indiana hotel. As he recovered, Jordan was visited by then-President Jimmy Carter. The president’s visit and the shooting became the very first story covered on CNN, then the nation’s brand new, 24-hour cable news network.

After his time as an adviser to the Clinton White House, Jordan served on the board of several major corporations, including Revlon, Sara Lee, Corning, Xerox and RJR Nabisco.

His 2001 memoir, “Vernon Can Read!: A Memoir,” won the Best Nonfiction Book from the Black Caucus of the American Library Association.

In 2017, in one of his last major appearances, Jordan was the commencement speaker at Syracuse University.