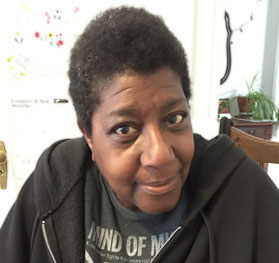 Helen Lenn Keller, an Oakland photographer and filmmaker who documented queer culture in the Bay Area and founded the Bay Area Lesbian Archives, has died of cancer.

After spending some time in New York, Lenn moved to California in the 1970s and worked at Berkeley Recycling and volunteered at Pacific Center, the Bay Area’s oldest LGBTQ+ center.

She attended Mills College and got a degree in Visual Communications in 1984.

A curator, filmmaker, activist and a photographer, she founded the Bay Area Lesbian Archives in 2014.  Her work was displayed pre-pandemic in the Oakland Museum of California’s 2019 show “Queer California:  Untold Stories.”

“For as long as I can remember, I have loved art. My creative expression has centered around music, photography and film/video. Music was my first love, and both the listening and making of it has seen me through some of the most challenging times of my life.

“By age eight, photography had also made an indelible impression on me. I spent endless hours lying on the living room floor poring over Life magazine — looking at beautiful black-and-white images that stimulated my imagination, emotions and curiosity about people from all kinds of cultures around the world. In the late 1960s, I ran away from my suburban Chicago home, and was adopted by a Black artists’ collective in Harlem.

“It was there that I had my first exposure to black intellectual culture, live jazz, the darkroom and independent filmmaking.”

Keller is survived by a daughter.

An on-line memorial for Keller will be held on Jan. 31, 2021. Log onto Bay Area Lesbian Archives (http://bayarealesbianarhives.org/) and the Facebook page for specific time information and to donate to the non-profit.

The San Francisco Chronicle, Oaklandside, Facebook, and LennKeller.com were all sources for this story.