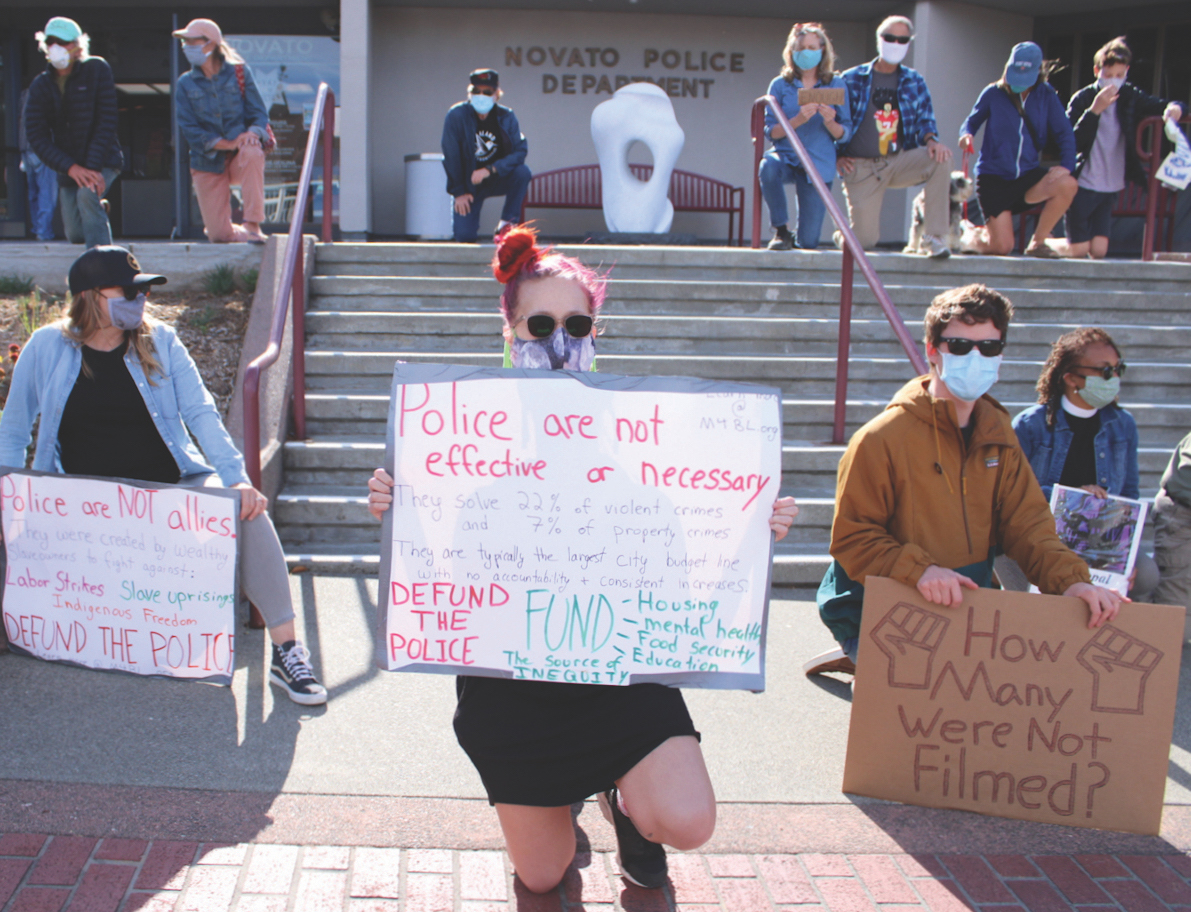 Protestors displaying their signs in front of the Novato Police Department. Photo by Godfrey Lee.

SURJ Marin (Showing Up for Racial Justice) conducted a car caravan on June 5, 2020, to protest the death of George Floyd and police brutality.

Floyd died May 25, 2020, when a police officer in Minneapolis. Minnesota, kneeled on his neck while two others kneeled on his back and knees for nearly nine minutes.

According to their flyer, SURJ supports the following demands from The Movement for Black Lives, which were highlighted by the caravan. The demands are:

• An immediate end to the criminalization and dehumanization of Black youth

• An end to the mass surveillance of Black communities

Around 100 cars met at the Novato Park & Ride Parking Lot around 4 p.m. The drivers taped protest signs to their cars and departed around 5 p.m. to Novato.

The first stop was the Novato Police Department at Machin and Grant avenues. The cars drove past the building, honking and waving to the protesters, most of whom were peacefully standing, sitting, kneeling and displaying their protest signs.

The officers were very supportive of the protesters and helped direct the traffic of the long caravan in front of the building.

The next stop was the Marin County Sheriff’s Department on Drake Avenue in Marin City. A rally, with around 100 people, was being held there. Many of the people from the caravan became a part of the rally.

SURJ says that “This action will be held as a ceremony in solidarity with The Movement for Black Lives Week of Action and demands to end the war on Black people. We will honor collective grief as well as invite all participants to strengthen our radical imaginations in service of collective healing and transformation.”

For more information on SURJMarin and their upcoming protests, go to surjmarin.org.

For more information on SURJMarin and their upcoming protests, go to surjmarin.org.