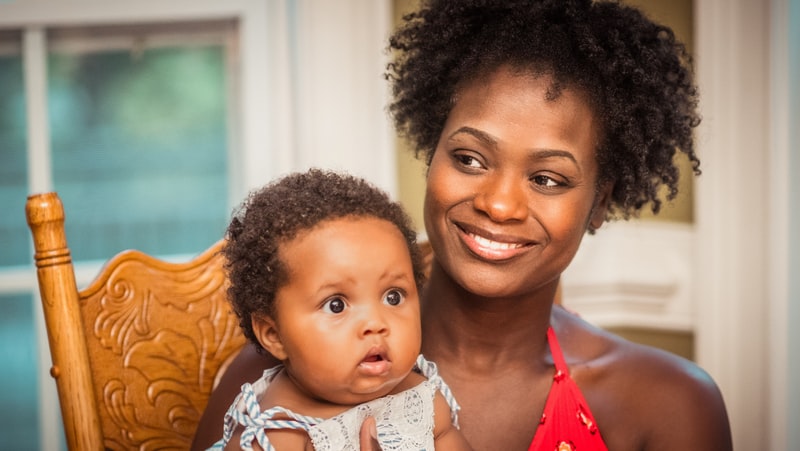 Godmother & Goddaughter Celebrating At A Party, Photo courtesy of Andrae Ricketts via Unsplash

The California state Senate approved Sen. Nancy Skinner’s SB 65, the California Momnibus Act, on a 31-5 vote on SB 65, which is designed to improve maternal and infant outcomes, particularly in families of color. SB 65 won unanimous approval from the state Assembly on September 9 on a vote of 77-0.

SB 65, which will improve research and data collection on racial and socio-economic factors that contribute to higher rates of maternal and infant mortality, now goes to Gov. Gavin Newsom for consideration.

Earlier this year, key elements of SB 65 were included in the state budget, including reduced work requirements for pregnant mothers on CalWORKs and new doula services for Medi-Cal recipients. SB 65 will also establish an implementation workgroup to maximize the reach of these new benefits into communities where they are needed most.

“California is failing birthing moms and babies – particularly those of color. Infant and maternal mortality is higher in the U.S. than in all other high-income countries. These are preventable deaths and we can and must do better,” said Skinner, who is vice chair of the Legislative Women’s Caucus. “SB 65 will take a comprehensive approach to improving outcomes for birthing parents and babies and close racial disparities in maternal and infant deaths and health outcomes.”

Each year, an estimated two-thirds of the pregnancy-related deaths in the United States are considered preventable, according to a recent report. Research points to structural racism and other socio-economic factors as playing key roles in causing racial and geographic disparities in birthing outcomes.

SB 65 is part of a national effort to eliminate our country’s high maternal and infant mortality rates and complements two federal bills, the Black Maternal Momnibus Act of 2021 and The Kira Johnson Act, introduced by Sen. Alex Padilla (D-CA). SB 65:

SB 65 is sponsored by Black Women for Wellness Action Project, Western Center on Law and Poverty, California Nurse Midwives Association, NARAL Pro-Choice California, and National Health Law Program and supported by a coalition of over 50 organizations.

Aspects of the California Momnibus Budget Act in the 2021-22 budget included:

Robert Gammon is the communications director/policy adviser in the Office of State Senator Nancy Skinner, District 9.

Biden, Vax Americana, and What the Recall Could Mean in COVID-19 Wars

Scholarships For San Francisco Youth Who Get COVID-19 Vaccine 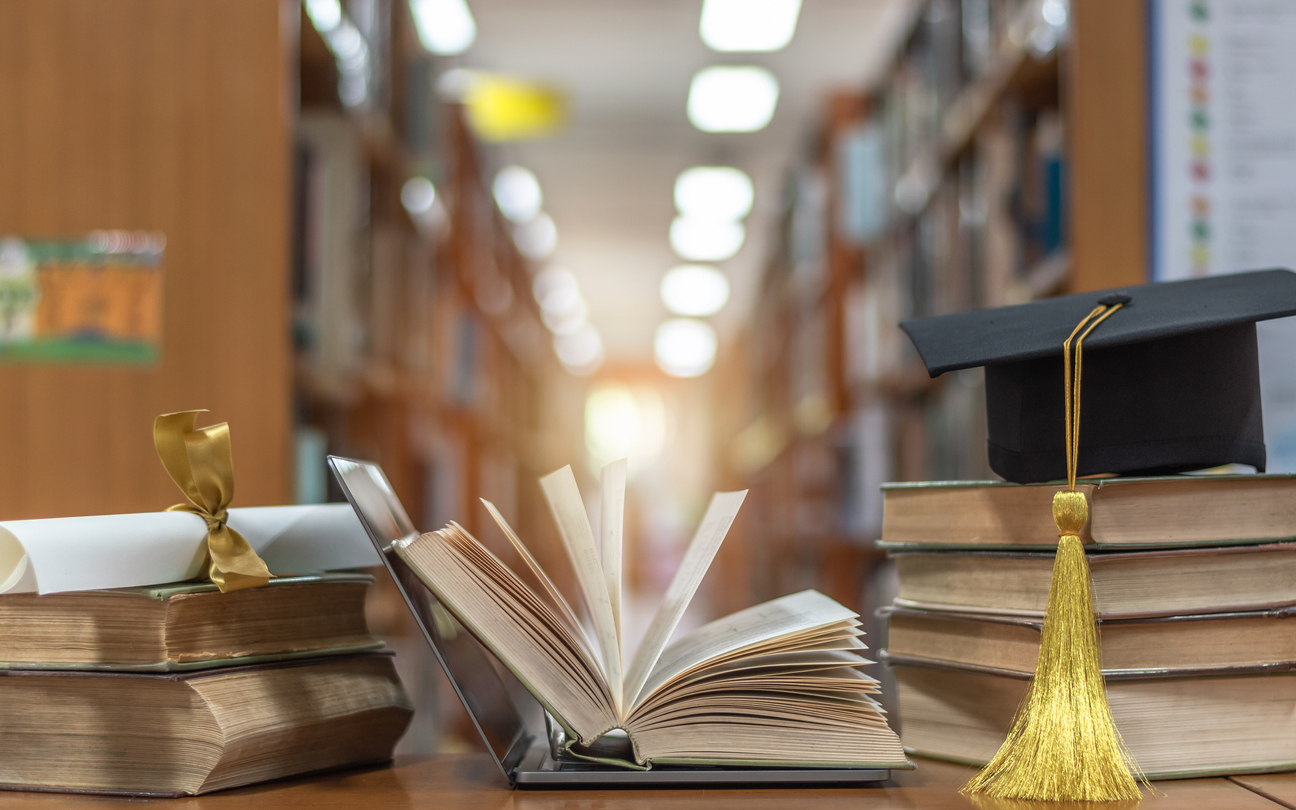 Through a drawing, SF State is offering 10 scholarships to fully fund four years of undergraduate tuition to the university for eligible youth who register at participating vaccination locations in the City, which include:

“These college scholarships are an incredible reward for San Francisco teens doing the right thing for themselves and their community – and that is being a part of ending this pandemic by getting the COVID-19 vaccination,” said Mayor London N. Breed. “Our teens have endured over a year of distance learning and missed interactions with their friends. These scholarships will carry their education forward and help shape their future in innumerable ways.”

“SF State is committed to supporting college attendance among young people in San Francisco and helping to promote the City’s vaccination goals,” SF State President Lynn Mahoney said. “These scholarships can further public health objectives while lifting up a new generation of leaders for our workforce.”

“We encourage all eligible SFUSD students to get vaccinated and to gain the skills necessary to attend college if they so choose,” SFUSD Superintendent Dr. Vincent Matthews said. “As an SF State alumnus and Gator myself, I truly appreciate the University’s efforts to support health and college access among our City’s youth.”

Since becoming eligible for the COVID-19 vaccine in May, more than 90% of San Francisco’s youth ages 12 to 17 have been fully vaccinated, making this one of the highest vaccination rates among age groups in the City.

“The SF State scholarship program complements our City’s strategy to provide low-barrier access to COVID-19 vaccinations in San Francisco communities, which has resulted in one of the highest vaccination rates in the world,” said Deputy Director of Health Dr. Naveena Bobba. “We’re proud that our 12- to 17-year-old youth have reached such high vaccination rates, and incentive programs like these can help give an extra push to unvaccinated individuals to take immediate action to get vaccinated, protecting themselves, their loved ones and our community.”

Scholarships will be awarded in the amount of the difference between qualifying expenses for in-state tuition and fees and other federal and/or state financial aid awarded to the winner. In the event a winner’s federal and/or state financial aid awards fully cover the cost of in-state tuition and fees, the student will be awarded $2,000 per academic year. All scholarships will be credited to the individual’s student account for each semester of enrollment.

Residents are eligible to enter the drawing if they meet all the following requirements:

For more information regarding the official rules, FAQs and health privacy, visit together.sfsu.edu/vaccinescholarship or email enrollment@sfsu.edu.

California’s COVID-19 vaccination rate is currently 16th in the country with 71.8% of the population fully vaccinated. 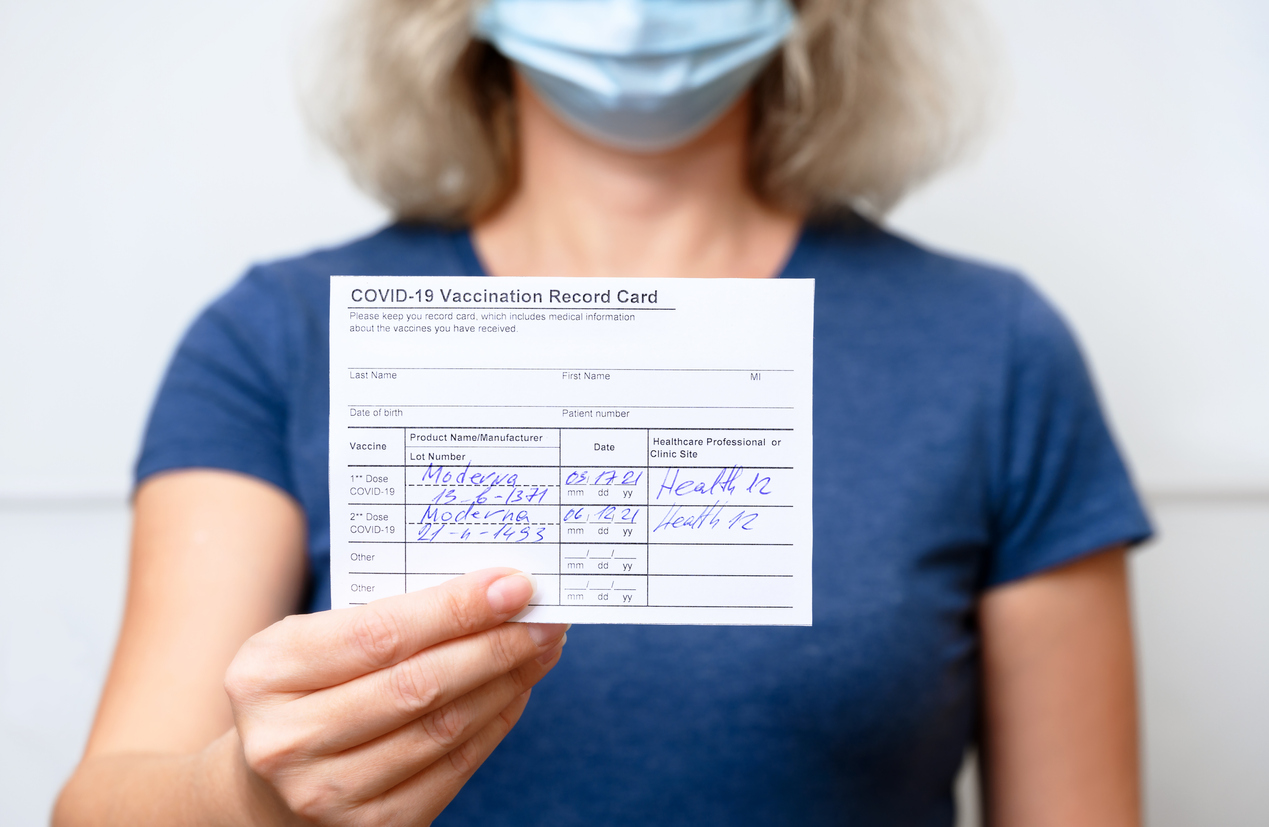 California Gov. Gavin Newsom took to Twitter earlier this month to praise Californians for getting vaccinated when the state’s COVID-19 rate dropped to 57.3 cases per 100,000 people, the lowest in the U.S.

“Eighty-five percent of eligible Californians have received at least one COVID vaccine shot. The result? California continues to have the lowest case rate in the nation,” he said.

California’s COVID-19 vaccination rate is currently 16th in the country with 71.8% of the population fully vaccinated.

For now, students will be required to be vaccinated for in-person learning starting the term following FDA full approval of the vaccine for their grade span (7-12 and K-6).

The coronavirus vaccines will be added to other vaccines like ones for measles, mumps rubella, tetanus, and whooping cough, for example, that are required without exception for all students in the state. For those and other shots explicitly stated in California law, no waivers are allowed for any reason, even religious or philosophical ones.

But even though the state’s COVID-19 rates have flattened and the numbers of hospitalizations and deaths have significantly dropped, the governor is facing mounting protests from people opposed to government-imposed vaccine mandates, including parents who do not want their children to take the shot.

Responding to those critics, Newsom’s campaign sent out a letter that included a survey asking recipients for feedback on his vaccine mandate for schoolchildren.

“As you have probably heard, California is the first state in the nation to require our students to be vaccinated against COVID-19. This will go into effect following full FDA approval,” Newsom said in the letter.  “Why did I make this decision? Because it’s the right thing to do, and it will keep our kids safe. This decision may not be popular with some of the people who protest vaccination sites and are opposed to mask-wearing in almost any circumstance, but it will save lives.”

On October 8, Newsom also signed several bills that give dentists, podiatrists and optometrists the authority to administer COVID-19 vaccines.

The governor also tweeted his advice on vaccine booster shots.

“Protect yourself. Protect your loved ones. Get your booster when it’s your turn,” tweeted Newsom.

“This pandemic is dynamic and evolving, with new data about vaccine safety and effectiveness becoming available every day,” Woodcock stated in a press release.

“As we learn more about the safety and effectiveness of COVID-19 vaccines, including the use of a booster dose, we will continue to evaluate the rapidly changing science and keep the public informed,” Woodcock continued.

Watching your tax dollars, elected officials and legislation that affects you. 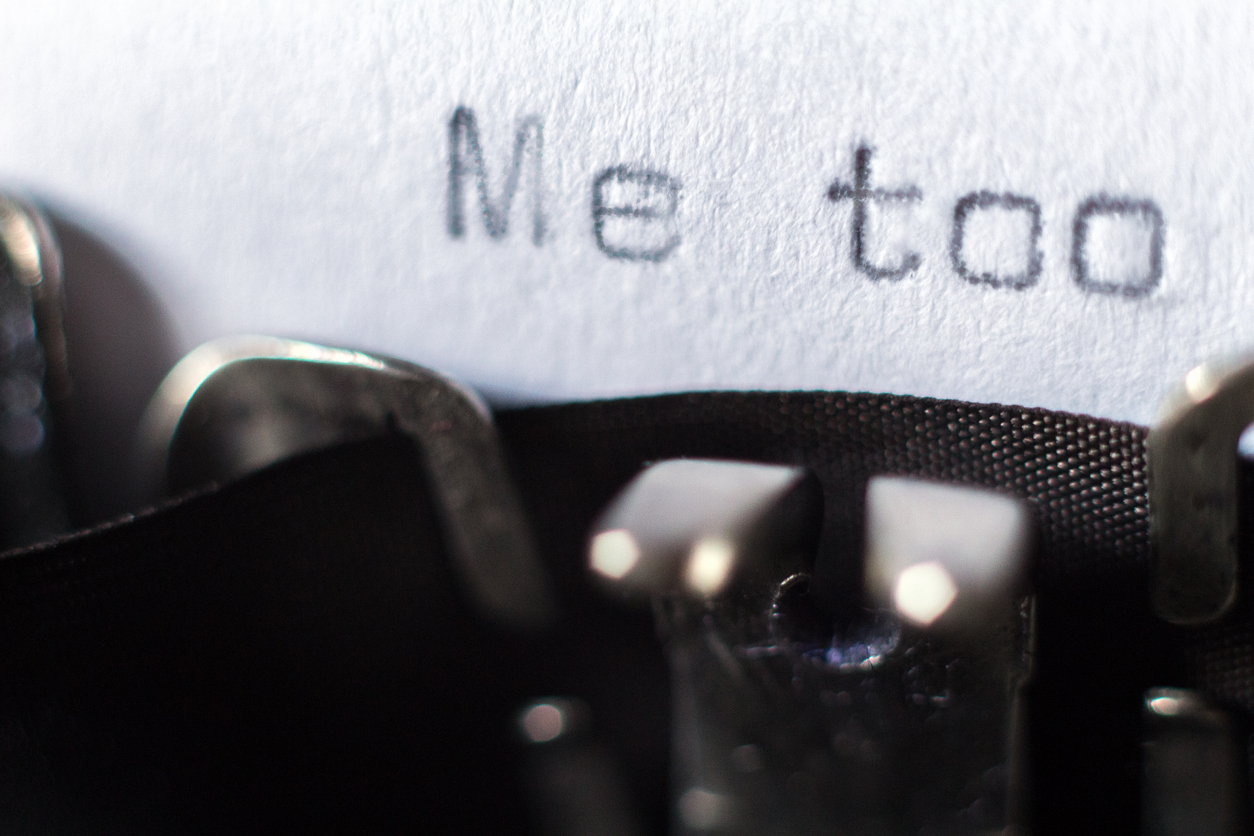 Word "Me too" typed on typewriter

Under this new law, stealthing would be considered a form of sexual battery. However, it does not criminalize it.

“We have stepped up in a major way in California & I hope other state legislatures follow suit,” tweeted Garcia. “But more importantly, I hope people will build on this & continue engaging in discussion around the continuum of consent.”

The governor’s office tweeted about the bill’s passing and what kind of legal actions can be taken given that it is still not technically a criminal act.

“With @AsmGarcia’s #AB453 signed, victims of stealthing will be able to take civil action against their perpetrators. By passing this bill, we are underlining the importance of consent,” read the tweet.

AB 1171, also authored by Garcia, will remove the distinction between rape and “spousal rape” in California law.

Before AB 1171 was signed into law, California was one of only nine states that still included the distinction between rape and spousal rape.

“Rape is Rape, & this bill makes it clear that a marriage license doesn’t change that. No more asking victims if they are married or not. TY to all the advocates who worked on getting this bill to @CAgovernor & pushing to get it signed,” Garcia tweeted.

Tracking will take place through a new online portal that allows survivors to access the SAFE-T database.

“As the author of SB 215, I am so proud that we are once again prioritizing and empowering rape survivors by making sure that they able to easily and privately find out where their rape kit is in the process,” Leyva said.

“A rape kit exam is invasive and retraumatizing, so survivors should absolutely be able to track their rape kit every step of the way.  I would like to thank our amazing coalition of sponsors—District Attorney Nancy O’Malley, Joyful Heart Foundation and Natasha’s Justice Project—and supporters for testifying, Tweeting, writing and speaking out about the critical need for this legislation.  With today’s signature by Governor Newsom, SB 215 will help to empower survivors, hold rapists accountable and strengthen public safety across California,” she continued.

AB 939 bans a survivor’s clothing from being used as evidence of consent in a sexual assault case.

The bill, also known as the Denim Day Act of 2021, is named for a day recognized during Sexual Assault Awareness Month in April.  Denim Day focuses on amplifying the message that manner of dress does not equate to consent.

“I want to thank my legislative colleagues for their support on this important measure. AB 939 makes it clear that an outfit never provides consent, ever. To even consider whether a survivor’s manner of dress should be admitted as evidence of consent wrongly scrutinizes the actions of the survivor, instead of placing that scrutiny where it truly belongs — on the actions of the perpetrator,” said Assemblymember Sabrina Cervantes (D-Corona).

“Sexual assault is the most underreported and under-prosecuted type of crime. We must ensure that survivors are not subjected to a justice system that re-victimizes and re-traumatizes them and that our justice system protects them when they seek justice,” she added.