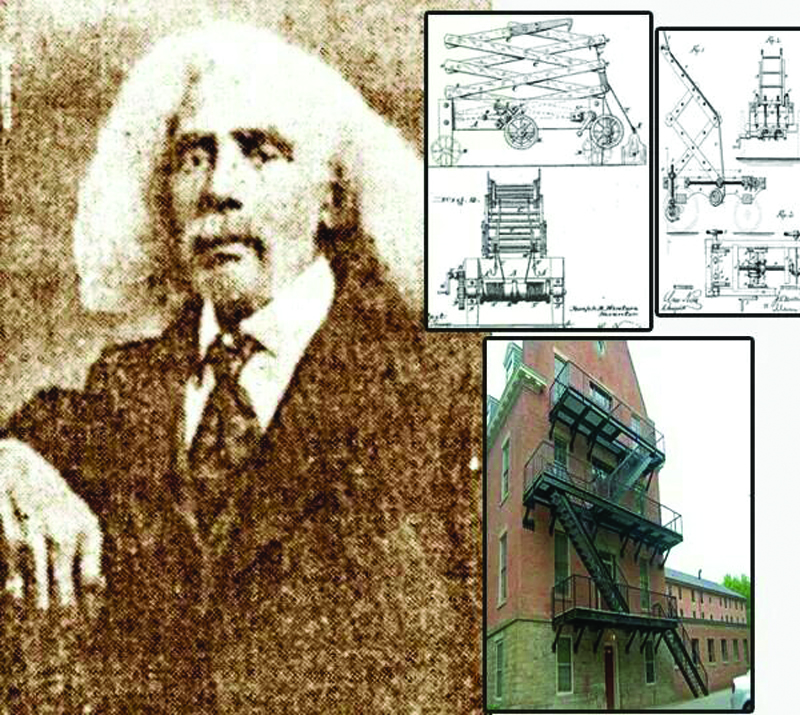 The 19th century brought about changes in the architectural designs of many American cities. New materials were used, buildings began to reach skyscraper heights. The downside to these taller buildings was that, in case of fire, residents could not be evacuated as fast or as safe.

At that time, firefighters still used horse-drawn engines to carry their ladders. The length could not be excessive, as this would prevent the engines from turning corners if access to a narrow street or alley was necessary/

Joseph Winters (1816–1916) thought it would be more effective to mount the ladder on the engine itself, and that it could be fashioned in a way that it could be raised up in sections: foldable and collapsible. As a result, he invented a wagon-mounted fire escape ladder for the city of Chambersburg, Pa. His creation, which later received a patent (1878), would save countless lives within the inner city. 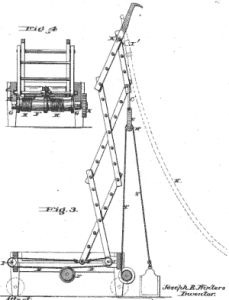 Winters improved upon his design, receiving another patent in 1879. In 1882, he would patent the traditional fire escape: the model attached to the sides of buildings. Although he received much praise for creating lifesaving equipment, little money was made. Soon after, Winters took part in oil prospecting in the Chambersburg area. The venture proved unsuccessful.

He would later dabble in politics, writing a campaign song for Democrat William Jennings Bryan during the 1896 presidential campaign.

Winters was raised by his grandmother in Waterford, Va. during a time when many Black families were free, and Quakers were abolitionists. He worked as a farmer and later as a mechanic for the Cumberland Valley Railroad. He was also a fisherman and a hunter.

While working at Harpers Ferry sanding brick molds, Winters’ family decided to move to Chambersburg. There, he was active in the Underground Railroad, helping enslaved people escape to freedom. He wrote in his autobiography, “Ten Days After the Battle of Gettysburg,” that he arranged the meeting between Frederick Douglass and John Brown at the quarry in Chambersburg before the historic Harpers Ferry raid in 1859.

Douglass, however, wrote a different account of the events. His autobiography credits a local barber, Henry Watson. No copies of Winters’ autobiography have survived.

In 2005, a historic marker was placed at the Junior Hose and Truck Company #2 in Chambersburg. It notes Winters’ patents for the fire escape ladder and hose conductor as well as his involvement with the Underground Railroad.

Winters’ marital and parental status remain a mystery to researchers. He died sometime in 1916 near Chambersburg and is buried in the local Mount Lebanon Cemetery.