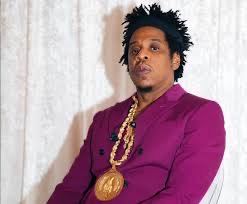 There is disparity in Blacks for ownership in all businesses and the marijuana/cannabis industry is no exception.

The state of California legalized medical marijuana 25 years ago.

Cannabis is currently a $20 billion legal business in the United States.

Jay-Z, 51, told the Wall Street Journal: “It’s really unbelievable how that can happen.  We were the ones most negatively affected by the war on drugs and America has turned around and created a business from it that’s worth billions.”

People of color have been disproportionately punished for illegal activities around drugs as they have with all criminal matters.

Jay-Z invested $10 million in seed money toward the fund.  The seed money was from a $575 million acquisition in December of 2020 of CMG Partners Inc. and Left Coast Ventures Inc. by Subversive Capital Acquisition, California, and Vancouver companies respectively.

Additionally, a holding company, TPCO Holding Corp. will add 2% of their net income every year after they enter the cannabis business.

California and Illinois have led the way with assistance business models for people of color in the cannabis industry.

Cannabis entrepreneurs struggle with raising capital and meeting the regulatory requirements according to the trade group, Minority Cannabis Business Association in Eugene, Ore., through their executive director, Amber Littlejohn.

Jay-Z and Desiree Perez, 52, CEO of his Roc Nation entertainment conglomerate will run the fund.  They will choose the startups and invest at least $1 million each.

Perez received a pardon from former Pres. Donald Trump for a more than 25-year-old conviction for conspiracy to distribute narcotics in 1994.  She received five years of probation in exchange for cooperating with the U.S. Attorney’s office.

She later served nine months in prison for a parole violation in 1999.

Jay-Z told the WSJ that he was inspired by Robert Smith’s “2% Solution” which proposes that corporations give 2% of their net income to Black-owned businesses.

Through a statement, Jay-Z said: “Although we can’t fully redeem the injustices created by the ‘war on drugs,’ we can help shape a brighter and inclusive future.  The brands we build will pave a new path forward for a legacy rooted in equity, access, and justice.  We’re creating something people can trust and we’re investing in our future, our people, and our communities.”

The Wall Street Journal, Billboard.com, Variety.com, and BlackEnterprise.com were sources for this report.