Giants beat A’s in Battle of the Bay series
Advertisement

Giants lose, Dodgers one win away from clinching 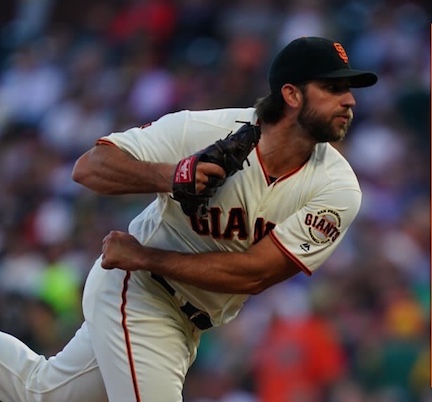 San Francisco – The race for the postseason never gets old when these two teams are in it.  Both outside looking in, the Giants and the Athletics have plenty of time to make a difference in the race for the Wild Card.

In the meantime, it’s the Battle of the Bay!  The Giants have dethroned the A’s by defeating them 3-2 tonight in the first of a two-game series.  San Francisco continues to add to their win column as they keep pace on reaching the postseason.

“The deeper the season goes, the more attention to whose in the playoff hunt,” said manager Bob Melvin.  “And these two teams are…”

It was a defensive game until Stephen Piscotty hit a home run to make it a 1-0.  By the sixth the Giants took the lead after Buster Posey led off the first of three back-to-back doubles.  Posey doubled followed by Evan Longoria’s double that drove in Posey.

Kevin Pillar doubled and Longoria scored making it a 2-1 game.  After Oakland made a pitching, San Francisco added one more run in the seventh.  Jake Diekman walked both Aramis Garcia and Brandon Crawford.  Another pitching change put Yusmeiro Petit on the mound.

Pinch-hitter Scooter Gennett hit a sacrifice fly and drove in Garcia to extend their lead 3-1.  Despite the needed hits by the Giants, Madison Bumgarner has gone 4-0 with a 2.78 ERA in his last nine starts with his team going 8-1 during those nine games.  Tonight was another spectacular performance.

“This is exciting baseball,” said manager Bruce Bochy.  “It’s that time of year.  Fans were in it.  Players were.  It was a hard fought game.  We had to put some torture in it in the end.”

Bumgarner allowed two hits, one home run and struck out nine over seven innings.  With this win, the Giants are back at .500 for the first time since August 2nd.  In order to tame Oakland, San Francisco knew their pitching had to be near perfect because the A’s have a way of making a comeback late games.

Oakland made some noise in the ninth after Dustin Garneau and Khris Davis both singled to put two on with no outs.  Closer Will Smith struck out Marcus Semien.  But loaded the bases when Matt Chapman hit a single to right field.

Smith struck out Matt Olson.  And Mark Canha was at the plate next.  Canha never faced Smith until tonight.  Smith walked Canha and Garneau scored.  Giants manager Bruce Bochy made no change in pitching as the bases stayed loaded.  With two outs, Smith struck out Chad Pinder to end the game.

“I’m trying to save as many games as I can for him in his final year,” Smith said regarding Bochy.  “And for him to have the trust in me is pretty cool.”