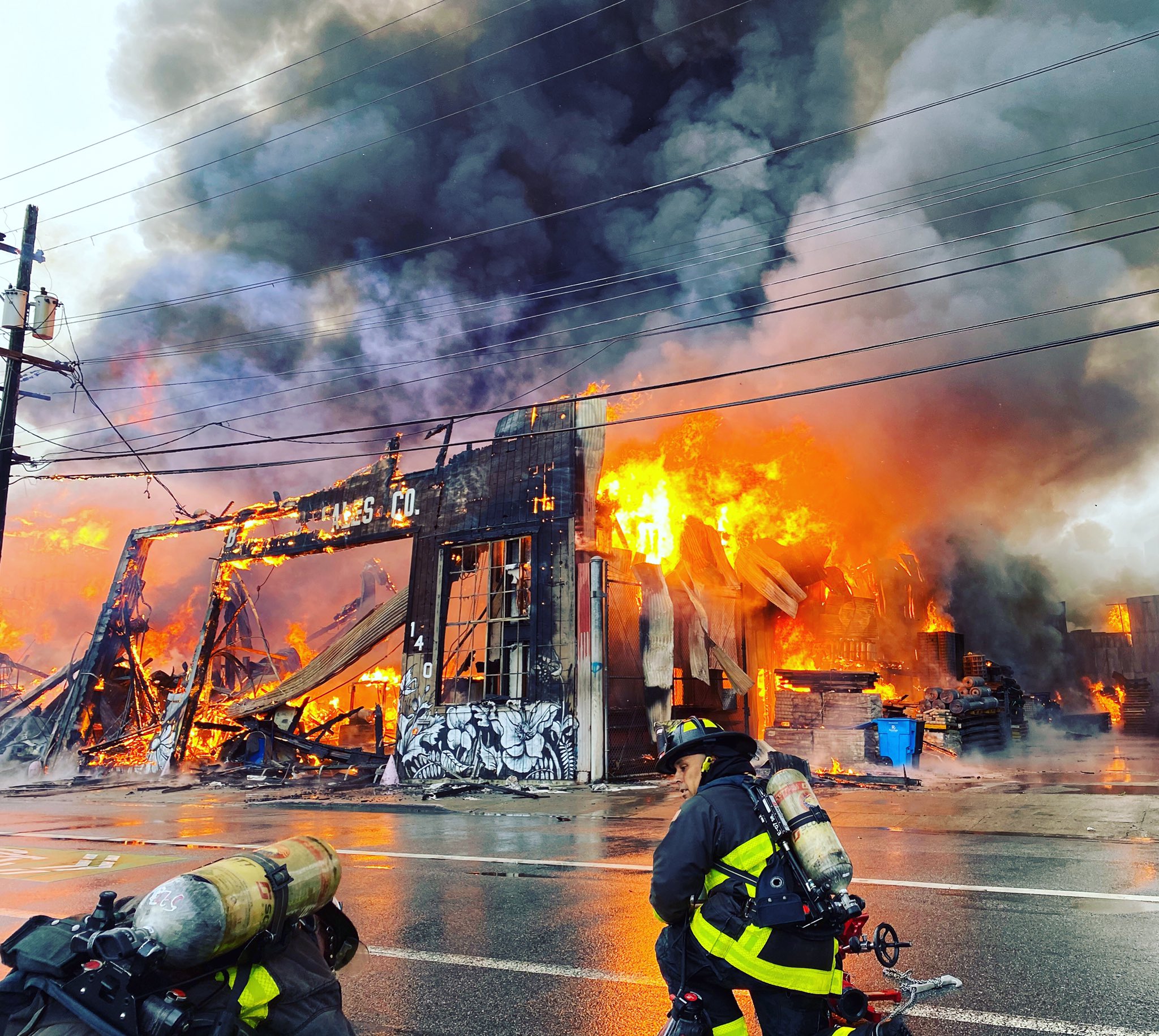 Master stream set up. #5thalarm this morning. Original dispatch came in as a “small outside fire” with 1 engine, 1 truck and a Chief. As crews got on scene they quickly realized they were dealing with a large #fire with access issues and a heavy fire load. pic.twitter.com/A8Gtbu1ATL

Lt. Jonathan Baxter, Media Affairs for San Francisco Fire Department (SFFD) said the area bordered the SOMA and Mission districts. SFFD remained on fire watch placing water on “hot spots” so there would be no flare ups. One firefighter was injured, taken to SF General and released.

The Red Cross and City of San Francisco are providing assistance to three displaced residents for housing and more.

Additionally, there was a mattress fire at 140 14th Street Monday, July 26, within a homeless encampment at approximately 11:30 p.m. Fire investigation task force is conducting investigations of both fires.

SFFD will be on the scene for two to three more days. The 100 th block of 14th street remains closed to pedestrian and vehicle traffic throughout the week.

SFFD is working with GlassAll, a glass company, in another location to rearrange for their deliveries.

Six buildings were involved, two completely destroyed including artists and coalition housing.  Four buildings were severely damaged and one-to-two of those might have to be demolished.

A pet cat is also missing and no remains have been located.

The cause and origin of the fires are unknown.