It’s a character study. One that marks the spaces in between conversations. The silences, moans and groans. It’s about someone living in a parallel world of dreams and a patchwork of memories.

Leo (Javier Bardem), a writer, is suffering from dementia. Barely able to live on his own. Tended to by a caregiver. His life is managed by his twentysomething daughter Molly (Elle Fanning), a journalist, who is torn between her career and his day-to-day needs. She is bewildered by his lapses. Molly: “Where have you been all day dad?”

Javier Bardem and Selma Hayek in The Roads Not Taken

Exasperation comes with the territory. Leo is oblivious to the amount of attention he needs and the time she gives him. He’s floating in and out of reality—more and more. And on this day, his determined offspring is taking him to the dentist and other appointments. Their story is told over a 24-hour period.

The main problem for this well-intentioned project, by writer director Sally Potter (Orlando), is that it focuses on a writer who second guesses the choices he has made in life. Many of them selfish. He stopped to form a family, but there is no indication that he appreciates what he has. It’s easy to sympathize with the disease. Not so much with the self-involved man. A touch more empathy might be placed with his daughter, but in ways her ineptness tests your patience too. A responsible person, when taking a man with cognitive deficits into a store, would watch him like a hawk. She flubs that. 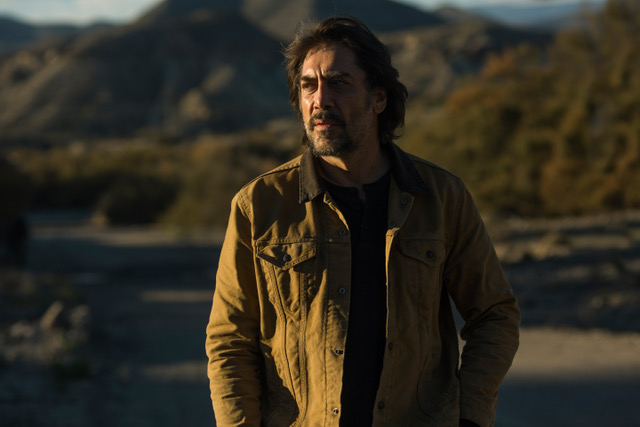 Plausibility isn’t a major concern in Potter’s underdeveloped script. Sympathetic characters also are not high on that list. She guides the actors like a drama coach working with students, rather than an astute director helping Oscar-caliber professionals find the core of their characters. Her process of taking this well-intentioned premise from story to script to screen seems like it skipped a couple of steps.

Bardem’s interpretation of what’s on the page is as well formed as it can be. He searches for depth that doesn’t exist in this fairly shallow role. In the film The Sea Inside, Bardem played a quadriplegic with even less control of his body and could only use his head to communicate. He was far more expressive in that movie largely because its screenplay and direction gave him the tools he needed to do a stellar job.

Fanning seems to grasp at straws. Laura Linney plays her mother like she is doing an off- Broadway play. It’s a very studied performance that never finds the emotional core of the estranged wife. Selma Hayek, as Leo’s old girlfriend, is wasting her talent. 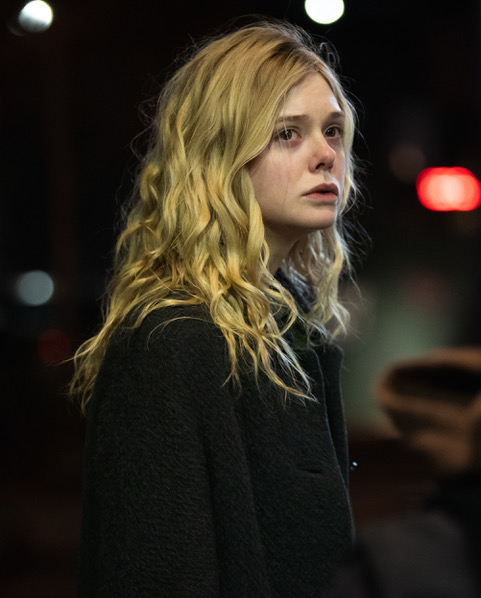 The artistry that surrounds this family portrait is impeccable. Subtle string music cries and sings a constant dirge (composer Sally Potter). The colors (salmon and lime colored walls) are so beautiful that they almost steal your eyes away from the story (art directors Bárbara Perez-Solero and Linda Wilson). Leo’s New York apartment, his old house in Mexico, a waterside bar in Greece, a seedy NYC garage—they all represent his surroundings and backlight his tale in the most atmospheric ways (production designer Carlos Conti, The Mustang; set decorators Deila Picirilli and Linda Wilson).

The lighting, which is equally exquisite, flatters the deep crevices of Bardem’s aging face. The composition of each shot is pure art, from hallways, to bedrooms, to kitchens (cinematographer Robbie Ryan, The Favourite)

Maybe if Leo was so evil in his last life, his current purgatory would be karmic and more compelling to watch. Maybe if he had been a saintly man previously, the tragedy of his current situation would be absolutely heartbreaking. Neither is the case.

As is, audiences may find it a struggle to like Leo. A struggle to like the film. That’s unfortunate, since so many adults are becoming caregivers to parents with dementia. This could have been a road map for many. Instead it ends at a fork in the road.