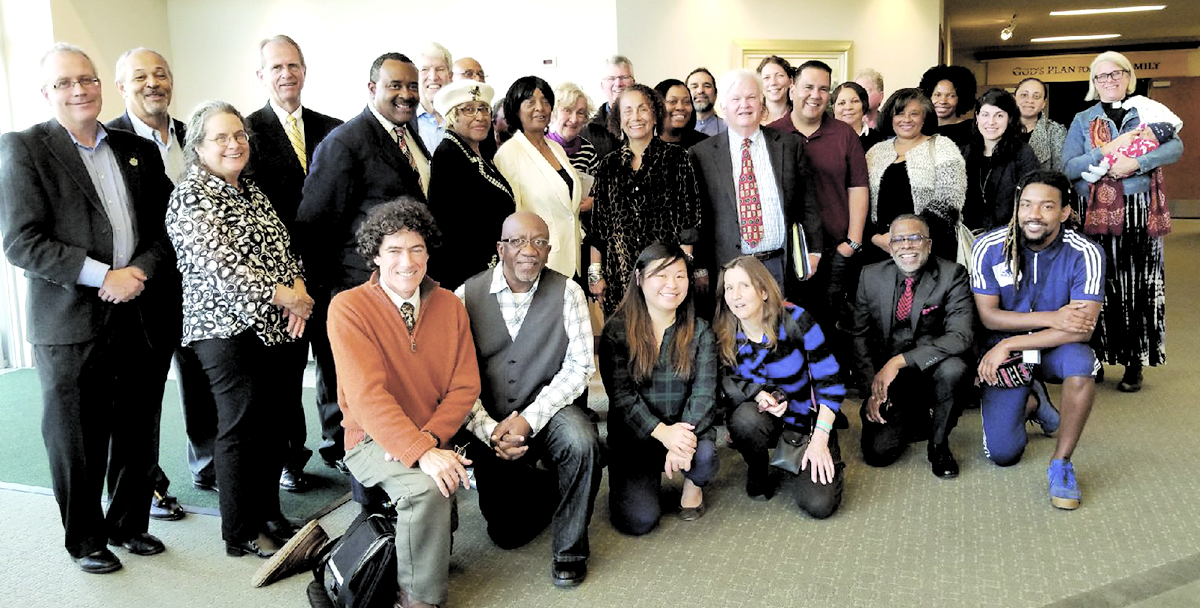 The City of Oakland and Mayor Libby Schaaf have been reluctant to embrace a solution for homelessness that is being promoted by the Interfaith Council of Alameda County (ICAC). However, the project is moving ahead with the determination and creativity of faith leaders, community advocates, city council members and members of the Alameda County Board of Supervisors.

Under the plan backed by ICAC and others, local churches would lease their parking lots for temporary housing and safe car-parking areas, including bathrooms and garbage disposal, for homeless residents.  Nonprofits, the county and other organizations would help cover the costs, and the city would provide the insurance coverage.

The churches, including as many as seven in West Oakland, would hire a coordinator who would work nightly to handle any issues that might come up at the encampments.  One obstacle to the plan arose when the City Attorney Barbara Parker said money could not be spent for insurance.

ICAC members devised a work-around that would allow the project to continue.

“Churches have a vast amount of property in Oakland that is not being utilized during the week, especially at night hours,” he said.  These are prime locations for homeless encampments for small houses and safe carparks.”

The churches also have facilities that can be used for classroom space for job and career training, as well as to provide county health and human services.

Pastor Chambers said he has visited homeless encampments, where he saw that many of the homeless were elderly.

“There are 3,000 unsheltered homeless living in Oakland, not counting those who  are a step away from being out on the streets,” he said.

“This crisis did not happen overnight,” he continued. “It is a slow-moving disaster that has been growing for years.”

Pastor Chambers said ICAC has met with all the members of the City Council, and they are supporting the concept of the project.  Especially helpful have been Councilmembers Rebecca Kaplan, Annie Campbell Washington, Abel Guillén and Noel Gallo and Alameda County Supervisors Nate Miley, Keith Carson and Wilma Chan.

Leaders of ICAC say it is crucial right now to let the homeless know that Oaklanders welcome them as part of the city and that residents demonstrate their humanity through actions that show they care about their neighbors in need.

On Good Friday, March 30, ICAC will meet at the Corinthian Baptist Church 920 Castro St. in Oakland, and march to downtown and West Oakland homeless encampment sites with care packages.

Among those participating in the march will be Rev. Chauncey Mathews of Corinthian Baptist; Rev. Jim Hopkin, pastor of Lakeshore Avenue Baptist Church; Rev. Thomas Harris, Pleasant Grove Baptist Church; Rev. Scott Denman, rector of St. John’s Oakland Episcopal Church; Blasé Bova, executive director St. Vincent de Paul;  as well as Councilmembers Campbell Washington, Gallo and Kaplan.
“We will meet, have prayer and instructions, then march out to the homeless encampment sites with the care packages,” said Pastor Chambers.
Mayor Schaaf did not respond to a request for comment.

Oakland Students Head to D.C. for  “March for Our Lives” Demonstration

Protests Continue in Killing of Sahleem Tindle by BART Cop