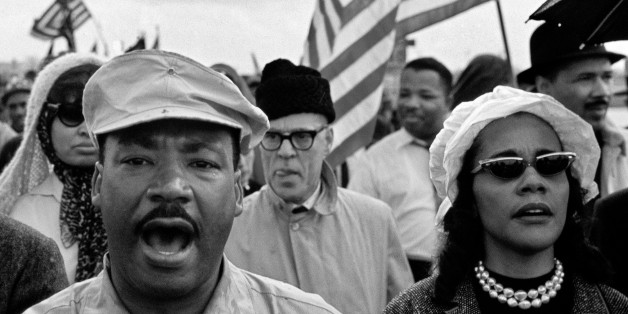 The Trump administration has launched an unprecedented rollback of civil rights and voting rights. Those who care about building a more perfect union face harsh headwinds.

Instead of a reconstruction, we are faced with a retrenchment, an effort to radically reverse the gains that have been made by women, people of color and the LGBTQ community.

Instead of understanding that expanding civil rights is a vital therapy to heal this nation, the Trump administration views it as a threat to its rule.

The rollback is government wide. The Labor Department has announced plans to disband the division that polices discrimination among federal contractors as a “cost cutting measure.”

The Department of Housing and Urban Development has revoked guidance on a rule that allows transgender people to stay in sex-segregated shelters matching their gender identity.

Attorney General Jeff Sessions, formerly a senator representing Alabama, has led the rollback. The DOJ has reversed its opposition to a Texas discriminatory voter ID law.

Sessions has announced that he would review consent decrees that the Obama Justice Department made to reform police departments.

Sessions has ordered U.S. prosecutors to seek the maximum sentences, while moving to revive private prisons. The administration is gearing up for a national assault on voting rights, pushing measures that will make voting more difficult.

Women, people of color, the poor and the LGBTQ are the targets and the direct victims of this assault. But the entire country will suffer, as basic rights are denied, prisons are expanded, and hopes and dreams are stuffed out.

In Chicago this week, leaders from across the country will gather for the annual Rainbow Push National Summit. We will use this time to map out our response to this assault on all that we have fought for. Now is the time for citizens of conscience to join together to defend and expand basic civil rights.

We will work to defend voting rights, building the movement to add the federal right to vote to the U.S. Constitution. As some move to constrict voting, we will move to expand it.

We will demand that President Trump fulfill his promise to invest $1 trillion in rebuilding America, helping to generate real jobs doing vital things that need to be done.

We will defend sanctuary cities providing some support for undocumented workers with children.

As the Department of Justice retreats from the enforcement of civil rights, we will expand the pressure on corporations and governments to adhere to equal employment opportunity from the boardroom to the basement, from their contracts to philanthropy.

Dr. Martin Luther King taught us that “human progress is neither automatic nor inevitable . . . Every step toward the goal of justice requires sacrifice, suffering and struggle — the tireless exertions and passionate concern of dedicated individuals.”

Now, in this headwind of injustice, it is time for the tribunes of justice to move forward. Now is the time for citizens of conscience to come to the aid of their country.