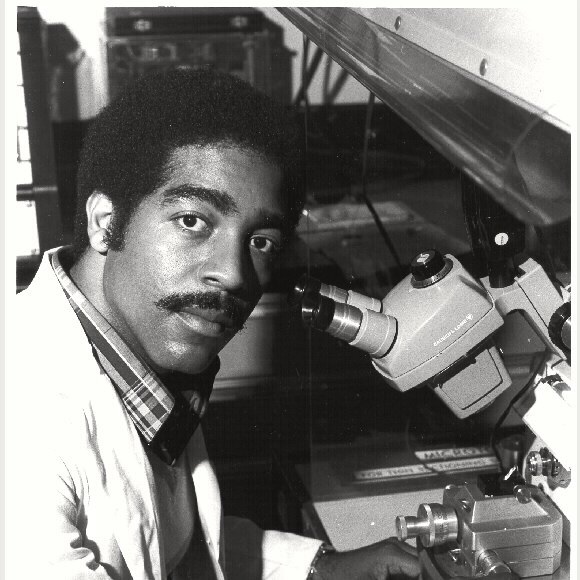 Evan B. Forde has been an oceanographer at the National Oceanic and Atmospheric Administration’s (NOAA) Atlantic Oceanographic and Meteorological Laboratory (AOML) in Miami, Fla., for 37 years.

Born in 1952, he received his early education in the public school system of Miami, Florida and earned a Bachelor’s degree in Geology (Oceanography Specialty) and a Master’s degree in Marine Geology and Geophysics from Columbia University in the City of New York.

Forde was the first African American scientist to participate in research dives aboard a submersible, and he has completed successful dive expeditions in several submarine canyons utilizing three of these mini-submarines. Evan has conducted scientific research in a number of oceanographic and meteorological disciplines.

His current research includes using satellite sensors to observe and analyze atmospheric conditions related to hurricane formation and intensification. Forde has been a versatile pioneer in scientific research and remains one of only a handful of black oceanographers in the United States.

Evan has also worked extensively in the area of science education. He personally developed and taught graduate level courses on Tropical Meteorology for the University of Miami’s INSTAR program for seven years (graduate teachers from his course teach an estimated 15,000 students per year).

He also created and teaches an oceanography course for middle school students in South Florida, authored the “Science Corner” in Ebony Jr. magazine for three years, and created a Severe Weather Poster for NOAA that was distributed nationally to 50,000 teachers and is seen daily by an estimated 8,000,000 students per day. He has spoken to nearly 40,000 Miami-Dade students during career days and other school presentations.

He has also been the subject of three museum exhibits, including the Great Explorations section of the Staten Island Children’s Museum, and he has been featured in numerous periodical articles, science text books as well as many other books and publications on prominent African American scientists.

He has a host of career and community awards that include having days named in his honor by both the City of North Miami and Miami-Dade County, Florida in 2009.

Since 2015, Forde has served as  the president of the Greater Miami chapter of the American Meteorology Society.

Opinion: Not Knowing This Trivia Could Cost You