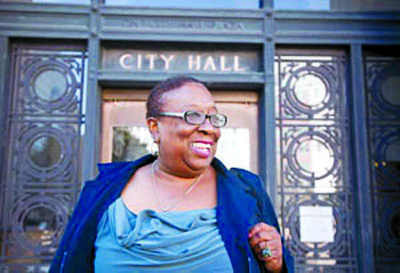 The U.S. Environmental Protection Agency (EPA) announced this week that it has entered into a final voluntary resolution with the City and Port of Oakland in response to a civil rights complaint filed by Earthjus­tice on behalf of the West Oakland Environmental Indicators Project.

The complaint stated that the City and Port of Oakland have been engaging in a pat­tern of conduct for decades that expanded freight activi­ty at the expense of increased pollution in predominantly Black communities in West Oakland Wednesday, after more than two years of negotiations, the final resolution acknowledges the problem, but lacks the meaningful requirements and real com­mitments by the City and Port of Oakland that are necessary to finally address the freight pollution crisis in the surrounding communi­ty, according to community advocates.

Under Title VI of the Civ­il Rights Act of 1964, recip­ients of federal funds, like the Port of Oakland, have an obligation to avoid actions that result in unjustified un­equal impacts on the basis of race, and to consider the risk of unequal impacts be­fore approving projects. 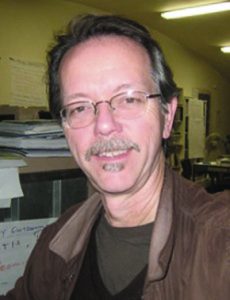 “The EPA has concluded that the Port of Oakland is violating our civil rights in West Oakland with the pollution they’re pumping into our air, but the agency hasn’t given us a plan with real teeth to make the Port do something about it,” said Brian Beveridge with the West Oakland Environ­mental Indicators Project (WOEIP). “The complaint brought us a lot more pro­cess, and several new plans, but we’re still waiting for the clear targets and mea­surable actions that will quell the toll on human health in West Oakland. It’s time for Mayor Schaff to do something about it.”

According to Marga­ret Gordon, also with W.O.E.I.P., “The City of Oakland has yet to form a budget or add the necessary staff to make policy deci­sions and provide public health protections for this community.”

Both the U.S. Environ­mental Protection Agency and the U.S. Department of Transportation agreed to ini­tiate an investigation of the complaint after it was filed in 2017, effectively agree­ing, along with virtually ev­ery state and regional public health agency, that the City and Port of Oakland cannot continue to ignore the im­pacts their decisions are hav­ing on this community. The final resolution represents a missed opportunity to re­duce deadly diesel emis­sions in West Oakland, say the W.O.E.I.P. leaders.

W.O.E.I.P., together with Earthjustice, say they will continue to push for greater protection and fairer treat­ment of the community surrounding the Port of Oakland and look forward to working with the city to achieve a forward-looking, zero-emis­sions port.