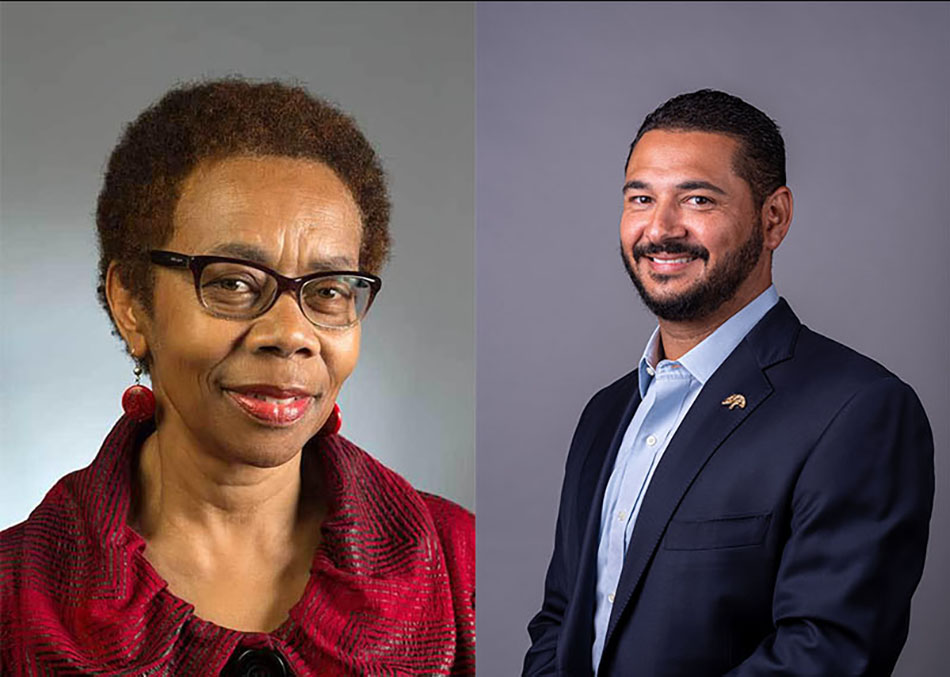 Parker has been in the office since 1991 and was elected City Attorney in 2013.  She is a graduate of Harvard Law School and is a single mother of one, and a grandmother of two. Parker lives in District 2.

Ferran joined the Oakland City Attorney Office in 2008 and left in June of 2020. He is married with three children and attended law school at Loyola University in New Orleans with a brief post-Katrina evacuation stint at the University of San Francisco.  Ferran resides in District 6.

In their own words, here are their brief thoughts on the three issues: 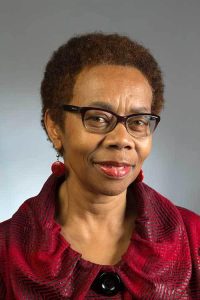 I envision Oakland as a city of progressive neighborhoods, policies, and actions. Since becoming City Attorney, I proved my commitment to housing rights and homelessness prevention by authoring/sponsoring tenant protection legislation, such as the EQUAL, Fair Chance and Eviction Moratorium Ordinances.

I pursue strategic litigation to protect vulnerable tenants from abusive landlords. My commitment led to energizing our community-directed Neighborhood Law Corps (NLC), in part seeking to preserve Oakland’s racial, income, and professional diversity. The NLC has filed lawsuits that resulted in the creation of affordable housing.

In one case of substandard housing and numerous code violations, we secured a $485,000 settlement, the owner was removed and 90 units of affordable housing were created for 55 years.

I believe individuals re-entering from incarceration should not be penalized in housing, so I co-sponsored an ordinance prohibiting consideration of criminal records in rental housing applications. Because aggrieved tenants deserve protection and compensation, I secured over $1 million in various case settlements, successfully intervened in over a dozen cases during the pandemic to immediately protect tenants, allowing them to stay in their homes and stop landlords from removing belongings and changing locks.

My commitment to affordable housing and alleviating homelessness is absolute.

As a member of the human species, I recognize climate change as our existential challenge. In response, as City Attorney, I have not been afraid of going after the big guys. I have not shied away from suing -and will continue to go after multinational corporations for damaging our environment.

As a lead plaintiff, we have agreed to $550 million to settle a class-action lawsuit against Monsanto for contaminating waterways across the country with toxic chemicals.

I am prosecuting a public nuisance lawsuit against five major, international fossil fuel companies, including Chevron and Exxon Mobil, for their role in global warming.

After hard-fought litigation, Oakland and nine other cities and counties secured a $305 million settlement from lead paint manufacturers to clean up lead paint that poisons tens of thousands of children in California; and I successfully sued a company for discharging massive amounts of dangerous dust potentially containing asbestos or other hazardous materials into West Oakland neighborhoods and the City’s stormwater system.  I continue fighting to stop the handling and storage of coal at the former Oakland Army Base. I vow to continue as a relentless protector of our environment.

As City Attorney, I believe in pushing the envelope as far as legally and ethically possible to protect Oaklanders. My actions extend to stepping in when regulatory institutions fail us. It is no secret that the banking industry, including Wells Fargo, has taken advantage – illegally – of low-income and communities of color.  In response, I filed a lawsuit against Wells Fargo for predatory and racially discriminatory mortgage-lending practices against African American and Latinx borrowers in violation of the federal Fair Housing Act. Wells Fargo fought back with its considerable legal resources and money.

Nonetheless, in our David vs. Goliath story, the Federal Court of Appeals recently upheld Oakland’s right to proceed with our lawsuit.  This lawsuit seeks to stop these predatory practices and to compensate Oakland for lost property taxes and other damages the City suffered as a result of the foreclosure crisis that resulted in part due to predatory lending practices.

I will continue to seek ways to protect Oaklanders financially, be it against big banks, payday lenders, or others who try to take undue advantage of our residents.

For more information go to  http://www.parkerforoakland.com 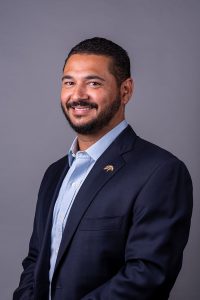 Many in my generation of Black Oakland residents despite, education and good jobs are not able to purchase property in the City.  In addition to dealing with the COVID pandemic, we are still experiencing the consequences of discriminatory policies such as redlining and an affordability crisis. Due to discriminatory lending and housing practices, those who inherit property are unable to benefit from an increase in equity that would allow them to maintain the property. About 70% of homeless people in Oakland are Black residents, and we must work with the unhoused community, homeless advocates, City staff, and councilmembers to provide real solutions to this humanitarian crisis. Those solutions include a range of emergency, transitional, and permanent housing. As City Attorney, I will work with councilmembers and City staff to make sure these policies are legal and enforced. We must also call on Alameda County to play a great role in providing mental health and housing solutions.

The housing affordability crisis is not only an Oakland problem, but it is also a regional problem that requires regional and state-wide cooperation and solutions. The City can, however, improve the elements within its control such as the zoning and permit process.  As City Attorney, I would encourage the City Council to implement fair and equitable policies that encourage homeownership within Oakland.  This can be accomplished by the following: (1) Establishing a dedicated California Environmental Quality Act (CEQA) attorney within the City Attorney’s Office; (2) Recommending amendments to the California Building Standards Code to the Building Standards Commission; (3) Reviewing and updating regulations affecting the Planning and Building Dept.; (4) Creating and implementing a faster Planning and Building Dept. permit process; (5) Streamlining the process for building accessory dwelling units (ADU’s); and by (6) Effective use of state density bonus rules for new housing.

These are unprecedented times. We are seeing wildfires spread across 3.1 million acres in California thus far, forcing thousands out of their homes. This is in addition to a pandemic with no end in sight that is disproportionately hurting low-income communities of color.  Make no mistake, we are seeing the devastating consequence of climate change right before our eyes. We need climate leadership now because the alternative is not an option.

I am running for Oakland City Attorney because I believe that it is incumbent upon every one of us to build a sustainable future for our children and grandchildren. We cannot sit idly by when corporations are diminishing the air quality in our neighborhoods. As City Attorney, I will fight to hold accountable industrial polluters and work to equitably reduce Oakland’s climate emissions.

I will actively enforce the City’s Equitable Climate Action Plan (ECAP) to minimize Oakland’s contribution to climate change, focus on creating good green jobs, and improve air quality.  I will be a visible, proactive, and progressive City Attorney, who will work to expand our capacity to be more responsive to the needs of our communities, especially those victimized by environmental racism.

Housing is arguably the greatest civil rights issue of our time. Historically, the government has instituted barriers to homeownership and tenancy for Black families. Neighborhood associations, landlords and financial institutions have all played a role, by promoting racial zoning laws and policies that discriminate against Black and brown homeowners seeking mortgage loans.

It is not acceptable that as recently as the early 2000’s Black communities were targeted with subprime mortgages by financial institutions. The Black community was deeply affected by the economic downturn that displaced many long time Oakland residents. The economic outcome of this pandemic is not certain; however, we must be pro-active and implement policies to prevent the same devastating effects that occurred in the last housing crisis.

As City Attorney, I will review the housing policy and laws that contribute to predatory lending.  We must make it easier, not harder, to build more affordable housing. While being mindful of development’s impact on historically Black and Brown neighborhoods, which through the years have faced increasing gentrification, further displacing working-class people of color out of Oakland. As City Attorney, I will create a space for open dialogue and more transparency, where stakeholders such as community leaders and housing advocates can participate in the process.

For more information go to http://www.eliforoakland.com